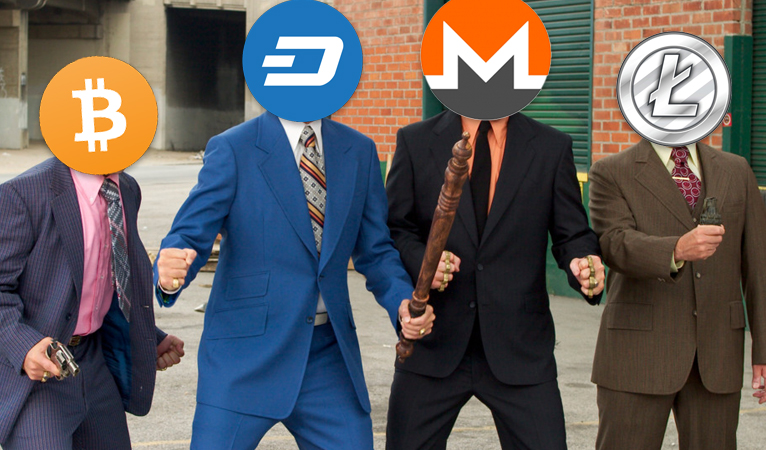 Bitcoin’s scaling fight. Monero trolls. “My coin is better than your coin” fights. Dragon’s Dens. Anyone who’s been around the world of digital currency for at least a few months, at some point a realization hits your square in the face: this place is full of loud and hostile people. This is certainly true to a certain extent, but it’s important to understand why. Through my years of wading through the murky bog of online comment fights, I’ve learned a few key things about the hostile nature of the crypto world.

Human beings have loads of different skills and specialties unique to each individual. Some, such as sales and maximizing interpersonal relationships, can be innate or learned, or a combination of both. While these skills are vital to any field, they are less immediately pressing in the tech sector, where the ability to write code is king. You therefore will tend to see people in cryptocurrency who have less developed social skills, and the effects of that lingering cypherpunk culture lingering even while the tech goes more mainstream.

Most of cryptocurrency’s communications naturally happen online, and due to the pseudonymous (or outright anonymous) nature of field, many players will be hidden behind an identity other than their legal one. The result is that it’s harder to develop empathy with your conversation partner if you can’t see or hear them, and significantly reduces the cost of being hostile. Add the inability for the consequences of bad behavior to fall on your real identity, and there are considerably fewer incentives to be nice.

All corners of the tech world have their certain fanboy wars, but with cryptocurrency it’s even crazier. This is because these coins are in fact distributed networks, and benefit from a strong user base. The more people use it, the better the experience is for everyone, and that makes said users want people using other coins to go use theirs instead. There’s a stronger economic incentive behind “my coin is better than your coin.”

The cryptocurrency world is still a very fledgling industry. Big fish, small pond. It’s easy to get established as a prominent figure if there’s not very much competition compared to other more established fields. This, combined with the anonymous nature of the space, makes its early days a magnet for bad apples who have been rejected in other areas of society. If the rest of the world doesn’t want to deal with you, come to a new field where no one knows who you are and everyone is needed. Who cares if you can’t get along with anyone.

Despite all I’ve said above, there’s plenty of great, social people in the cryptocurrency world. They might not be in as large percentages as you might find elsewhere, but there are plenty enough to make a difference by themselves. It’s important to see the hostility, recognize it as an element of the war zone that is the cryptoverse, and continue with your mission. Don’t get discouraged, but instead surround yourself with people dedicated to making a difference while not being hated. That’s a surefire way to disempower the trolls: move on without them.