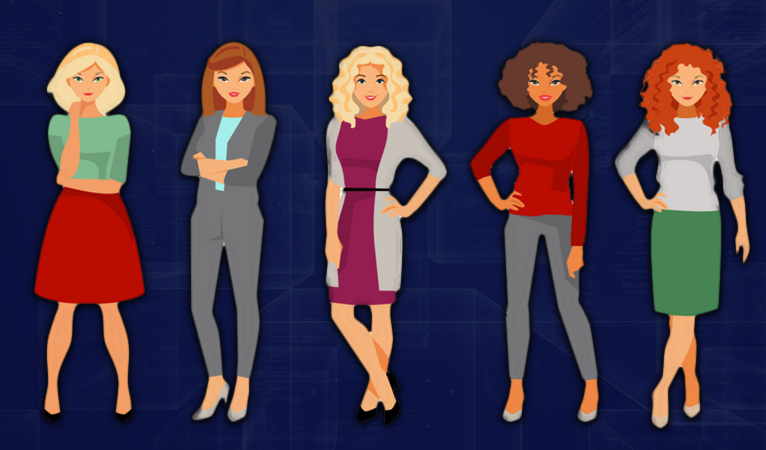 In a recent podcast, the subject of increasing participation levels of women in blockchain came up, a goal for which I expressed enthusiastic support. However, I received some comments pushing back against this idea. It seems as though not everyone is completely sold on the idea of explicitly targeting the female demographic for inclusion into the cryptoverse. As such, I might as well explain more thoroughly why I think we need women in blockchain.

Simply put, the initial promise of cryptocurrency was censorship-resistant money for the whole world, and the main premise behind all blockchain technology is its permissionless nature. In order for it to be useful anyone should be able to use it, but in order for it to be world-changing basically everyone should be using it. To leave out giant swaths of a demographic equaling about half of the entire planet is antithetical to this purpose. In particular, decentralized and permissionless tech has often been masterminded as a tool to help those traditionally underserved by current institutions, and in many countries women disproportionately make up this key target group. If anything, the female demographic should be the first one targeted.

As shown by the entire premise of this article, a significant percentage of cryptocurrency users are male. According to Google Analytics data compiled by Coin.Dance, only 8.78% of engagement related to Bitcoin stems from female users. While our viewership statistics for Dash News reflect a higher percentage than the cryptocurrency average at 12.6%, the theme remains the same: relatively few women are engaged. Rather than seeing this as purely a negative, however, I’d rather view it as a unique opportunity. Those who haven’t yet been reached are, relatively speaking, “low-hanging fruit” compared to those who have already been reached and remained uninterested.

Think about it: Purely from a numbers game, marketing and outreach that manages to reach a certain number of individuals will almost certainly succeed in engaging only a fraction of those reached. Messaging in ways that have historically reached a male-dominant demographic runs a higher risk of reaching many who have already heard the message and showed no interest, with a smaller total percentage of those reached ever representing conversions. Messaging to a female audience runs a much lower risk of repeat-targeting, thus maximizing the percentage of new people reached over the result of targeting a male audience of similar size. From a numbers standpoint, specifically targeting a female demographic may actually prove to yield a much higher rate of conversions than continuing to target a male demographic. That is, if the underlying premise, that cryptocurrency is a liberating technology for the whole world, is true.

About that premise. Right now, hundreds, if not thousands, of cryptocurrencies exist, with many more sub-projects, all powered by an even greater number of developers. But how many legitimate cryptocurrency users are there today, especially once pure hobbyists and these developers themselves are excluded? That number is likely extremely low. This is to be expected with experimental tech, but a decade after its inception it’s definitely time to start acquiring real use.

There is no explicit reason why men represent a significantly higher percentage of the blockchain industry than women. If I were to hazard a guess as to why, however, it would probably go something like this: men have higher participation rates in STEM fields. Blockchain, still in its foundational development stage, mainly attracts users from STEM. As a result, many more men than women are interested in cryptocurrency. However, in order to be successful on a global scale, blockchain projects need marketing, sales, support, product development, market research, and other fields that are necessary to expand to a consumer-serving stage. Many of these do not suffer from the “STEM barrier” in demographics that has affected cryptocurrency so far. At this point it may be a bit of a “chicken or the egg” situation, where expanding blockchain to consumer markets will lead to less lopsided demographics, or involving more women in blockchain may push the industry in a much-needed mass-market direction. Probably a bit of both.

Finally, even assuming a coder-heavy cryptoverse, it’s in our best interests to involve as diverse demographics as possible. A system designed with the whole world in mind has a much better chance of reaching its goal if a wide variety of perspectives are consulted. Time and again, those of us on the ground pushing for adoption have had to relay feedback from regular users and merchants back to developers, communicating unforeseen issues. The most streamlined process, however, occurs when intended end users are represented in the ranks of developers themselves. The best user experience improvements I’ve witnessed have come from developers acting as regular users, and building something they themselves would use.

As such, the best tech will always be created by those with the most real connection to the problem they aim to solve. If we’re trying to revolutionize the whole world through decentralized tech, we’d be foolish not to include women.