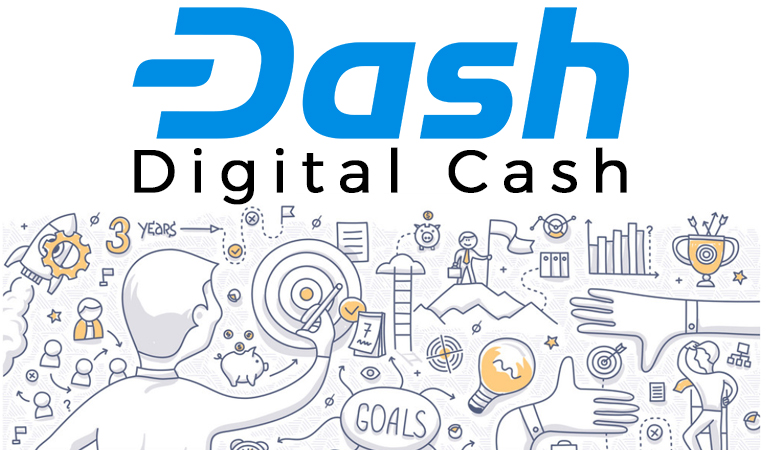 Several friends at conferences recently have echoed a sentiment that I’ve held myself for a while, that the Dash community tends to hesitate on pushing mass adoption. This is because of the upcoming Evolution platform all the ease of use that it promises to deliver. At the risk of upsetting some people who may have espoused this approach, I feel strongly that the greatest innovation of Dash’s to date may have ended up being its biggest barrier to taking over the cryptoverse.

Many well-meaning Dash advocates have a loser mentality

This is where I have to be careful, because the “L-word” is mostly used as an insult, and I don’t at all intend it that way here. What I mean by a winner mentality vs. a loser mentality is the approach and mindset required to achieve and accomplish vs. one that hampers chances of success. There’s an idea with many Dash proponents I know that pushing for adoption among the general public is a lost cause before the release of the Evolution platform and its ease-of-use features such as simple usernames and sleek interfaces. This mentality is essentially that of not believing Dash adoption to be possible outside of perfect conditions. That is a surefire way of losing out in the adoption race, while other projects with can-do attitudes push significantly inferior products to market. The “EvoLoser” mindset of sitting on one’s hands until Evolution comes out has set Dash back significantly, in my opinion.

The biggest problem with this mindset, worse than the self-fulfilling prophecy it enacts of ensuring that nothing gets done until everything is perfect, is downplaying what has been achieved already. Dash has a long list of accomplishments including longstanding and never-broken privacy functions, instant permanent settlement, fully incentivized decentralized ecosystem, effective governance, mining difficulty adjusting every block, and more. In a field where many competitors can claim only one achievement similar to these, treating them as useless without Dash’s eventual coup de grâce needlessly throws away years of hard work and innovation. Worse, it stakes it all on something that promises to be amazing, but doesn’t exist yet. The full size and scope of the Evolution platform has made it notoriously hard to implement, and that means there’s a significant risk that it won’t turn out as expected. Betting everything on this, when you have something that’s already top-level to bring to market today, is pure folly.

Dash is already years ahead of competitors

I don’t want to come off negative about the other great projects in the space, however at some point we have to acknowledge that many of the top coins are right now grappling with issues Dash solved years ago, which is a lifetime in this space. Mass scaling that Bitcoin is taking a stab at through the Lightning Network? Dash already has eight times the capacity (double the block size, one fourth the block interval), with plans to scale much larger when necessary, including building out the infrastructure required. Governance, development funding, and protection against double spends for Bitcoin Cash? Solved years ago with Dash’s DAO and InstantSend. The great proof-of-work vs. proof-of-stake debate that is leading some to consider a hybrid system? Dash has had staked masternodes combined with regular mining for years, with plans to implement a sort of direct collateralization of sorts for mining in the future.

Now remember: all the projects mentioned, and many not, are right now aggressively pushing their offering to market. They are confident that their product, which Dash considers to be noticeably inferior, is more than good enough for the masses. The “EvoLoser” approach will do nothing but push Dash further behind projects that can’t serve customers nearly as well, and to allow that to take place is a great injustice.

How many years has the cryptoverse lost because of this mentality?

Time is precious, especially in this emergent and disruptive field with throngs of hungry and innovative competitors and massive power structures ready to crush all threats to entrenched systems. Many acknowledge that Bitcoin’s civil war set adoption back years, with the scaling fight and its chain split losing significant ground in getting cryptocurrency used as money. From my memory with this new context, the same happened with Dash. When Bitcoin stopped working as peer-to-peer electronic cash in late 2016, myself and a select few others switch to Dash. However, the loser mentality was already in place with many advocates, and what should have been a mass exodus from Bitcoin to Dash ended up floundering, trickling to Ethereum, the until-then-abandoned Litecoin, and now Bitcoin Cash. From speaking personally to people who were caught up in this event I’m very confident that, had Dash pushed aggressively to be the top payments cryptocurrency two years ago, we would be on top by now.

A mistake once is a mistake. The second time it becomes rather a bit more intentional. Don’t knowingly make Dash lose.