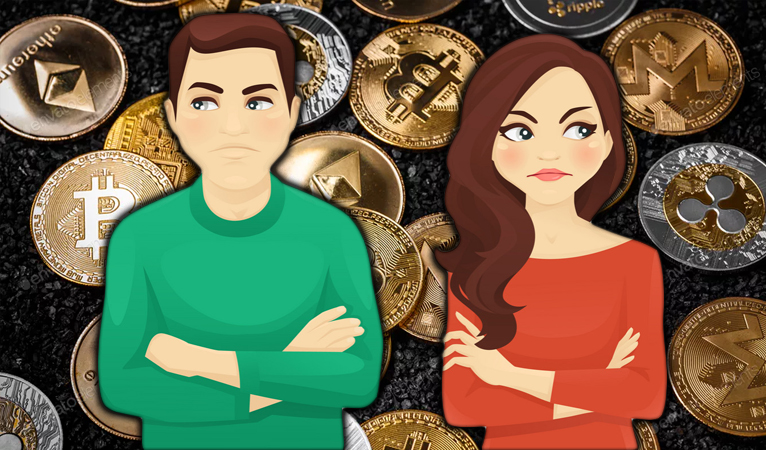 If you’re a crypto fan, you’ve probably been brushed off before by friends, family, and coworkers who are simply uninterested in what for you is a passion of supreme importance. Wouldn’t the world be a better place if everyone cared as much about blockchain technology and was as excited about its potential as you? Actually, no. The world needs to care much less about cryptocurrencies, not more, in order for them to properly flourish and survive. Here’s why.

Time will show that nearly all coins are ridiculously overvalued

It’s not overly controversial to say that most of the cryptoverse is overhyped and overvalued. However, as a crypto fan, you’re probably not pessimistic enough. While time-tested market competition will eventually weed out all but the best projects, most can likely be disqualified right now. The only thing keeping them going for the time being is an overall sense of positivity and patience towards the industry as a whole. The sooner that ends and the surviving coins get to be fairly evaluated against each other without all the noise, the better.

Right now, a relatively small subset of crypto projects has a working product, and nearly none are used in regular commerce with any meaningful regularity or scale. In fact, if all blockchain-based projects disappeared off the face of the earth tomorrow, if one discounted speculative investors and the industry built entirely around serving them, the commercial disruption would be quite minimal. Even the most developed projects with a working product are essentially stuck at this public beta stage, where everything works as advertised, only not well enough (or publicized well enough) to be used with any sort of scale. A decade in and crypto is still largely a research project, because countless fans and investors are excited about the tech and completely satisfied to simply see it existing and working, without a thought to it reshaping the business world. A healthy dose of apathy would help spur the movement from experimentation to commercial deployment.

From all the anecdotal evidence I’ve been able to gather over the better part of a decade I’ve been involved in the industry, the number individuals using anything blockchain-based as a complete substitute for more conventional tools has been shockingly low. There’s a reason for this: user experience is pretty terrible across the board. Most wallets, transactions, etc. work just well enough to satisfy someone trying out their favorite coin out of fandom, but are far from usable enough to persuade the average non-user to become a user. Fans are simply willing to give a pass because they care about the tech and are excited to be using it, and this delays its development into a workable product ready for a global stage.

Even worse, however, is the patience crypto fans have with the broken fundamentals of most projects. How many coins are reasonably secure against 51% attacks and other major disruptions? How many have the ability to take on millions of daily transactions in short order? How many have a long-term plan for growing at mass scale, remaining secure, and not experiencing critical failures along the way? The present casual approach to basic security and functionality only persists because people are excited that the tech exists and willing to give it every benefit of the doubt.

A reorientation to freedom principles, and away from “same thing but on the blockchain,” is needed

Finally, a lack of apathy has led to a casual relationship between the founding principles of cryptocurrency and the end product. The whole reason all this began to matter in the first place was decentralization, censorship resistance, immutability, and, more importantly, the byproduct of these elements: freedom. Sure blockchain technology may have the ability to streamline certain industries, but that’s not its main benefit. It’s meant to shake up power structures, remove restrictions on use, eliminate the need for third parties, and expand access to technology and money to the entire world. In the absence of apathy, people are willing to utilize crypto entirely through trusted third parties, rely on custodial wallets, and support developments which inherently centralize the ecosystem and subject it to the same restrictions as apply to the old financial system. These technologies are allowed to persist “because blockchain.” A hard dose of apathy forces a reexamination of what made crypto great in the first place: the human demand for freedom.

Apathy will be here sooner or later. It’s best to vaccinate the ecosystem now to ensure it’s strong enough to withstand the tough times ahead.