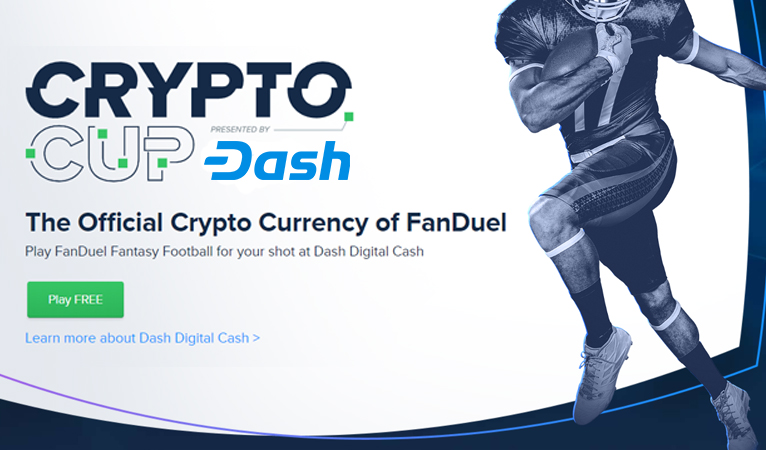 Over the past week, a post surfaced in the Litecoin subreddit, highlighting a recent Dash partnership with fantasy sports site FanDuel:

Why can’t Litecoin get a sponsorship like this? from r/litecoin

The ensuing conversation included a lot of back-and-forth between fans of both coins, with lots of accusations and negativity. Many users were even banned from commenting by the forum’s moderators, despite no hostility and impoliteness. Lost in all this discussion, however, was anything approximating a serious discussion on the original question.

So why can’t Litecoin get a sponsorship like this? Let me give you a thorough, long-winded answer.

“Spontaneous partnerships” are a myth

A great unspoken myth in the modern cryptocurrency world is that integrations with businesses and services tend to happen “organically,” or seemingly out of nowhere. This is probably due to the incredible energy that the former Bitcoin revolution generated, which inspired countless individuals to put significant amounts of time, effort, and funding into seeing it adopted everywhere. Because no one “worked for Bitcoin,” there was no internal memo explaining who was secretly working on what, and when the fruits of extensive labor were revealed, it seemed like a surprise miracle to the community. Now, fans of many projects expect the same experience of spontaneity without putting in the hard work to make these dreams a reality. When a project seemingly “ninja-launches” an exciting new partnership, it’s easy to ignore the work and simply get jealous.

It often surprises me just how immature and callous some cryptocurrency fans can be towards the needs and concerns of businesses. It’s understandable for fans to get excited about a favorite project that for them is a hobby, while living their own life with trusted bank accounts, payment platforms, and reliable systems that they can count on to not break down, while at the same time trying to aggressively push their hobby on businesses without any thought to whether or not it actually works. Bitcoin was built on solid tech, yet nevertheless burned countless business owners when the network became congested and practically unusable. Litecoin reached an average transaction fee of $1.50 at a mere 144,000 daily transactions in December of 2017. Whatever future improvements may be on the way to help the network to scale more smoothly and effectively, it is decidedly not ready for commerce today. Prudent businesses would certainly do their research before integrating with a large payment network, and to use something unreliable would be negligent.

A DAO lets anyone officially represent the project in business arrangements

The biggest challenge with trying to form business relationships on the behalf of cryptocurrencies is their decentralized nature. With peer-to-peer digital currencies, just about every actor works independently of each other, making cohesion a bit difficult. If someone negotiates an integration on behalf of a cryptocurrency, that person isn’t able to guarantee much of anything, including how many users of the coin support said integration, who will be willing to provide additional funding, what consensus is surrounding the development roadmap, what network experience can be guaranteed, etc. With a decentralized autonomous organization (DAO) like Dash, on the other hand, many of these can be guaranteed much more “officially.” A vote for proposal funding guarantees network-wide commitment on those first two points, while other network votes secure the last two. Anyone who has a proposal of this kind passed is as official a representative of the network as a member of the Core team’s business development department.

And, of course, the one important aspect in negotiating business deals: money. Many integration attempts are carried out like evangelism: spread the good word and hopefully they will convert. In the real world, most business negotiations include more than just a petition and a delivery of information, but rather a mutually-agreed, mutually-beneficial arrangement that includes exchanges of value of some kind. Sometimes this includes money, for example in the case of a service integrating a cryptocurrency that in so doing incurs development costs, and offering a promotional discount which incurs lessened per-purchase profit. A cryptocurrency with no self-funding has nothing of this kind to bring to the bargaining table, leaving negotiations to related parties such as payment processor companies who facilitate the use of said cryptocurrency, but may not have its best interests directly in mind. A party with resources will often negotiate in their best interests, not in the best interests of a whole group of people who have not put anything at risk. With a DAO, who benefits pays: the network seeks to benefit from a business arrangement, so the network pays. This properly-aligned incentive structure leads to many benefits when seeking new partnerships.

Don’t cry when someone does something better than you. Watch your competitors, learn what went into their success, decide if you have the means and will to put in the same (or greater) work, and then get going. But to simply express envy without any acknowledgement as to how these circumstances came to be, and without a plan to change them, is a loser’s mentality.