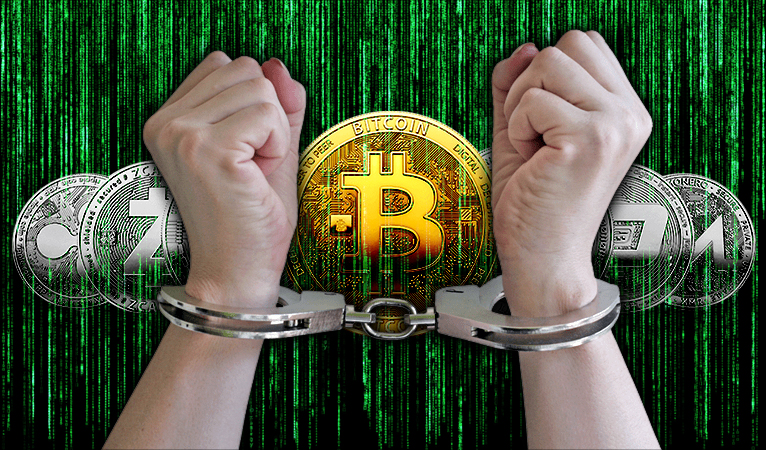 Another Silk Road arrest happened last week. Several years after the dissolution of the well-known dark web marketplace and hallmark of cryptocurrency’s early years, another vendor has been apprehended, according to a recent press release:

“Geoffrey S. Berman, the United States Attorney for the Southern District of New York, and Angel M. Melendez, the Special Agent-in-Charge of the New York Field Office of the U.S. Immigration and Customs Enforcement’s Homeland Security Investigations (“HSI”), announced the arrest and unsealing of a complaint charging HUGH BRIAN HANEY with money laundering, derived from the proceeds of his narcotics trafficking on the Dark Web site known as “Silk Road,” where illegal drugs and other illicit goods and services were regularly bought and sold by the site’s vendors and customers. HANEY was arrested this morning near Columbus, Ohio, and was presented before a magistrate judge in the Southern District of Ohio.”

Like it or not, we’re in a new era quite different from the early days. And quite soon, we may find that our understanding of cryptocurrencies were upside down, a revelation that could lead to some interesting shakeups in proponents and detractors of the technology.

It isn’t the “wild West” anymore

First and foremost, let’s be clear: the crazy early days are over. You can’t just buy anything you want with crypto with no restrictions, signups, consequences, and so on. You can’t mine off your laptop and get anything resembling significant profit. You can’t use a single address for payments over and over without random nobodys looking into your whole financial history. And, most importantly, you can’t just transact, particularly on a public ledger, and expect that no one’s watching. Everyone’s watching. The entirety of major chains is being analyzed all the time, being combed through to tease out trends, identify likely sources of economic activity, and learn more about blockchain’s real-world uses. But most importantly, people are looking, and if you don’t want something seen you should absolutely take that into account now.

“Legitimizing” funds seems to get people in trouble

Second, it seems like the major choke point for all cryptocurrency activity hasn’t changed: paradoxically, it’s fiat currency. Because mass adoption hasn’t been anywhere near reached, people still need to turn their digital cash into “real” cash they can use. According to U.S. Attorney Geoffrey S. Berman, that’s how they found and caught Haney:

“As alleged, Hugh Haney used Silk Road as a means to sell drugs to people all over the world. Then he allegedly laundered his profits – more than $19 million – through cryptocurrency. Today’s arrest should be a warning to dealers peddling their drugs on the dark web that they cannot remain anonymous forever, especially when attempting to legitimize their illicit proceeds.”

This should really open people’s eyes who were planning on keeping an entirely hidden financial life. Are you going to buy shampoo on the dark web? Is your favorite encrypted coin accepted at the gas pump? Can you buy a whole house, and pay the property taxes, without someone taking notice? Optimize for anonymity and you may lose general commercial use, which, quite paradoxically as well, can get you identified.

Third point should be obvious by now: cryptocurrency is actually pretty transparent. In fact, it’s probably the most transparent payment system around today. Because of its lack of connection to public identities many people falsely assumed it was the best tool to hide their economic activity from the rest of the world. The truth is, the best asset of cryptocurrency is in its public and auditable ledger, which actually makes it far harder to hide nefarious activity. The greatest asset of this technology is the opposite of what it was used for, and that’s become more apparent by the day.

Governments take advantage of transparency today, will fear it tomorrow

Finally, as a result of that third point, we’re going to see a whole new set of parties have a whole new set of opinions on the same tech pretty soon. Because no one knew how it worked, cryptocurrency was easy to use to hide things, meaning governments saw it as a problem. Increasingly, they are starting to find that it makes their jobs easier, not harder, and criminals will launder money through banks, cash, what have you. But before you know it, they may find that they, too, have something to hide, and if the whole world starts using public ledgers to transact, that may cut down significantly on their room to do bad things with their citizens’ wealth.