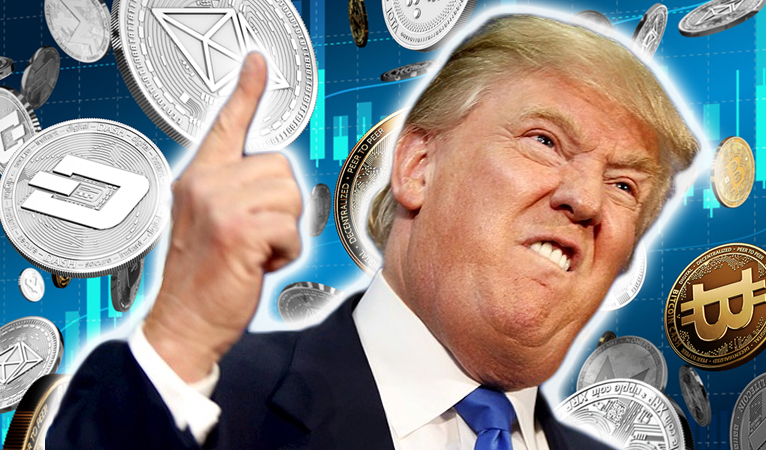 Earlier this week, the inevitable finally happened: the President of the US, often considered the most powerful man in the world, declared publicly his strong opposition to cryptocurrencies. This naturally caused a large stir in the community, with pundits and fans around the world tripping over each other to opine, virtue signal, and generally just get in on the action. This was huge, with a formerly fringe technology getting the highest kind of attention possible. This could be very good, or very bad.

I am not a fan of Bitcoin and other Cryptocurrencies, which are not money, and whose value is highly volatile and based on thin air. Unregulated Crypto Assets can facilitate unlawful behavior, including drug trade and other illegal activity….

What followed, however, wasn’t anything nearly as apocalyptic or amazing as one could have predicted. In the markets, nothing much really happened. No significant price hop or dump took place, leaving a muted reaction everywhere except Twitter, for the most part. Why was this? What can we learn from this statement of strong opposition and its aftermath?

Thanks for reaching out to us. Unfortunately, Wells Fargo does not allow transactions involving cryptocurrency. -Josh

To get the most apparent out of the way first, it’s very evident that government and its banking bedfellows don’t like competition. The ability to print money from nothing, as well as reverse, alter, or otherwise steal transactions and funds, is very useful to the biggest player in the room, i.e. the state, and banks are the vehicles by which this is possible. Both are threatened by a system that bypasses them and disallows these nefarious actions. Nothing much more to say on that.

For whatever reason, government doesn’t feel it can outright ban crypto

Now, I don’t believe that any government has the power to completely stamp out and destroy cryptocurrencies. They do, however, clearly still can ban them, their purchase, their ownership, and their use in commerce, for whatever practical effects such an action may or may not have. What’s interesting is that, largely, they have chosen not to do so at this point. Particularly in the US and Europe, regulations behind cryptocurrencies seem to be fairly minimalist, largely consisting of “Don’t use it to dodge taxes or launder fiat currency.” Banks have reacted with hostility, governments have spoken out, yet no serious regulatory or criminal action has been enacted en masse.

Jeremy has it right. Crypto isn’t under attack in the US, had never been. The regulators have been amazing. The problem lies with shady business practices. https://t.co/s8mLK6yAIC

This likely means that governments have weighed the benefits versus the drawbacks of antagonistic action and have decided that they shouldn’t ban crypto. Maybe such an action would prove ineffective and cause them to look incompetent, losing legitimacy in the eyes of the people. Maybe it would cause cryptocurrencies to grow more rapidly, hastening the undermining of the banking system. Maybe it would prove effective in pushing money to other, more lenient jurisdictions. Maybe they still do not perceive a great threat and don’t want to be caught on the wrong side of a technology destined for global popularity. Whatever the reason, despite strongly-worded opposition, they have decided to essentially do nothing. As a result, the price did not tank since a crackdown was evidently not feared.

The initial value proposition behind Bitcoin was its promise of decentralized, peer-to-peer digital cash that no one could censor. This is still true of many cryptocurrencies such as Dash and Bitcoin Cash, but the originator, and industry leader, doesn’t quite claim this distinction anymore. What fans likely envisioned when a sitting US President got around to slamming Bitcoin was an unstoppable digital cash revolution taking fire. Now, nearly every single person tweeting saucy quips at Trump is still hopelessly dependent on the fiat currency system, banks, and payment processors that such tough talk has lost a lot of its meaning. The price would have likely gone far up from this vindication of becoming a threat to the status quo if Bitcoin had still been useful for peer-to-peer electronic cash.

If you were wondering why cryptocurrency REALLY has value, there it is: it makes the powerful terrified that people will be able to use it to simply be free. Participate in the infrastructure of freedom. Join the decentralized evolution! https://t.co/CcDbCPKDIi

Crypto Twitter is often described as a thunderdome: all coins and their fans enter, no one leaves alive. From Bitcoin maximalists hating on everything that doesn’t have a BTC ticker to Bitcoin SV and Bitcoin Cash fans fighting it out, to Dash users criticizing the usability as a payment system as competitors, there’s lots of disagreement and fighting between the various crypto tribes. Do we want electronic cash or store of value? How important is privacy? How decentralized is good enough? Whatever the issue, it seems like we can all agree on why we’re here in the first place: revolutionary decentralized tech that no one controls, no one can stop us from using, and no one can take away from us. This one vision seems to unite us all.