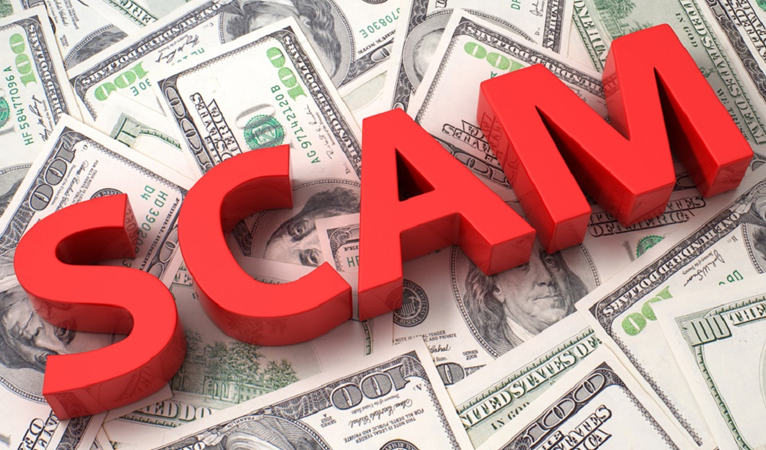 If you’re involved in the cryptocurrency world for even a few minutes you’ll quickly hear the word “scamcoin” (or its rougher cousin “shitcoin”). Anytime a new coin is launched, some Reddit warrior or forum crusader will declare the coin a scamcoin, then sit back, satisfied he’s enacted Internet justice. Even after a coin has been around for a long time and proven it has staying power (*cough* Dash *cough*) brigades may still command anyone who will listen—and even to mom upstairs—to avoid this “scamcoin.” It’s almost a rite of passage in the crypto world.

But what actually is a “scamcoin?” Essentially, a scamcoin is a currency that enriches those who create or maintain it, while impoverishing those who hold it. For example, say I were to create a new coin, creatively named “Scamcoin.” I set aside one million Scamcoins for myself, then I release it to the world. I pump its value via creative marketing and false claims, making each Scamcoin worth $1. I then dump it, cashing out a cool $1 million, and end all association with Scamcoin. I, as the creator, was enriched, but the suckers who wanted to use the coin are left with a worthless token.

The origins of scamcoin accusations have some legitimacy; after all, there are some scamcoins in the cryptocurrency world. But most of the finger-pointing and accusations are just bluster and naiveté, based on the false idea that it is only possible for a single cryptocurrency to survive. Our single coin crusader then must do all he can to demonize all other coins, so he labels all other cryptocurrencies scamcoins. Unfortunately, these accusations ignore the big fat Fed-approved elephant in the room: the true scamcoin, the U.S. Dollar (as well as all other government-issued currencies, but we’ll focus on the Dollar for this article).

The Dollar: Scamming Holders for Over 100 Years

For much of the Dollar’s history, it has been backed by either silver or gold (and sometimes both). Entering the 20th century, the U.S. Government backed the Dollar with gold—meaning a dollar bill represented a specific amount of gold. But in the 20th century, the U.S. Government gradually severed the link between the Dollar and gold, eventually ending it completely in 1971. Since that time, the Dollar has been simply a “Federal Reserve Note,” and control of its supply is managed by the Fed.

The first part of my definition of a scamcoin is that it “enriches those who create or maintain it.” This is surely true of the Dollar. The U.S. Government, through the Fed, can create new dollars out of thin air whenever it desires. Want to fund an unpopular war? Fire up the printing press! Need to support expensive social programs? We’ll need more green ink! Is some politically-connected corporation in need of a bail-out? Let’s create a new word—“quantitative easing”—to describe our crony capitalism.

The Dollar, as a “fiat currency”—meaning a currency created by an arbitrary order (or “fiat”)—is by definition one that enriches its creators, for they arbitrarily create it whenever they need more. After all, if you could print money that would have value in the marketplace, wouldn’t you?

But what about the second part of the scamcoin definition: “impoverishing those who hold it?” Are Dollar holders impoverished? Absolutely. Say you earned $100 in 1971, put it under your mattress, and then wanted to use it in 2016. When you went out to spend that $100, it would only be able to purchase the 1971-equivalent of $16.87. In other words, the real-world value of your money would have decreased by more than 83%. Cryptocurrency investors call themselves “hodlers” when they hold their coins for the long term; long-term investors in Dollars are called something else: “poor.”

For one who might think this is only theoretical, be assured it has real-world consequences. Older people in particular are scammed by the dropping value of the Dollar. A responsible person who saves her money in the bank for decades, hoping for a comfortable retirement, will find herself in dire straits as the value of her savings—in real-world purchasing power—has dramatically declined. (And of course, this makes her more dependent on government programs, which empowers government officials to crank up the money printing presses even more, thus continuing the cycle.)

But make no mistake: this is a David vs. Goliath battle, with cryptocurrencies in the role of the young Israelite. Most people have only known government-issued currencies; it’s their only concept of “money.” They’re being scammed, but they don’t know any better. And further, decades and a vast amount of money have been spent making the Dollar as easy to use as possible. No one needs to teach grandma how to spend her dollars at the store.

If a cryptocurrency is to succeed and eventually overtake the Dollar, it will need to keep its focus on the true competition, not be distracted by other cryptocurrency projects. If David spent his time arguing with the other Israelites, he would never have picked up the stone that felled the giant. In-fighting is, at best, a waste of time, and at worst conceding defeat to the Dollar. Cryptocurrency will need to overcome the advantages the Dollar has built up over the decades, especially in the area of user experience. If it can do that, it can look back at today’s in-fighting and chuckle, all while dancing on the grave of the true scamcoin, the Dollar.