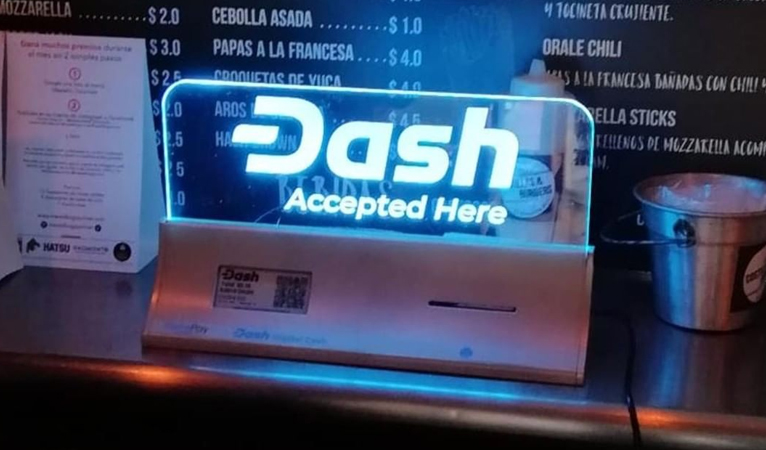 I spend a lot of time talking about unique things that Dash has done better than everyone else. I want to take a moment this week to instead talk about a mistake.

One of Dash’s hallmark features, InstantSend solved the double-spend problem in Bitcoin by having masternodes lock the inputs of a transaction so that they can’t be spent elsewhere, effectively making transactions confirmed in 1.3 seconds instead of 10+ minutes. While certainly revolutionary, this innovation was unfortunately implemented in a way that caused it to be overlooked for years.

InstantSend was a feature no one knew they wanted

At its start, InstantSend (then InstantX) was worth its weight in hype: It was a new, cool feature that supposedly solved some big deficiency in Bitcoin, promising to take crypto to the next level. Then, everyone kind of collectively realized that no one particularly cared. Bitcoin transactions showed up right away and pretty much always went through, and even waiting for confirmations only took about 10 minutes or so. There was no compelling reason to switch to using Dash over this feature, because it solved a problem that no one really had. Even as recently as a couple of months ago, it seemed as though Bitcoin Cash’s “zero-confirmation is good enough” line would prevail. It wasn’t until the security and stability of proof-of-work blockchains began to be legitimately tested that people started to wonder what else could be done.

The biggest barrier to usefulness for Dash was having to manually enable the InstantSend option. This wasn’t a problem because it’s so difficult to simply check a box when you want to use the feature, but because most wallets and services didn’t even implement it to begin with. In an ecosystem with hundreds of tokens to keep track of, no one would want to pay Dash some special attention and carve out a little time and effort to implement its special features so it could stand out against its neighbors. This left very few services (mainly the Core client for the longest time) actually enabling InstantSend, and until relatively recently there were not even mobile wallets for both iPhone and Android that could use a feature mainly touted for retail transactions. Despite all that innovation and tireless developer work, in the vast majority of wallets the Dash experience was indistinguishable from that of Bitcoin, Litecoin, Dogecoin, you name it.

Even worse, merchants and other services had no idea what to do with a received InstantSend transaction. I remember spending Dash some many months ago, and the point-of-sale app not recognizing the payment at all due to InstantSend being used. The ecosystem is much better educated now, but many services still don’t recognize InstantSend due to the simple fact of having to actually pay it some attention.

Implementing InstantSend by default is a huge user experience win

The massive game changer for Dash isn’t Evolution and blockchain usernames. It’s default InstantSend. By automatically locking the vast majority of transactions instantly, at the protocol level, now Dash will, on all systems and platforms, have a distinct competitive advantage over every other coin. Rather than having to sell exchanges, merchants, users, etc. on how great Dash would work for them if they just took a few additional steps, now the pitch is simplified to “Just use Dash.” Traders will see how effective instant and secure deposits and withdrawals are, particularly for arbitrage opportunities across exchanges. Merchants, particularly online, will love not having to wait or check up on payments, or, even worse, doubt whether or not the payment will end up going through. Customers will appreciate the instant gratification of buying and immediately receiving. Implementing an old feature by default will for most have the same effect as rolling out an exciting new feature.

Whether or not this is something most people want to hear, Monero got this aspect right by having its special features enabled by default. While this was pitched as a philosophical issue, in practice it really boiled down to user experience: use Monero from virtually any wallet, expect higher privacy than Bitcoin. By supporting Monero, every service was forced to implement its special features, and therefore its competitive advantage over others. Dash is in essence doing the same thing, only for a feature that’s in much higher popular demand.

Dash was before its time, but demand is quickly heating up

Most of the areas where Dash has innovated were not something the cryptoverse cared about until much later. Chain analysis is getting quite good, necessitating the privacy Dash implemented four years ago. Fierce competition and the decline of the Bitcoin adoption movement have made crypto projects struggle for cash, giving Dash’s treasury system a competitive edge. Network congestion has made the reliability of several networks suffer, giving an edge to Dash’s long-term scaling research and increased block size. And now, in the age of creative mining tricks and 51% attacks becoming real threats, InstantSend and ChainLocks promise to instantly make a transaction permanent and secure, whereas Bitcoin would have to wait a long time, and even then not be a sure thing, depending on the whims of the prevailing mining cartel.

Dash lagged in the past because of its many opt-in features that were easy to ignore by the rest of the world. Now its automatic, instant, and rock-solid security is about to be one of the most sought-after commodities in the cryptospace.