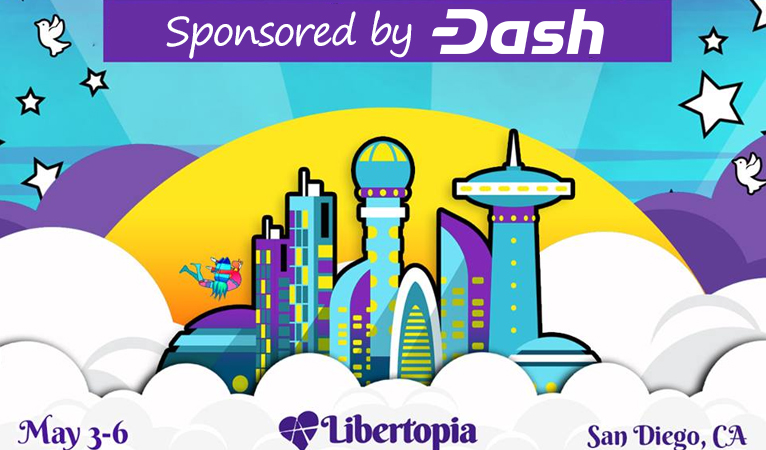 This past week and weekend I was helping run the Dash team’s sponsorship and outreach at Libertopia in San Diego. The event was a great success and we got a lot of new people into Dash. However, as always, there were a few key things to learn from the event about how Dash could be doing a better job of reaching the masses.

After being in the top for several years, everyone involved in cryptocurrency has heard of Dash a few times. However, of those people very few have anything approaching a clue about how Dash actually works and what its advantages are. This makes it difficult to get hype going because everyone already thinks they know about it, but makes things a lot easier once a real conversation is started.

There are so many wallets out there, and none of them look or work the same. With Dash it’s relatively easy, with “Dash wallet” being an easy query for an App or Play Store, but even then the two wallets don’t look or act anything alike. Then add to the mix multi-coin wallets like Edge, Coinomi, and Jaxx and you have a crazy variety of interfaces to deal with, and that’s only considering mobile devices. Dash needs a streamlined and unified setup.

You need a treasury, but you need to know how to use it

To the rest of the cryptospace: you need funding or you’re going to lose. It’s that simple. No one’s going to dig on the internet through forums, find your project, and put in the hard work to figure out how to leverage it for their life and business. The days of Bitcoin coming out of nowhere and blowing everyone’s mind, and growing like wildfire thanks to a huge army of volunteer promoters, are over. If you want to get anywhere, you need funding, whether you get it from a treasury Dash-style or an ICO, outside corporate funding, whatever.

However, just throwing money at the problem isn’t enough. You need to know what to do with it. Buying sponsorships, branding, stickers, giveaways, etc. isn’t going to cut it on its own. You need to finance specialized teams and initiatives that will actually get people to use your coin.

The world of cryptocurrency is so intimidating for the average user that they will absolutely have more questions than they can simply find answers to on their own. While the various wallets and other services may have a support system for their product, there’s nothing for the tech as a whole. DiscoverDash recently implemented a live chat, and if it gains heavy traction it could be a game-changer in the space.

Ignoring for a moment tokenized projects that haven’t actually released their product for public consumption yet, even among cryptocurrencies that are out and functional, none of them are even close to being ready for use by the general public. Bitcoin spent years on every integration and infrastructural facet necessary to go mainstream, and then blew it by having the coin itself not transact reliably. Other than Dash, which has consistently worked for years and recently put a lot of effort into integrations, nothing else is anywhere near usable. Bitcoin Cash comes close, but even then is still working out some of the kinks in the system such as BIP 70 compliance on BitPay.