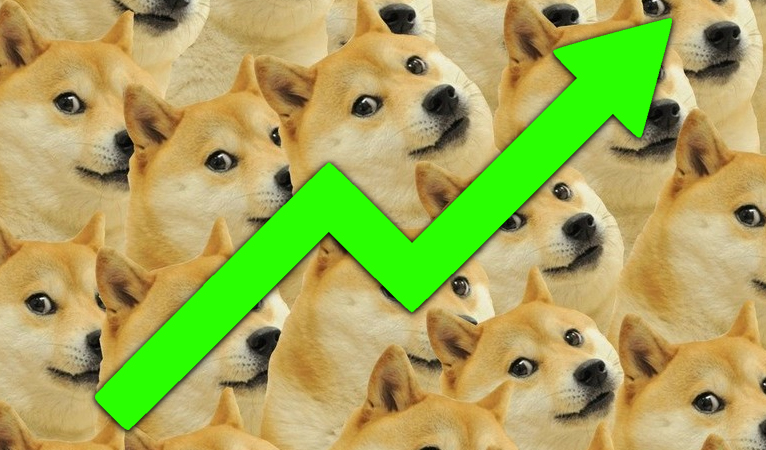 Another day, another pump in the crypto markets. This time, it’s Dogecoin with a nearly 40% market capitalization increase overnight following a Binance exchange listing, and this time, it has gotten some headlines. Things are different than before, though. Something about how the news is received in the world outside of cryptocurrency indicates that we might be heading towards the end of an era.

Cryptocurrency was born in the world of anonymous open-source open-participation, while simultaneously being free of any serious backing or infrastructure. This means that some of the first people involved with the budding technology were more hobbyist than professional, particularly since the space was too new to even include a full-fledged concept of the latter. As such, the idea of creating an experimental currency intended purely to be fun and with joke branding doesn’t seem that off, nor does it seem strange to see this coin receive real investment and use.

As we’ve heard over and over again from excited cryptocurrency fans, institutions are coming. Mass adoption is coming. The time for this amazing and world-changing technology to be discovered by those outside of its small niche is soon at hand. However, for whatever reason, that major shift into the mainstream just seems to be waiting for something, that something being the right time to get involved in a still-new industry while minimizing the risk of being burned by its immaturity. A bad sign of said immaturity may be the markets pumping an older coin with no development and no discernible rationale behind the investment.

This time, outsiders are in on the joke

In past times, random surging projects and market manipulations, while noticed by the outside world, were not fully understood. Why a joke coin would be rising in value considerably, into the billions even, mystified those not familiar with the space. Maybe there was something they didn’t grasp about this new technology, because there was no immediately apparent reason why an old-school Bitcoin clone with a meme dog’s face on it would be suddenly having a great moment, absent any shocking news about its utility or development making a promising leap forward. This time, however, market shenanigans are more apparent even to outsiders. It’s becoming increasingly obvious to the whole world that sometimes major players will throw their weight behind something with virtually no practical value in order to profit from the corresponding price increase. The ruse isn’t fooling anyone anymore

To a great extent, market valuations give indication of a project’s relative adoption and success. To a certain degree, however, we’re increasingly finding out how arbitrary it is. Right now the investment in the space is scattered all over the place, with some good projects being valued while others not, and some terrible ones are full of investment while others are at the bottom of the rankings where they belong. In a mature space, these valuations will likely become much more aligned with performance. We may see an entirely new set of coins as the leaders of the future, or we could see many of the same ones we’ve come to know and love. One thing is for sure though: barring some sort of technological or adoption breakthrough, the days of billion dollar Doge are likely numbered.