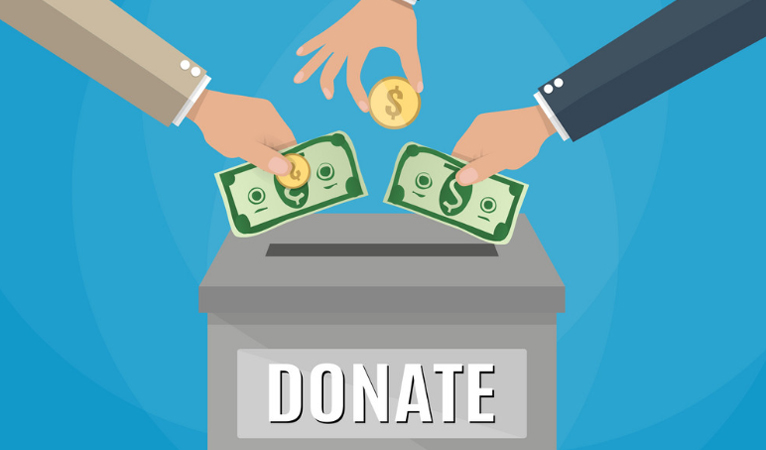 Before my time in cryptocurrency, I used to work in the nonprofit sector, mainly in development, or fundraising. At one point I even ran the fundraising department of a small education and advocacy-based nonprofit. What I learned about the ins and outs of the business played a major part in getting me into cryptocurrency, because I see so many drawbacks and inefficiencies that can be solved by going blockchain. And, as it turns out, they are being solved, faster than ever.

Fundraising is (was?) incredibly inefficient, but necessary

When raising funds for a nonprofit, I was responsible for bringing in a chunk of the revenue necessary to maintain day-to-day operations. I wrote and distributed fundraising appeals, and depending on how well I did that the organization received more or less in donations. Sometimes, a significant portion of those donations went to just covering my salary. That performance was not at all atypical either, as much of the money coming into nonprofits just serves to pay to keep it running and acquiring more money.

While this may seem shocking or sad, it’s the way it had to be. To perform the work set out to do, you have to have a team of hardworking professionals, and even when supplemented by volunteers you will still need a paid staff. However, these people have all their time, effort, and expertise invested in the actual act of doing the work, and would be incredibly inefficient if they had to secure their own means of funding directly. As inefficient as it may seem, having a team of fundraising professionals eating up a big chunk of the money they bring in is actually the most efficient and effective way of achieving the end goal of the nonprofit. At least it was now.

Transparency is a difficult prospect

Maintaining transparency is also a difficult process. One of the tasks I dreaded the most was expenses, where I had to account for everything spent from travel, food, supplies, etc. It wasn’t the principle of reporting, it was the process, eating up hours and hours of productive time just documenting the flow of money, while necessarily being paid with said money just to show how it was being used. Of course, without transparency these sorts of things tend to descend into inefficiency an embezzlement, which then leads to mistrust, which dries of the donor supply. Transparency is necessary, but a lot of work to do manually, and even then still requires a certain level of trust and capacity for dishonesty. Any way to automate the process and remove a degree of trust is a welcome evolution.

We introduce you the 1st and truly distributed Charity System in the world. It enables anyone, no matter where you are, to send a donation that will be automatically distributed among the people who need it ❤️

We’re seeing some revolutionary developments in charity out of Venezuela. SMS-based wallet company Dash Text rolled out a new charity program to help raise money so that schoolchildren could afford to eat lunch. What sets this apart is the way it’s done: each end recipient has a mobile phone where they can receive Dash and then spend it on meals. When donations are sent to an address, they are automatically evenly distributed among all the participating students, easily auditable on the blockchain. Not only does this remove the need for arduous transparency reporting, it cuts down on both time and trust in nonprofit workers to deliver the actual end mission, allowing donors to donate with confidence that 100% of their donation is going directly into the hands of the people they aim to help.

Seeing this system in action just has me counting the number of employees, from accountants to fundraisers to basic operations workers, that can be cut out of the nonprofit process, along with the associated savings. Even more significant is the potential pool of donors who don’t currently contribute because of lack of trust in the system, who now will feel comfortable parting with their hard earned money. To say I’m excited is a massive understatement.

I got into Bitcoin because of its potential as censorship-resistant money that anyone could use, especially for how the reduced friction of payments made it so much easier to raise funds or run donation and tipping-based models. I ran an activist project based entirely on Bitcoin tipping, but ran into some friction and difficulties. Namely, those long ugly addresses weren’t going to work for spur-of-the-moment donations, and there was no way of setting up a recurring donation solution without trusting funds to a third party, the antithesis of cryptocurrency. Then I saw a video of what Dash Evolution promised to deliver with usernames and recurring payments, and I knew this was what I needed.

From Evolution to Dash Text, I knew at first sight that Dash would revolutionize the nonprofit world.