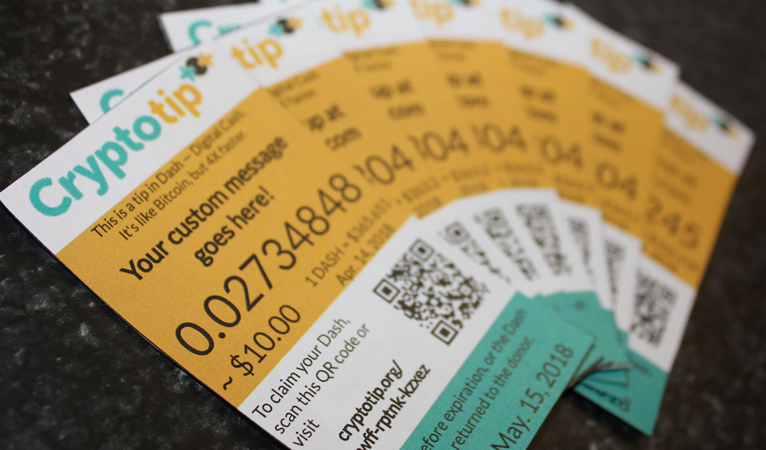 Cryptotip.org includes Dash in its platform to allow consumers to make easily accessible and printable paper wallet tips to hand out to other individuals.

Cryptotip was founded as a solution to the old BCTip.org platform not integrating new cryptocurrencies after the transaction fees and confirmation times skyrocketed for Bitcoin. So Ian Freeman, host of Free Talk Live, took it upon himself to find a solution. Ian teamed up with Michael Hampton of Ringing Liberty to program a whole new website from scratch. They launched with a public beta in Dash earlier this year and just integrated Bitcoin Cash. Ian told Dash Force News that in beta, “Dash was the exclusive cryptocurrency” because of “the fact that Dash is fairly useful on the ground here in Keene, NH, which is one of the top 5 Dash accepting cities according to the DiscoverDash administrator”.

“Dash is as well suited as any other cryptocurrency, but Dash is better positioned because it is Digital Cash. It’s the only crypto that cares, it seems, about being used in real life. So these are real life tips.”

The Dash tip cards are printable, business card sized paper wallets that can be created in batches and denominated in any amount of USD, GBP, EUR, RUB, JPY, and other currencies. Then an expiration date can be selected where any unclaimed tips will be deposited back to the tip card creator’s wallet address. Tip claimers will visit the URL on the card and be greeted with a short introduction on cryptocurrencies and how to download and set up a wallet to claim their tips.

“If you put something that’s physical in people’s hand then you’re spreading awareness. You’re still not going to get many people using the tip. So probably the super majority, 90% plus of them, are going to get thrown away or are going to get ignored and it’s very rare that you’re going to get somebody that’s going to redeem the tip, but it does happen.

Ian also highlighted how Dash tipping can essentially be viewed as “paying somebody to learn about crypto”. He said that it will essentially take “a half hour of their time since it takes time to do a little bit of research, read the page that explains what crypto is, and learn about it, [and] install the wallet”. Ian also highlighted how they included Bitcoin Cash on the platform in addition to Dash because he “believes that people should have choices”. A lack of choices on BCTip.org is what originally caused him and Michael to build the platform in the first place.

Cryptocurrency was created to be an everyday decentralized, digital, and peer-to-peer digital currency to eliminate the large fees associated with the traditional financial industry. Bitcoin lost this trait for a period of time due to its small blocks and high transaction volume that made tipping small amounts uneconomical since the transaction fee or wait time could be larger than the actual tip itself. Dash, however, has remained committed to everyday usability no matter how large or small the transaction.

Dash enables everyday usability with its record low transaction fees and extremely fast confirmation times without sacrificing security. Dash is able to achieve these attributes because of its unique structure of a Decentralized Autonomous Organization (DAO) and Treasury. This allows Dash to professionally pay developers to maintain and improve the network in the best interests of the network and consumers, whereas some other cryptocurrencies have fallen victim to perverse incentives by relying on third party funding. This system is so successful that it is beginning to be recognized by other cryptocurrency projects.

Everyday usability was part of the original goal of cryptocurrency and is important to enable wide usage like Dash is seeing in Venezuela, nearly 1500 Dash accepting merchants, and to help individuals escape the grasp of inflationary government fiat. Dash is also bringing advanced financial management to the unbanked around the world, along with enabling cheaper remittances between loved ones. None of this would be possible without cheap transaction fee and fast confirmation times. For individuals living in countries that view cryptocurrencies as a cool amenity rather than a necessity, Cryptotip helps draw attention to the importance of low transaction costs as well as an active community working on development, which requires a foundation of solid attributes like that of Dash. 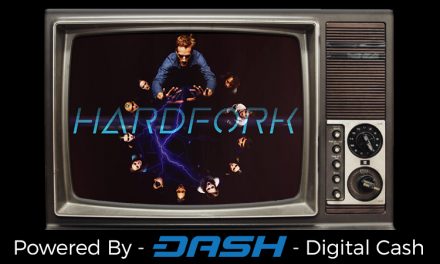 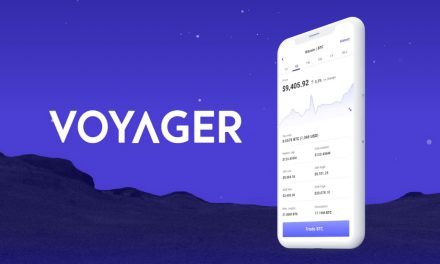 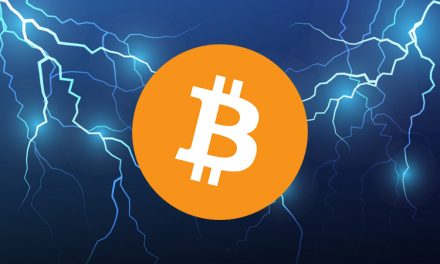