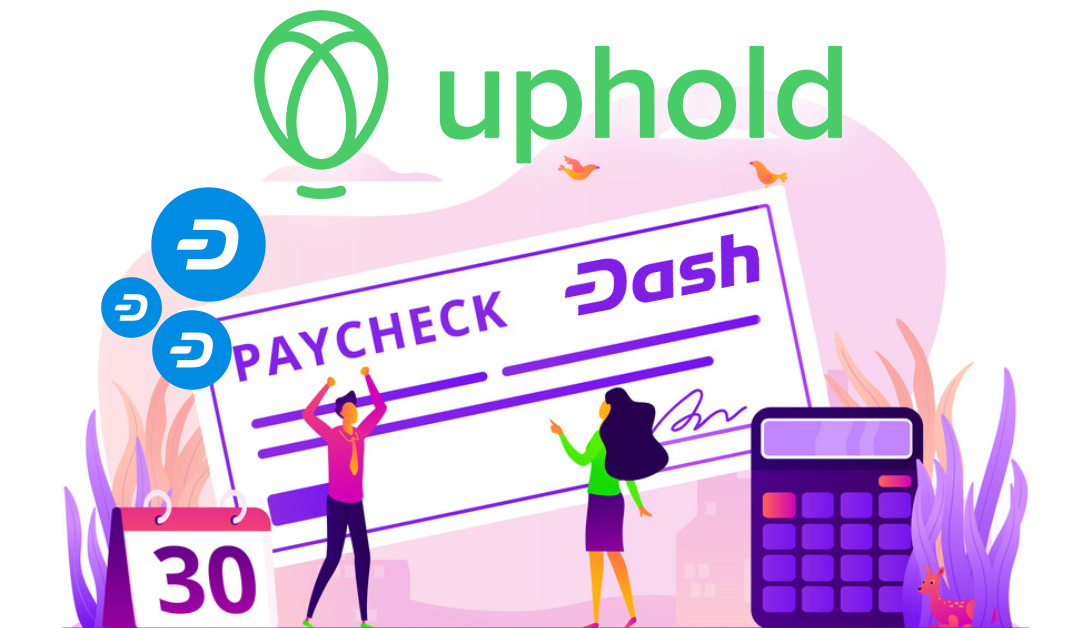 Cryptocurrency brokerage platform Uphold has announced a partnership with Cornerstone Global Management, LLC to better enable individuals to directly move a portion of their paychecks into cryptocurrency.

[tweet https://twitter.com/RTaylor05/status/1189745744334340096 align=’right’] As highlighted by Dash Core Group CEO Ryan Taylor, this partnership allows for “one fewer step for people working toward crypto as their default money.” Cornerstone will be offering the service through their newly announced CP3 (Crypto Pay and Pension Plan) program, which compliments their other methods of investing in cryptocurrency from a paycheck. Cornerstone also offers consumers the ability to have their paycheck money transferred to various native wallets, services the will make loans on the cryptocurrency deposited, a payment debit card, and even a Bitcoin IRA.

Once consumers get their money over to Uphold, they are free to trade it as they wish and even withdraw the money to their own private wallet. This summer, Uphold removed their withdrawal fees for Dash, which makes spending it even more efficient and affordable.

The Cornerstone integration solves a key mass adoption issue. Previous merchant adoption initiatives have been successful at onboarding new businesses to accept Dash for payments, but have lagged in generating consumer activity. Cornerstone is expanding on the removal of these barriers to entry by offering consumers multiple methods of exchanging their paycheck into cryptocurrency, which aside from giving consumers more choices, also encourages more adoption as they now have a compelling reason to spend cryptocurrency. This creates a feedback loop with merchants accepting cryptocurrency for goods and services as consumers seek to spend their salary.

This is not the first partnership of its type since Bitwage also allows individuals to have their paycheck automatically converted to cryptocurrency through an Uphold integration. Bitwage and their partnership with Uphold emerged when cryptocurrency was gaining in popularity, but most employers did not have the infrastructure nor motivation in place to give employees the option of taking their wages in cryptocurrency. The benefit of having money directly exchanged into cryptocurrency from workers’ paychecks helps remove the additional steps (and often extra fees) of having to move fiat money from a personal bank account into a cryptocurrency exchange.

Dash’s treasury has helped to catalyze its own economy

Partnership such as Uphold with Cornerstone adds to the existing economy of Dash-paid employees who work for the various treasury-funded proposals. Dash pays out a maximum of 10% of each month’s block rewards to treasury proposals in order to work to help grow Dash’s ecosystem. A secondary benefit of this system is that it helps catalyze the velocity of the Dash economy by paying those that receive funding from the network in Dash, which they can then spend at merchants that accept Dash. This adds to the group of existing Dash users, masternode operators, who receive regular income in Dash and have an incentive to spend it directly rather than convert to fiat currency.