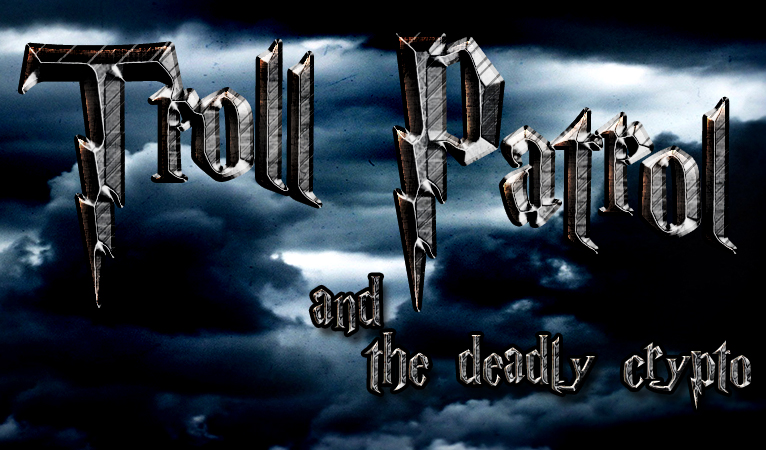 I’ve been working on a series of lessons I’ve learned from defending Dash against online trolls. One of the most important lessons I’ve learned is how much I’ve learned. Yes, it might be a pain to do, but arguing with hateful people on the internet is one of the best ways of developing a deep and broad understanding of the cryptocurrency world.

If you’re trying to be effective, you’ll have to stick to facts

Remember that troll patrol isn’t counter-trolling. If all you’re doing is angrily yelling back, all you’ve done is increase the trolling in that situation, not decrease it. In order to put your effort to good use you need to make logical arguments. The haters state an opinion. Ask why they think that. They make a claim. Call it out as false, and provide evidence. Since the point of trolling isn’t to establish clear, level-headed arguments by turning the conversation in this direction you’re both winning and challenging yourself.

Trolls will be creative, and that’s good

During the many long months doing this, I’ve heard all the usual hater talking points. There’s about a half-dozen common ones, two or so based loosely on real concerns but easily addressable, and the rest lies, exaggerations, and otherwise misinformation. But once in a while, you’ll hear something crazy that you’ve never come across before, and that will make you think. Yes, a desperate troll just coming up with anything to trash your project might cause you to consider the situation from an angle you’d never thought of before. All those unanticipated attacks make your arguments and knowledge stronger.

Few people in the cryptospace waste their time trolling just for the fun of it. Sure, they may be having fun, but most have an agenda, direct or otherwise, to make their coin get ahead. This means that, while countering false narratives, you invariably come across plenty of comparisons to other projects. If you want to counter a “my coin is better than your coin” argument, you have to learn about both. By sincerely learning the ins and outs of “enemy coins” for defensive purposes, you will increase your knowledge, and that will cause you to respect other projects. Even if you once saw them as enemies, with knowledge and respect comes affinity, and you’ll realize more clearly that you’re really all in this together, rather than in competition.

You’ll know your own better

One of the biggest advantages of troll patrol is that your knowledge of your own project will become airtight. Through constant attacks, not only will your arguments improve, but you will learn what makes your coin so special in a very deep way. By deepening your fundamental understanding, you’ll fully appreciate its strengths, weakness, use cases, and how it can be best used and promoted.

When dealing with trolls, there are two possible victory scenarios, assuming they don’t give up on their own: win the argument, or fully dismiss them as haters. Some will keep hating no matter what the evidence, and when that happens it’s easy to place them in the “don’t take this person seriously” bin for all to see. The only way to really get there is through first destroying every single argument they present. Get really good with your knowledge, and you can breeze through disproving argument after argument, until you hit the point where they give up or you can neatly categorize them as a disruptive hater, and dismiss the conversation. The better your knowledge, the faster, easier, and more satisfying this is.