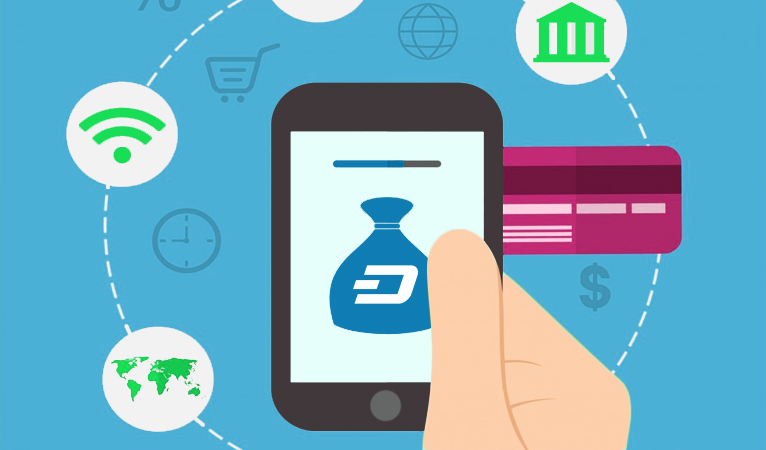 One of the essential debates of the modern cryptocurrency era is between usefulness as a payment system and inherent use as a store of value. The “store of value vs. payments” debate raged particularly furiously in the Bitcoin community, which eventually split in two, forming Legacy Bitcoin (store of value) and Bitcoin Cash (payments). However, even after this necessary divergence, Legacy Bitcoin still grapples with how to become useful for both roles. The most frequently-touted solution is the Lightning protocol, which seeks to conduct the majority of the currency’s transactions in off-chain payment channels, only occasionally settling back onto the main chain. However, Lightning’s innovations nonetheless pose some tradeoffs in security, liquidity, and decentralization:

Lightning logic: It’s ok to have everyone’s bitcoins stuck in centralized hubs, however everyone should be able to run a non-mining fullnode because of “decentralization”. Reality check: on-chain is much more decentralized even with datacenter nodes, as they wont keep your money.

Dash similarly acknowledges that a sound money layer needs some help in order to function as an effective payment system. Thus, InstantSend was introduced, which contrasts from Lightning in that it allows users to maintain full control over the liquidity of their funds at all times, according to Dash Core researcher Dr. Darren Tapp:

“Dash is perusing a model that will allow users to make payments and also not effect the liquidity of user funds. For this reason, Dash is competing for a substantially different market segment than any lightning network.”

However, the difference in Dash’s approach goes far beyond improved user liquidity. In fact, it manages to combine two very distinct elements, money and trade-clearing, into one sole network.

What is a trade-clearing layer?

To understand the significance of a technology able to function as both, we first have to break down exactly what they mean. Dash community member Toknormal explains the properties of a trade-clearing layer, comparing the historical example of gold to modern-day payment networks:

“It’s the conversion of gold nuggets to gold coins which means you don’t need recourse to a metallurgist to settle the trade (which in today’s terms you don’t need to wait for the mining protocol to evolve to some arbitrary number of confirmations that the merchant is happy with).

In the legacy commercial networks there are 2 distinct layers:

If you review the top 100 offerings on CoinMarketCap.com, you can split them largely into these two types. Very few are “money”. Most are transport, governance, interoperability and utility layers which will be superseded by future, improved transport, governance, interoperability and utility layers and will therefore not serve as a store of value any more that Pets.com did.”

It is this original understanding of the difference between money and a simple trade-clearing protocol that differentiated Bitcoin from the host of payment networks that arose both before and after. This is also why Bitcoin, despite its very limited use as a payment system, remains a powerful store of value even today.

Historically, coinage allowed gold to be both money and trade-clearing

While these two uses can seem at odds, there are methods by which a technology can achieve both monetary and trade-clearing properties. Toknormal uses the historical example of gold coinage to illustrate the marriage of both:

“Gold nuggets were money. But when they were melted down into coins they incorporated a “trade-clearing protocol” that allowed them to be used for instant exchange without recourse to the nearest metallurgist who may have been several hundred miles away. Why was gold used as money? Because it was scarce but ALSO because it had an achievable melting point of 1064 degrees Celsius.

In other words, gold could be BOTH the money and the means of exchange (fungible coins). Historically, that has proven to be an extremely delicate and difficult balance to strike. Targeting any one monetary property to extreme always destroys the medium’s capacity for serving as an abstracted token of value (see Tulip Mania which targeted extreme network effect, central banks which targeted extreme trust, Ripple which targets extreme appeal to authority and the Cryptonote protocol which targets extreme social exclusion).

Melting down gold erased its history while keeping it transparent money at the same time. A very rare and scarce combination of monetary properties – transparency and privacy supported by the same monetary medium.”

Through its unique attributes, gold managed to be both fungible and transparent, both trade-clearing and store of value, a perfect money as it were. The digital age significantly reduced the relative use of its trade-clearing properties, however, and once again created a system difficult to balance between both properties.

Dash’s unique combination of both functions

This now brings us to Dash. Based on the same technology and principles as Bitcoin, Dash similarly remains sound money, however also manages to balance trade-clearing properties, as Toknormal explains: 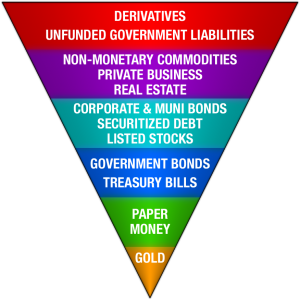 “Blockchains are emerging now that do amazing governance, elephantine capacity and blow-away upgradability. But none of them have everything in the right combinations to qualify in for the base layer in Exter’s Pyramid… Evan seems to have had a very intuitive balance of priorities when he established the original monetary design for Dash:

1. Had to be bitcoin compatible and inherit its technological pedigree (this now makes sense because bitcoin has prevailed as an original store-of-value digital asset).

2. Had to be more fungible (because that has been the basis for adoption of all previous money going back 10,000 years).

3. Had to be transparent (Exter’s Pyramid shows why obscured assets are not optimal candidates for the base collateralizing layer in a new monetary system).

BUT… he added one more requirement that made everything more complicated:

4. Had to be usable in a commercial environment (which these days means point of sale or eCommerce)

That requirement #4 was in conflict with all the previous points. The way all our competitors have dealt with this is to build a blockchain who’s properties are either ENTIRELY in the 1-3 property range (Bitcoin, Litecoin, XMR, etc) or in the 4. property range (Ripple, Stellar Lumens, NEO, Ether, NEM. ADA).

In fact, reproducing gold on a digital platform isn’t as easy as it seems. Gold could be melted down into coins, was transparent, was private, was… everything! That is a very tall order.”

While gold coins managed to be both money and trade-clearing, replicating this success with a digital currency would prove difficult.

How does Dash manage trade-clearing without damaging its essential properties?

Dash’s InstantSend functionality secures a transaction in 1.3 seconds, allowing point-of-sale transactions to take place nearly instantly. This provides great use as a trade-clearing system; however, similarly to gold coins, it also manages to do so without damaging the essential monetary properties that make Dash valuable in the first place:

“How did Evan deal with reconciling the conflict between properties 1 to 3 (store of value properties) and 4 (usable in commerce for real-time trade-clearing and point-of-sale)?

He did it by decoupling them. InstantSend does not work by virtue of a sped up block confirmation. Rather, it deploys an independent layer in the protocol dedicated to securing the trade, thereby allowing the settlement aspect to continue to function slow and secure like Bitcoin. That’s why the 2-tier logic was needed (masternodes talking to each other as well as to wallet clients).

This is how it needs to work. It’s how the legacy system works – the payment card networks ‘lock’ the trade instantaneously and the clearing banks settle over a period of a couple of days. Yet technologies like Stellar are still trying to do it all crammed into 1 layer using fast block times. This is always going to be a poor solution because we are dealing with 2 independent business processes whose priorities are in conflict. However, that fact is also there to be taken advantage of by any blockchain designer that’s awake enough to notice it. The transaction doesn’t have to ‘settle’ instantly (in terms of mining protocol) for the trade to clear satisfactorily for a merchant.”

Finally, Toknormal contrasts with Bitcoin’s Lightning protocol, which in theory will provide an efficient trade-clearing system, yet because of its off-chain nature ends up as a an external third-party solution, and not Bitcoin itself:

“The lightning network is really the only other approach that addresses this, yet it’s off-chain which means you once again lose the original ‘coin’ archetype. It’s basically no different from any other external network such as one of the exchanges we trade on daily – lots of off-chain transactions that are instant and then a consolidated ‘dump’ into the blockchain at withdrawal time (or deposit time).

This is why I see Dash “owning” this space…..existing in the lower layer of Exter’s pyramid while simultaneously functioning as a high performance payment system. Everything else is either in the top layer (utility tokens) or the bottom (collateralizing assets). Dash is the only one I see comfortably spanning both.”