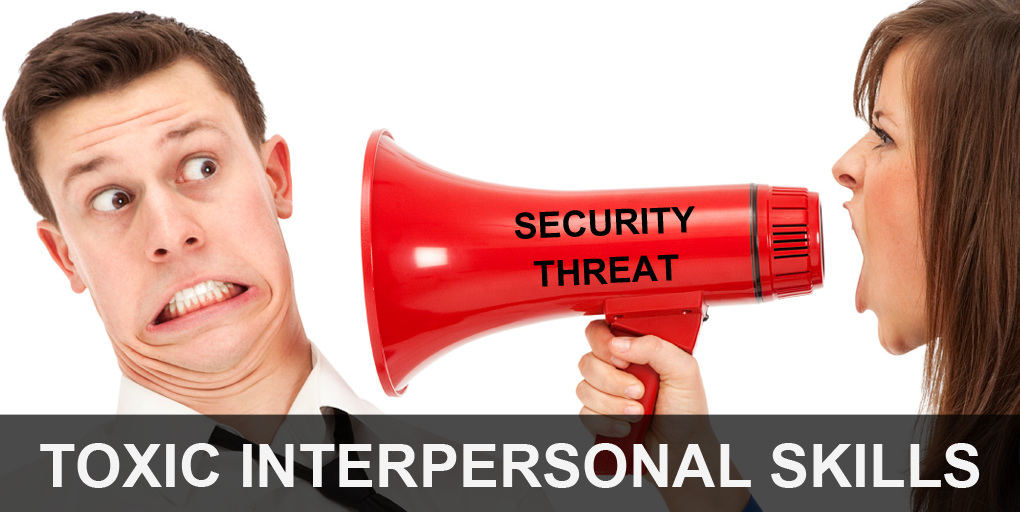 In case you’re new around here, Bitcoin has been involved in an intense civil war over scaling issues, one that has divided the community and led to all manner of hatred and trolling. Ethereum co-founder Vitalik Buterin condemned this toxicity:

One of the worst aspects of crypto culture is the idea that because math and code are supposedly apolitical, we do not have to be polite.

As is predictable when you stir the hornet’s nest, several, including Atlantic Financial founder Bruce Fenton, pushed back against the assertion that community strife is an issue in regards to security:

Core devs get criticized on poor social interaction
We don’t really want a bunch of nice guys schmoozing over security changes though do we?

To be fair, on a certain level it does make sense, right? It’s all math and numbers and immutable code and all that good stuff that matters, it has nothing to do with your ability to get along with others, eh? Well…

There’s this attitude in business, especially in the tech sector, that all the visionaries are jerks, that somehow your meat vessel doesn’t have enough space for both genius and genuine affability. It is true that anyone dedicated to their craft has to be willing to make hard choice that might run the risk of upsetting others, and that certain brain and personality types don’t tend to intersect with the highest of social graces out of the box. That’s not what I’m talking about at all. I’m talking about those who know they’re being vitriolic and don’t care, and sometimes are even proud of their capacity to be hated. Case in point:

Compare this to Vitalik's "politeness" Tweet, and figure out who makes more sense.

Interesting point in theory. In practice, how is that working out?

Toxicity has its costs

In the instance of Monero, this negative experience has been clear. After years of incessant trolling of other coins spearheaded by its above-quoted figurehead FluffyPony, the coin was stuck in the awkward position of being still in the “make it work phase” (Fluffy’s words) while having been branded as “untraceable.” When a vulnerability was discovered with transactions being linkable to previous destinations, this was not widely made known, all while the community continued to troll competitors, Zcash in particular. Earlier this year, researchers, several of whom had affiliations with Zcash, put out the MoneroLink study, causing brief panic (and market cap hit) when it was revealed that pre-2017 Monero transactions could be linked to each other. While I’m by no means alleging that Zcash put out a study to hit back against their greatest antagonist, the manner in which a study exposing Monero’s vulnerabilities was released by researchers with publicly-disclosed ties to Zcash does tend to make one wonder if it would have been different without all the trolling. Fast forward to just recently, and Fluffy has been the target of an internal witch hunt over his recent trolling of his own community and associate market cap hype bubble and instant crash, with several calling for him to lose commit access. Whatever his development competencies may or may not be, it’s a definite liability if he could lose his ability to lose them based solely on his antisocial behavior.

Bitcoin has similarly seen its share of strife-related issues. To begin with, its development has been largely focused on scaling solutions as of late, and not necessarily the best, but whichever can surmount the political gauntlet of the conflict. The back-and-forth has been so fierce, rife with exploited bugs and DDoS attacks, that Bitcoin Unlimited felt the need to initially release a closed-source patch a couple months back. Recently, a compromise of SegWit plus a two-megabyte block size increase was reached, a solution no one involved actually wanted, but grudgingly agreed to in order to save Bitcoin. Even with 56 major companies and over 80% of the mining hash rate, there is still the looming threat of a “user-activated soft fork” which could threaten to split the chain regardless. None of these threats to Bitcoin came from legitimate issues with the code, mind you, but purely from political strife.

On the flip side, working well with others provides a great framework for continued progress and development One of the reasons Ethereum remains so dominant is its penchant for seeking out collaboration with the best in the field:

The same goes for Dash, which has welcomed audits (several) of its governance system from outside parties, rather than attack critics in a Twitter tantrum. Its community has sought to partner with as many players in the cryptospace as possible, earning high praise for its ease of collaboration:

The rapidly developing world of cryptography and cryptocurrency is a scary place, with a single exploit in code proving fatal. Any viable project will seek the collaboration of as many experts in the field as possible, working with allies and competitors alike to ensure that their respective work is as airtight and robust as possible. Those who lack the foresight and self discipline to realize they need more than their merry band of trolls to succeed, and needlessly cause strife in their field, will fail.