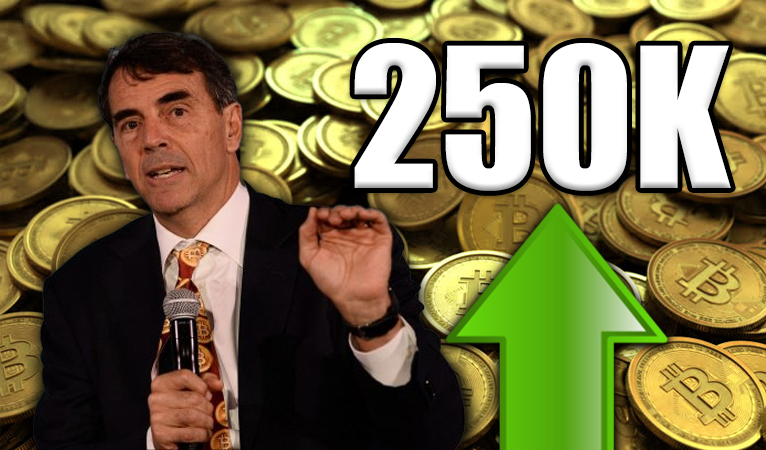 Tim Draper, the famed investor who once said “the world needs this new kind of currency”, now predicts Bitcoin will reach $250,000 USD by 2022.

Draper unveiled his prediction at his blockchain party and via tweet, even though he mistakenly proclaimed $25K in his first tweet, which was later clarified to be $250K. He even emboldened his prediction in a giant sign displaying “Tim Draper predicts Bitcoin @ 250K by 2022” outside his entrepreneurship program, Draper University. Draper did not expand on his prediction methodology.

Draper, who founded the venture capital firm, Draper Fisher Jurvetson, and also lead successful investments in Skype, Tesla, Twitter, and SpaceX has said that he was attracted to currency not tied to a government, “[s]o when Bitcoin showed up, I was all over it”. Draper is known to have purchased $30,000 in Bitcoin from the U.S. government during their liquidation of confiscated funds from Silk Road.

Making correct price predictions are already very hard in traditional markets where information is plentiful, but price predictions become vastly more difficult with cryptocurrencies because of the increased possibilities, less behavioral information, and greater assumptions. For example, Murray Stahl of Horizon Kinetics hypothesizes that Bitcoin is worth the sum of all the other currencies in the world – $361,000 USD per Bitcoin. However, this relies on the assumptions that Bitcoin, and no altcoins, will be used by most people in the world and also discounts future monetary policies and economic growth. A correct, or even for that matter a somewhat close-to-correct, price prediction for cryptocurrencies requires an unfathomable calculation of infinite information and knowledge of future actions of individuals and governments. A way to cope with the impossibility of making full-proof price predictions is to instead focus on the economic ordinal direction, rather than economic cardinal magnitude, of price movements over time. An investment analyst will also look at historical movements and decide if an asset or currency will continue along that trend, upwards or downwards, into the future.

A quick way to filter out the noise that surrounds cryptocurrencies’ rapid price movements is to look at the price of Bitcoin, Dash, and other cryptocurrencies in a log scale rather than a liner scale, which focuses on the percent change and is better adept for cryptocurrencies. When this technique is implemented, taking Bitcoin and Dash as examples, both reveal that they have generally been trending upwards over the past few years. There are exceptions in the time series, during small slumps, but the coins have mostly trended upwards and appreciated relative to the USD. However, to aid a price analysis beyond simple extrapolation, which is prone to fallacies and errors, is to focus on the value an item provides to consumers and the potential value it could provide in the future.

Value is derived from services provided to consumers

As people discover the value of a good/service, they will demand more of it and thus increase the price unless met with extra supply. Since most cryptocurrencies have a limit to the amount of coins mined, the way for the price to increase is to increase the coin’s value to users. Dash has been focusing on how to provide value to users the past couple years and has laid out guidelines on how it plans to continuously improve services for users in the future.

In the immediate case, Dash, with its low transaction fees and fast transaction times, has allowed people around the world to use Dash as currency in exchange for goods and services. The citizens of Venezuela have quickly adopted Dash to escape their horrible inflation, but use cases are not limited to hyper-inflationary countries. On the Discover Dash website, current and potential Dash users can locate numerous online businesses and local physical shops all over the world that take Dash. This usability of Dash, in addition to its full cryptocurrency offerings of sound money, security, and privacy demonstrates its value offerings and thus makes Dash one of the better positioned currencies for future economic ordinal price appreciation relative to other currencies. 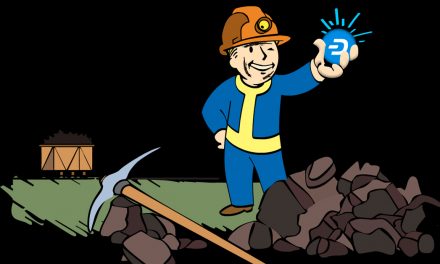 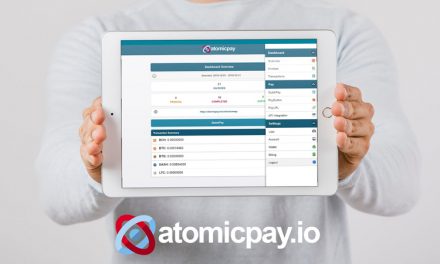