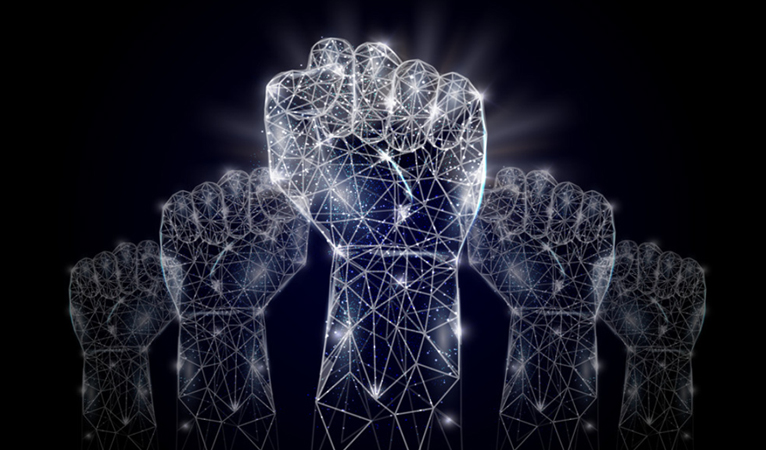 When we think about the growth of human technological progress, often we think of mass production, factory farming, coal plants and combustion engines, telecom giants, skyscrapers, and more. The common theme in all of this is advancement with a cost: greater wealth with less community, more food with less health, safer living with more smog. However, thankfully, that was the old paradigm behind progress, and the old trade-off with technological advancement is increasingly becoming a myth. Progress is now taking us higher still, yet is lending freedom and power back to individuals and communities, increasing our contact with each other and our planet.

Much of human progress has historically been made through advancing technology and industry in ways where there may have been trade-offs with autonomy and community. The 20th century in particular saw the unprecedented rise in scope and power of the nation state, where governments control and regulate virtually every aspect of human life, from speech to food, recreation, commerce, you name it. This was only possible due to technology and infrastructure allowing the state to effectively communicate and maintain complete power over its territory and populace. More recently we have seen the rise of the surveillance state, where government entities are able to spy on every single person at all times, filtering every online conversation and having access to microphones, webcams, etc. Barely 50 years prior this would have been impossible as wiretapping every single phone line and room and live-listening on every conversation manually would have proved too huge a task. Some of this injustice is only there because of recent technological gains.

At some point, tech tipped strongly in favor of decentralization

With the advent of the internet, the groundwork for a decentralized world was created. However, it was not until relatively recently that we began to see a more peer-to-peer world of possibilities emerge. Social networks, while centrally controlled, nonetheless facilitated a great degree of connection with new individuals around the world, and enabled organizing and the dissemination of information to an unprecedented degree. Ridesharing companies, while still large traditional corporations, still allowed a great deal of additional freedom and autonomy to budding entrepreneurs and independent contractors seeking to work without having to build a giant network of customers themselves.

Recently, though, things have gotten a bit crazy. Open-source encrypted messaging apps allow anyone to communicate with anyone privately, with no backdoors or tricks, and no centralized company to target the service for removal. Cryptocurrency lets anyone pay anyone any amount at any time and anywhere, with no central server or organization to target for disruption. And, of course, decentralized autonomous organizations run with the power and efficiency of centralized entities while remaining completely open to participation from anyone and impossible to easily shut down. We’re living in a rapidly decentralizing world, and the technological progress that temporarily caused issues with centralization is now in full swing doing the exact opposite.

The primitive and the high-tech have drawn closer together

As a strange side effect of technological progress we have actually seen paradoxical moves in the opposite direction. The natural contrast to the advanced is the primitive, and at face value it would seem like local communities, small farms, raw and unaltered food, and an overall return to more primitive ways of being run counter to progress. However, advancements in decentralization tech have made it very possible to trade without access to banking services or fiat currency, only a basic internet connection and cryptocurrency. Local organic farming is easier through access to advanced distribution channels and customer bases, as well as a wealth of knowledge online to substitute for techniques passed down directly from generation to generation. Community building without a central organization or paid staff has never been easier. And finally, general progress in the wealth of humanity and the efficiency of the global economy has enabled the prioritization of what previously may have been considered “luxury goods” such as healthy food and time outdoors in the clean air.

NuMundo represents this movement, with the employment of an online network of centers around the world, as well as cryptocurrency facilitating payments, to provide opportunities to reconnect with the natural world, find community, seek quality of life, and undergo transformational experiences the complete opposite of the typical daily struggle in the corporate world. Access to this sort of life was previously limited to the very rich and to primitive peoples who had to worry more acutely about basic survival. Now, thanks to this beautiful nexus of decentralized technology and a passion for the natural, just about anyone can experience this lifestyle.

A cold, isolated, centralized world may soon become nothing but a memory

Many science fiction works portray the world of the future as a dystopia, with worlds of all metal and concrete, dirty streets, no autonomy or uniqueness, and an all-seeing, uncaring specter of a malevolent force ruling over the dejected masses, all while amazing technological feats are commonplace. The future may look very different from this picture, however. Thanks to the tipping point we seem to have crossed from centralized to decentralized technology, we may be headed to Eden instead.