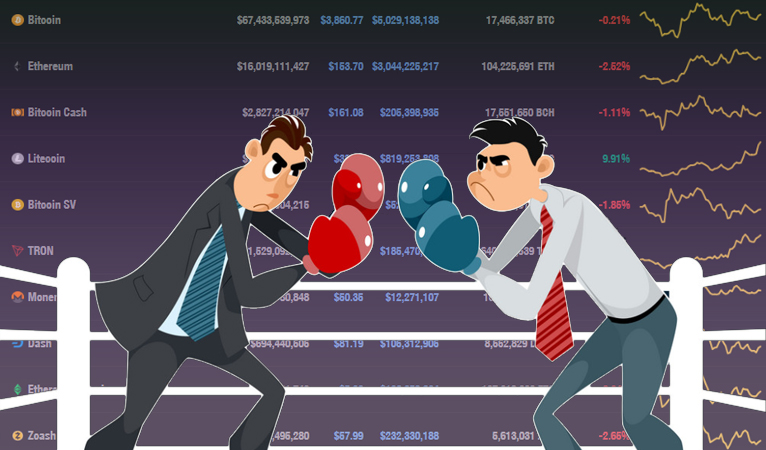 For every “what” there is a “why.” Cryptocurrency fans are all about the first question, but the second one is even more important. Sure, we hear lots of platitudes about the benefits of decentralized tech for the world, but I’m willing to bet most of the people saying these things are actually working opposite to the principles they claim. Most of us are avoiding our moral responsibilities.

From its Bitcoin roots, cryptocurrency is built on one idea: freedom

Only if you ignored the 2,500+ merchants in Venezuela that take $Dash now. That’s a much, much more significant story for 2018.

Let’s not forget the only reason any of this matters: freedom from control. The innovations and benefits associated with blockchain technology and cryptocurrency, largely, are insignificant compared to its main purpose. The only reason people got excited about Bitcoin to begin with was that anyone could use it without restriction or permission, anyone could help run it without authorization, and it was touted as near impossible to stop the previous two. From this greater decentralized, censorship-resistant quality came low fees and fast transaction times through cutting out the need for third parties, and easy cross-border payments from not having to go through regulated national barriers. Sure, there may be some residual benefits that survive regardless of the original equation, but re-introduce the same centralized control and third parties as the old systems have, and you’ll quickly see most of cryptocurrencies advantages evaporate.

From its principled crypto-anarchist roots, the cryptospace has taken some turns into highly speculative territory. This has resulted in groups of fans and amateur investors seeking to make a quick buck, using terms such as “decentralized,” “censorship resistant,” “immutable,” “proof-of-keys,” and others. Problem is, most have absolutely no clue what those terms even mean, and certainly don’t apply them in real life. You can hear all these terms used by someone with a regular job and bank account, with single-digit numbers of lifetime cryptocurrency transactions to his name, holding all his coins on exchanges, talking a tough “not your keys, not your crypto” line while secretly scrambling to figure out how to set up a wallet he controls in order to participate in the “proof-of-keys” events that all the cool kids are doing, all the while flipping out over the exchanges suspending (or taking its sweet time processing) withdrawals, missing out on the irony completely.

In a sentence, crypto fans went from being freedom-minded and outgoing to turning inwards to their pet projects, using core principles as nothing but empty buzzwords to pump an investment.

OMG WOW, I got suckered in again, this @marcdemesel guy is a straight up scammer & shill for scams. believing in #BCash & #Byteball. I bet if people kept track of his shilling & took scream shots they would find #Paycoin, #Auroracoin & maybe even #bitconnect

Sadly, this condition has extended to many people who did, in fact, get involved for the right reasons. I remember a time when many heroes in the space I looked up to focused on getting Bitcoin to the world, celebrating its achievements and those of other fellow activists, similarly giving congratulations to other coins which managed real achievements and use. Now you won’t find so much of that. Most of these have turned exclusive focus on their favorite projects, including several different versions or interpretations of Bitcoin, blocking out all other news of progress elsewhere in the space. Blinders to enhance focus can be understood, but when you start deliberately ignoring amazing things that other projects have done, when the information has been presented to you directly, it’s safe to say you’ve probably lost your way.

With all those open-minded calls for unity and cross-chain cooperation out of the way, let’s go the opposite direction: most projects aren’t worth your time and effort, and you’d know it if you cared. Let’s set aside emotion for a second and follow a purely logical process. Do you care about open and free technology being available for the benefit and liberty of the human race? If so, you are then required to objectively evaluate projects under two criteria: censorship resistance/open participation, and mass-market potential. Applying these criteria over and over, in greater depth each time, invariably filters out all but a few cryptocurrencies, likely what you could count on one hand. Sure, many are decentralized, and a few could work well with a global user base. Maybe some can even qualify for both. But how many are the best at doing both?

I’ve been very public about my journey in cryptocurrency advocacy, spending three years doing everything I could to promote Bitcoin, and then spending nearly as long so far promoting Dash. I did this through following a very simple and logical process: Bitcoin, as the original and oldest cryptocurrency, had both the strongest decentralization and the highest chances of being used by the whole world. I liked other projects and coins, but focused on Bitcoin because of this. Then in late 2016, far before it became unusable for its level of micro-adoption, Bitcoin became unusable for mass adoption. Faced with the challenge of sticking to my principles, I searched for other projects that were similarly decentralized and also had the best chance at being used by everyone. After thorough critical evaluation based on scaling plans, ease of use, fees, features, branding, teams, and community, I settled on Dash. I regularly repeat this critical analysis to make sure I don’t fall permanently into a “shill camp” where I’m promoting something that isn’t the world’s best hope for decentralized money, thereby betraying my principles.

Here’s where it gets personal. Having said everything above, I’m going to ask you: are you living out your principles? Are you supporting the project with the best censorship resistance, or are you backing something you know is at least semi-centralized? Do you promote a coin to the average person that you like and makes you feel good, or that you genuinely know is the best tool out there for their needs? Do you genuinely promote the best peer-to-peer digital cash the world has ever seen, a project that you’ve objectively evaluated through several criteria, or do you just push something that appeals to your own personal tribal sensibilities? Do you speak highly of projects you know aren’t worth it out of a sense of not wanting to “rock the boat,” or similarly disparage good projects or those you know nothing about? Or do you focus on what you know works best, but still lend a word of support and enthusiasm for runner-up projects that do what you’re trying to accomplish second- and third-best?

You’re under no obligation to do anything. However, if you claim to be a proponent of decentralized money for the whole world, you have voluntarily assumed a moral responsibility to see this goal through to the best of your abilities and relative commitment level, and you owe it to your integrity to focus on supporting the best method of carrying out this intended outcome. If you spend your days maligning good projects or promoting something you know the whole world won’t use, look at yourself in the mirror and ask yourself who you really are and what you really stand for.