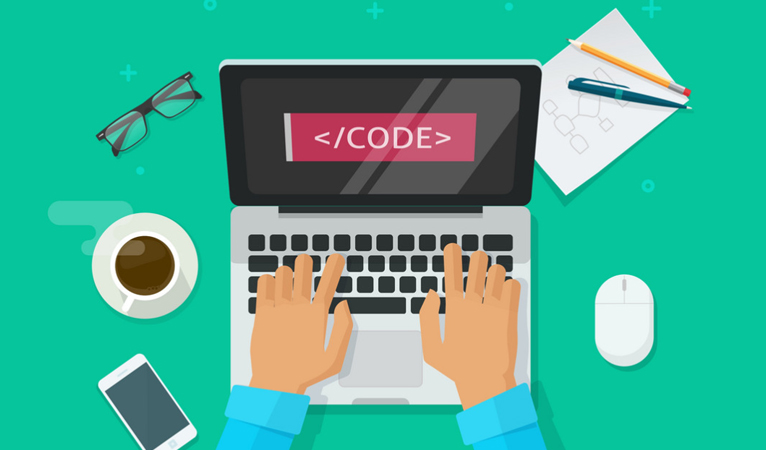 My account was suspended for 12hrs for providing free career advice to failed journalists. Twitter deemed my advice “abusive” toward the same verified accounts who were tweeting threats of violence to school children only one week ago without consequence. #LearnToCode pic.twitter.com/UVEqP5H0hX

In the wake of a series of layoffs of journalists and opinion writers, particularly the Huffington Post’s entire opinion section, haters and critics (and certainly a mix of the genuinely helpful) have piled on, suggesting that these recently unemployed people should learn how to code. This advice has largely not been taken well, to the point of such suggestions being taken as abuse and harassment.

While in this circumstance, compared with the highly-specialized writing skills recently made obsolete, coding skills may represent the clearly practical opposite, this may not last forever. We may soon see a day where these same smug developers are themselves on the chopping block and subjected to similarly patronizing suggested career changes.

“Learn to code” really means “produce something the market demands”

It’s important to remember that, while “learn to code” is a literal suggestion, what it means more than that is “learn a practical, marketable skill.” Particularly in an increasingly technology-driven world, coding skills are in wide demand and high compensation, while old-school journalists and opinion writers, in an age of high distrust in traditional media and low barriers to entry for amateur citizen journalism, are not. So while coding is a more preferable skill to learn, this isn’t because of the nature of the skill itself, but because of its present-day marketability. The same situation can easily be applied to coders someday if there is too much supply vs. market demand compared to future sought-after competencies.

Parallels exist between the crypto crash and the “journalist crash”

The market can be a brutal mistress, particularly in a speculative environment, and the same thing that happened to the mainstream media industry can easily affect the crypto world. And to a certain extent, it already has. During the epic 2017 bull run, blockchain mania was plentiful, and there was an over-abundance of money to throw at just about everything crypto. Developers, consultants, visionaries, speakers, and every manner of self-proclaimed “expert” made a go at this pile of new investment. Now, with many projects at 95% retracement levels or more, many of these people are now out of a job, just the same as the journalists who are being told how to code. There is still immense potential behind cryptocurrency, and the relatively small pool of competent developers will be in high demand once the market picks up steam again, but much of the superfluous elements of the industry will continue to be shaken out as the field matures.

Coding without business is not sustainable

Right now, much of the work in cryptocurrency is invested in building out the technology with the hopes that it will someday be useful to the business world. However, this speculative approach is not sustainable without an eventual practical use case for business. At some point, much crypto coding skill will absolutely useless as it will be creating things that aren’t useful to anyone, and the market will respond by valuing a good portion of developers as not worth much at all. At least talented developers will always be in certain demand, however the rest of the crypto clingers-on from the “hodl moon lambo” era will fare far worse.

Soon, one thing will be in sharp demand: business skills. Product development, marketing, sales, customer support, strategy, all will be much more valuable professions than those of the present-day cryptoverse. All the amazing tech in the world won’t matter without someone able to design a product around it that people will want to use, and the developers of tomorrow will need to know how to bend their work to this practical vision. Gone will be the days when simply being “in crypto” and knowledgeable about the tech translated directly into a career without any clue how to participate in applying it to commerce.

Karma has a funny way of bringing the mighty and arrogant down to the level of their actual value to the free market. Right now we have many telling the recently unemployed to learn how to code, and rightfully so, since it’s a skill far more in demand in the present economy. What they may not see, however, is how the market can turn the tables quickly, place a value on something else, and turn the popular skills of yesterday into the obsolete of today. If today’s coders don’t pay very close attention to shifting market demand, they may end up laid off and confused as well.

So if you’re a crypto pundit, developer, consultant, or otherwise self-described expert, and start to get worried about your employment future, let me be the first to tell you: learn how to sell.