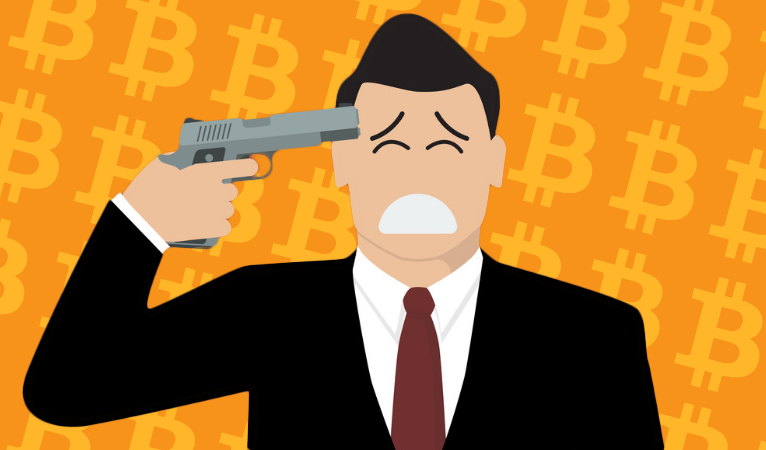 Bitcoin maximalism is a concept that has existed ever since the world’s first cryptocurrency was no longer alone. It essentially consists of believing that only Bitcoin will succeed, and other similar projects will fail, as well as a dedication to protecting this outcome. While commonly associated with fans of the original BTC chain, a post by a Bitcoin SV fan and self-avowed Bitcoin maximalist sums up the key tenets of the philosophy with a list of assumptions about Bitcoin:

Along with those three, I would add a fourth point: the Bitcoin whitepaper, along with Satoshi Nakamoto’s words and works, reign supreme.

This way of thinking, however, even after ten years of survival, is not meant to exist in prominence in the long term. Because of the inherent fallibility of these base assumptions, Bitcoin maximalism is hardwired for self-destruction.

Open-source, decentralization, and the free market dictate that there will NOT be only one

The first idea, that Bitcoin is the only cryptocurrency that will dominate and win out long-term, is antithetical to several key underpinnings that make Bitcoin what it is in the first place. Its code is open-source, meaning that it can literally be copied with minimal effort, and modified to experiment with various improvements and alternate features. Its infrastructure is also entirely decentralized, with an alternative network of nodes and mining equipment able to be created relatively quick with the right demand, or simply switched straight from Bitcoin (as we’ve seen with Bitcoin Cash and Bitcoin SV).

These two elements only combine to amplify a third: the free market. With billions of potential users around the world with a wide variety of needs, considerations, and circumstances, the odds that a single platform or technology, especially the first ever in its class, will completely dominate the needs of the whole world with no room for complements or competition, are extremely slim. The absurdity of this hypothetical situation is magnified by just how easy it is to birth and distribute a competing product. And these competitors have in many ways outperformed the original in areas like scale, privacy, and most recently governance, where Bitcoin’s many contentious hard forks and community divisions have been avoided by projects like Dash with functioning governance mechanisms. Simply put, “one coin to rule them all” is an absolute fairytale, especially in this space.

Proof-of-work has remained on top, but must be improved upon or suffer attacks

The foundation of most cryptocurrencies is proof-of-work mining, which has stood the test of time as a way to secure networks in a manner that’s both decentralized and difficult to attack. Most major successful and decentralized projects are based on this security method, and while others exist and many more are being developed, none have yet come close to unseating the original. In recent times, though, some cracks have formed on the viability of proof-of-work. Several minor chains have suffered 51% attacks, and Bitcoin Cash endured a hash war that resulted in a split coin. The market may very well have reacted to this insecurity when we collectively realized that networks assumed to be secure were much more vulnerable than previously expected.

That isn’t, however, to say that there is something inherently wrong with proof-of-work, or even that it won’t end up remaining the best method of securing cryptocurrency networks. That just means that it isn’t holy or perfect, and can be improved with some modifications. For example, Dash recently invented ChainLocks, a method of improving proof-of-work’s security by using masternode quorums to reject blocks mined maliciously. If mining survives and dominates long-term, it won’t be in its purely original form.

“Infinite” scaling is a goal but absolutely not a given

Probably the most hot-button issue in the history of cryptocurrency is scaling, and the contention that it can or can’t scale, and how it could, has divided communities and sparked endless debate. The idea of only one chain persisting, however, requires that Bitcoin scales infinitely, an idea supported by the originalist/Cash/SV camps of maximalists. The idea that a cryptocurrency can scale to reach wide audiences is perfectly reasonable, as is the goal of making it an accessible money for every person on the planet, though this is no easy task and requires some complicated puzzles be solved, like block propagation at high transaction levels. However, scaling to meet every single need of every single person for every single purpose, on a single chain, may very well be a fool’s errand, and at best may result in some unenviable tradeoffs. Does the world money chain need to process every micro transaction and social media-integrated payment for every “like” and impression? How about every transaction in an online game’s expansive world economy? What about smart contracts, monetization per impression, signed messages, and a host of other applications for an immutable ledger? That could very well amount to thousands of transactions per day per person, and any single blockchain attempting to process that many on a global scale will likely run into problems.

Even if possible, a series of compromises and tradeoffs may be necessary to fill the whole world’s various needs with a single blockchain. Too large of a blockchain eventually may necessitate storing only more recent transactions rather than the whole chain, which could impact the principle of an immutable permanent ledger as a source of an ultimate truth. Too large of a strain on nodes may result in only a select few running them, which impacts the decentralization prospect of the system. And having a system process low-value microtransactions along with monetary transfers can impact the profitability of the latter where miners simply cannot afford to process billions of payments and trillions of transactions for other purposes, all for a cost that is economically acceptable to all users. At some point, trying to have Bitcoin do everything may impact its ability to do what it does best.

Evolve or die, nothing lasts forever

Finally, there’s a certain fatality to the concept of never-changing tech. Bitcoin didn’t exist until ten years ago, and likely wouldn’t have been possible for nearly all of human history outside of that point. While many of the concepts and innovations in the Bitcoin whitepaper may very well be timeless, its approach to securing a decentralized financial network constitutes the best that was available at that time. Improvements to privacy, speed of transactions, security of the blockchain, and governance have since been developed, with more surely to come over the coming years. Building on Bitcoin, one of the most groundbreaking and liberating technologies of time, is essential. Never evolving past what was imagined at a finite point in time, however, makes the tech just that: finite. An infinite world needs evolution.

Bitcoin’s vision turned the world on its head. Without evolution, it would be a mere footnote in history. Bitcoin maximalism, through its strict adherence to tenets antithetical to long-term relevance, has planned out its own self-destruction.