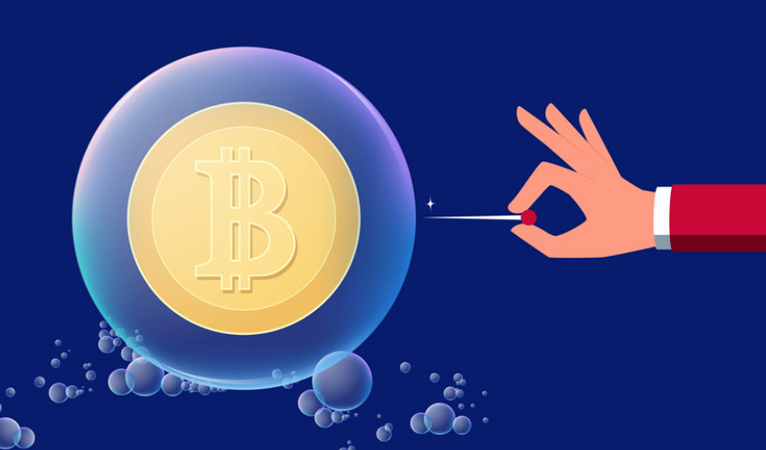 Bitcoin took a huge dive, taking the rest of the crypto markets down with it.

While a market correction of sorts was in the back of everyone’s mind for a long time, the idea was more one of a readjustment after a period of insane growth rather than a plummet off a cliff. It doesn’t surprise me though, and while I did not anticipate this degree of a crash at exactly this moment, I did know it would come years ago.

Let’s start with a blast from the past. In summer of 2013, an acquaintance paid me back for his share of a pizza with Bitcoin. I downloaded an app, received it from a scanned QR code, and that was it. A week later I used it in a similar circumstances to pay friends for a meal so the bill didn’t have to be split. It showed up as broadcast instantly, for a fraction of a cent. Then it hit me: this is huge. I was always a precious metals fan because of their resistance to price inflation, and to see digital gold being able to be sent very cheaply, near instantly, peer-to-peer, no restrictions or accounts or registration, really impressed me. This could really change the world like nothing before.

I got to work, like countless others like me, promoting this new tech as much as I could. Fringe businesses and industries started to use it, not because of some interest in the tech or a willingness to gamble on future value, but because it enabled a whole new group of cost-saving use cases, and provided valuable financial services to those without any. This momentum behind the real-world ability of Bitcoin to transform the global economy is what took it, and the industry around it, to its crazy heights last winter.

Since speculators don’t actually use it, the Bitcoin myth persisted

At some point, the actual experience of using Bitcoin diverged significantly from its original promise. The myths from the early days, however, kept going. Many early adopters kept advertising the way it used to work, hoping that it would return to that state someday soon, and when they stopped, they mainly remained quiet rather loudly proclaim they were wrong before. The momentum behind the old narrative built as stories previously told gained better circulation and retelling. Investors over the years bought into the idea of Bitcoin that was solidified years earlier, without regard to changing circumstances. Why? Because many speculative investors never actually try to use the subject of their investment. They’re sold on the potential of a technology and its present perceived use, and hope that it will go up in value over time as its use also continues to spread. If the tech no longer works as previously advertised, the average investor would have no way of knowing outside of front-page headlines, which would never be allowed to materialize.

What made me realize Bitcoin would crash?

At the end of 2015 I decided to stop taking jobs that paid in fiat currency, and work exclusively for Bitcoin. Mid-2016 I closed my bank account to live entirely off of cryptocurrency. Just a couple of months later, however, the Bitcoin blocks started to fill up. Transaction fees ran into the several-cent range, ever closer to credit card fees, eating into its competitive advantage. Confirmations started to take hours, and due to the increasing likelihood of transaction failure, more businesses and services started to demand confirmations before a sale was finalized. That meant many times I had to wait hours for a payment to go through, several times in person, which often translated to having to skip buying whatever it was I wanted.

Finally, I attempted to consolidate my Bitcoin so I could sell it, more specifically to trade it for Dash. I paid several dollars for the fee, and the transaction took two weeks before it failed completely. After many attempts I finally got lucky with a much higher fee and got it through. At that moment I thought, “This is practically worthless.” Every single bit of Bitcoin price appreciation after that moment has been built on a myth. The price was around $800 then. Does that mean it’ll go back to that point? I don’t know. Probably will eventually. When is anyone’s guess, because Bitcoin’s best days happened during the years after it stopped working.

The damage done, it’s a long road ahead to adoption

The sad part isn’t letting go of the Bitcoin myth. It’s that all the projects that continue to live up to their potential have been hit hard as well. But it’s not the price loss itself that’s the issue, it’s the resulting difficulty in pitching cryptocurrency payment systems. Dash still works brilliantly, but it’s now imperative that any merchant using it converts to fiat currency instantly, and any user not hold any for a meaningful period of time, instead purchasing some to spend immediately. That significantly narrows use cases, and therefore slows down adoption.

Mass use of cryptocurrency is still very much at play for the future. We’ll get there eventually. We just have to get through the great purging of the Bitcoin myth first. Better strap on your combat boots boys and girls, it’s a long war in the trenches ahead of us.