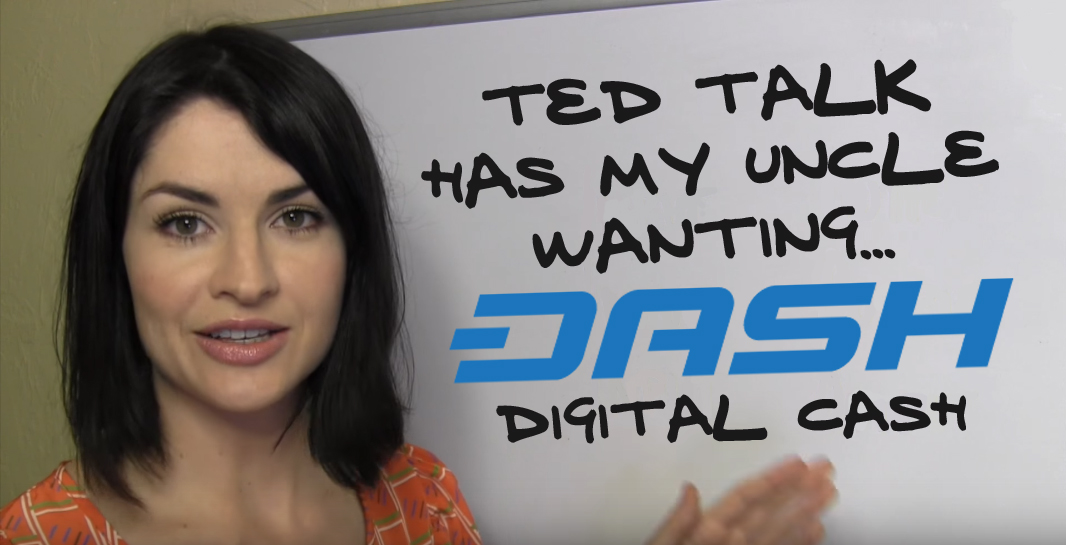 You may know that an associate of TedX Salt Lake City applied for sponsorship funding from Dash’s treasury – a proposal which is currently passing. The proposal holder kindly encouraged me to apply to speak, as well – even sent me the application the day it came out – but alas, I’m informed that I wasn’t chosen.

More on Ted talks in a moment, however.

I’m currently out of town visiting extended family, and a funny thing happened at my uncle’s house yesterday. He knows a bit about what I do, and asks me how Dash is doing from time-to-time. But he knows nothing about how or why Dash works, or even what it actually is. You might call him – gasp! – the average consumer.

And yesterday, he gave me a surprise and announced in front of our whole family that he wants to buy Dash. Immediately.

My mind went into a tailspin – in a good way. What prompted this? Why is an average consumer suddenly asking me how to get started with Dash? The next 60 seconds told me everything I needed to know, as my uncle followed up with two more comments:

1 – “Amanda, tell them the Dash price from last year, and tell them what it is now.”
2 – “I saw a Ted talk on my flight home from China, and the guy said this stuff is the future.”

And that was it. But are the reasons surprising?

Many of us who got in to cryptocurrency early on had other reasons. Some got in due to ideology – a desire to “disrupt” the status quo. Others out of a love of technology – oh, blockchain, how you dazzle me! And still others got in because – hey – how else were you going to buy stuff from the Silk Road?

And when our friends and family ask us, “What’s the deal with this digital currency stuff?”, we make blunders. We confound and puzzle them with things they don’t care about: Decentralization. Fast settlements. Borderless. Censorship-resistance.

I invite you to consider that the average consumer (and maybe you, too?) is motivated primarily by profit. And taking on the risk that profit requires is simply more palatable when you hear a Ted talk-er gush that digital currency is the future while you sit on a plane back from China.

To re-iterate: my suburb-dwelling, father-of-five salesman is suddenly interested in Dash because of A) profit potential and B) the stamp of approval from an authoritative figure. Those reasons may not be your reasons, but consider that they may be the primary reasons for 99% of people.