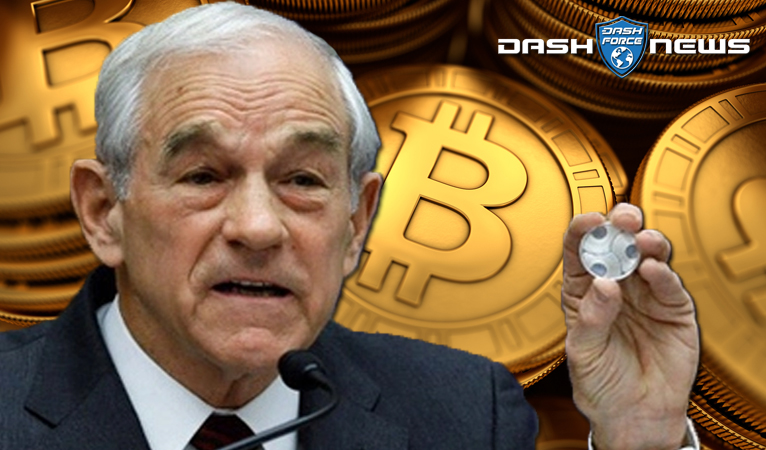 Former US congressman Dr. Ron Paul grew to fame in libertarian circles during his 2008 and 2012 presidential campaigns, running on a platform of fiscal responsibility, and peace. One of the main planks of his political career was sound money, including a push to audit and hopefully shutter the US central bank, the Federal Reserve, making #EndTheFed a rallying cause among his adherents. Despite Dr. Paul’s best efforts, however, he has been upstaged in recent years by another figure in the sound money movement: Satoshi Nakamoto, the enigmatic anonymous founder of Bitcoin.

Central banking has long been a hot topic in libertarian circles, but accountability for the top-down financial system has reached other circles such as the Occupy movement and the 2016 Bernie Sanders campaign. While the expansion of this critical issue into more areas of political consciousness is a good sign, much more work remains to be done.

Audit the Fed bills have shown limited success over the years

Ron Paul’s valiant first “Audit the Fed” bill predictably went nowhere, however much has changed since then. The current iteration of the Federal Reserve Transparency Act looks to have legs and may actually have a shot at passing, largely thanks to Dr. Paul’s legacy and tireless lifetime work on this front. However, let’s inject a bit of reality into the situation: over a lifetime of work, the US central bank hasn’t even been subject to a greater degree of transparency, much less been reigned in or abolished. This is in no way because of a lack of effort in this domain, but rather because of how resistant the political system is to change. If you’re trying to change government through government, you’re going to be disappointed with how much of an uphill struggle you have to deal with.

Now for the good news. Back in 2012-2013, I was looking for alternatives to Federal Reserve notes as both a store of value and as a daily money. The closest I got was looking into a gold debit card by EuroPacific, and using silver pieces in small, everyday transactions. Then I tried out Bitcoin before it really started to take off and gain attention. For the first time I was able to actually use something with a limited supply that wasn’t government-controlled for daily transactions. While for the longest time it was hard to use Bitcoin in most parts of the world, I had a much easier time due to living in New Hampshire, where thousands of like-minded Free State Project participants accepted and used it by default.

I live off of digital currency

Right now, I live off of Dash. There’s a variety of services accepting it as a form of payment, but without a doubt the heavy hitter is BitCart, which allows the purchase of Amazon.com gift cards for a 15% discount when using Dash. That opens me up to a world of possibilities, as nearly everything is sold there, including gas cards. I pay for my local office space, and the local organic farm accepts it. For all the rest, there are Dash debit cards, and there’s line around the block of people willing to buy some Dash for cash without having to deal with cumbersome and expensive exchanges, in case I need something for merchants who haven’t gotten on board yet. In short, I’m doing something that I thought was impossible just five years prior: living off non-government money.

Where is digital currency now? Past $110 billion, that’s where. For reference, that’s nearly double the M2 money supply of the government currencies of Belize, Ecuador, El Salvador, and Zimbabwe combined. Still a small fraction of US dollars, but just the fact of competing in the same field as global currencies, and winning over some, is significant.

Will cryptocurrency end central banking? Quite possibly, though likely not over the next few years. Does it already allow for an easy store of value and transaction tool that can’t be devalued by governments? Definitely. Has it disrupted financial power structures much more efficiently than legislative efforts? Absolutely. I thank Dr. Paul for his years of service in the struggle for financial transparency and accountability, and salute Mr. Nakamoto for taking up the banner where Paul left off.