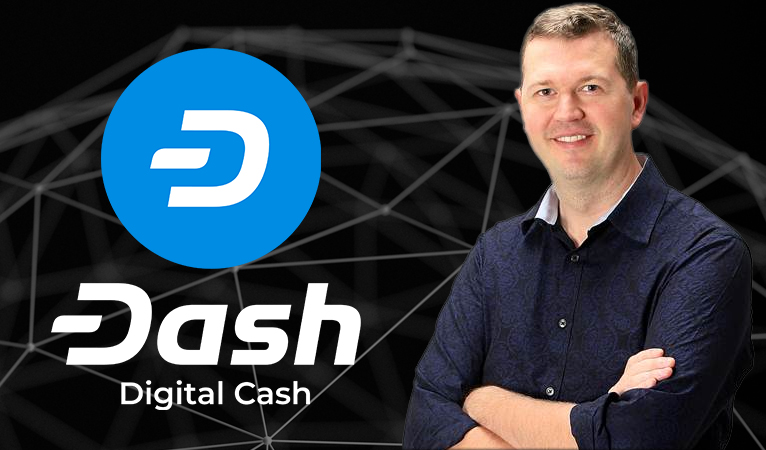 Ryan Taylor, Dash Core Group CEO, appeared on the Crypto 101 podcast to discuss how Dash leverages its unique structure and features to achieve adoption as a currency and payment method.

Ryan started off by discussing his financial services and payments background, which helps him bring a unique perspective since he sees cryptocurrencies primarily as a payment method.

“I think it’s kind of foolish to think of this as a blockchain industry. That’s a lot like saying that I’m in the database industry because my hotel uses a database. We’re in the payments industry.”

Ryan then went on to discuss Dash’s founding in 2014 by Evan Duffield and how it was a very innovative cryptocurrency fork, which was scarce at the time. Ryan mentioned how Dash introduced Masternodes, which was radical at the time, but is now commonly copied. The Masternode network “allows [Dash] to do some pretty unique things” to “provide services that are otherwise not possible” such as InstantSend and PrivateSend.

“We’re able to use those Masternodes in order to provide superior services that aren’t available on single-tiered networks.”

Ryan then went on to discuss, in detail, how Dash provides InstantSend transactions that places Dash’s transaction speed on par with current credit card transactions. It is well worth the listen for someone not familiar with the service, but is outside the scope of this article. However, he highlighted that transaction speed is not the most important thing that will separate Dash from competitors and make Dash usable as an everyday currency.

Balanced value proposition to gain adoption by merchants and consumers

Merchants and consumers all have different desires for an ideal currency that need to be satisfied in order for them to adopt that payment method. Around the 25:30 minute mark, Ryan highlighted how Dash seeks to become a well balanced network by recognizing that trade-offs exist between features.

Ryan then went on to discuss how Dash differentiates itself from other cryptocurrencies “in a lot of different ways” and said “one of the big ones is [Dash’s] governance system”. Ryan highlighted how Dash focused on governance before it was a popular topic because the Dash network realized how important it was “in order to have a coherent strategy; in order to have a coherent path-to-market”. Ryan pointed out how this allows the network to fund projects and groups that have stated goals and “in the case of Dash Core Group, have a stated mission … to be a great payments use case”.

Part of being a great payments system requires merchant adoption and Ryan also emphasized that it is “great [that] transaction fees are low, [but] that doesn’t mean you’re gonna get merchant adoption”. Ryan discussed how merchants will ask for lower transaction fees, but “at the end of the day, merchants care about a few different things and transaction costs is actually pretty low on the list”. Ryan highlighted that merchants care much more about purchase conversion rates by not making payment methods too confusing for their customers or having to reconcile between multiple POS accounts. Ryan added that the incentives for merchant adoption becomes stronger when cryptocurrencies can bring in new individuals that were not customers before, customers demand it, and/or integrate with current systems.

Ryan illustrated that a growth and adoption strategy is necessary by mentioning how “PayPal did not start out by being on every webpage” and how “they started out on a closed ecosystem called eBay and they solved real problems”. Only after, did they expand onto other webpages. Ryan then discussed how Dash differentiates itself from other cryptocurrencies that are unable to develop a strategy.

“You have to have a strategy and a path to get to mass adoption. Right now, there is no strategy because no one is in charge. This is the problem. You have to have a path that you’re going to follow. You need some level of payment expertise to understand what successful paths look like.”

He transitioned into explaining Evolution, which “is a series of releases over the next few years, that will incorporate more and more features” to introduce the familiarity and ease of use of Venmo and PayPal to Dash. This will further contribute to Dash’s overall growth strategy by making Dash as easy to use as current payment methods for merchants, as well as bring in more consumers through better incentives.

In order for cryptocurrency to achieve wide scale adoption as a currency and payment method, it has to be adopted by both merchants and consumers, which creates a chicken-and-egg problem. Dash, however, is able to leverage its structure to create and implement an adoption growth strategy, as Ryan mentioned. Dash is able to do this because of its DAO governance system that allows the network to fund, in a decentralized way, different groups to grow Dash. Since the funding must constantly be renewed, this ensures that the growth strategy is always being checked against the best interests of the network. This also enables the network to hire individuals like Ryan and other Dash Core Group and community members with expertise and entrepreneurial vision to hash out and implement an adoption growth strategy.

These features allow Dash to combine its low transaction fees, fast confirmation times, and security with a go-to-market adoption growth strategy that will make Dash very appealing to merchants and consumer alike. As seen in the numerous areas where Dash is already being used for everyday transactions, this helps prove Dash’s value as a revolutionary new digital cash and payment method.