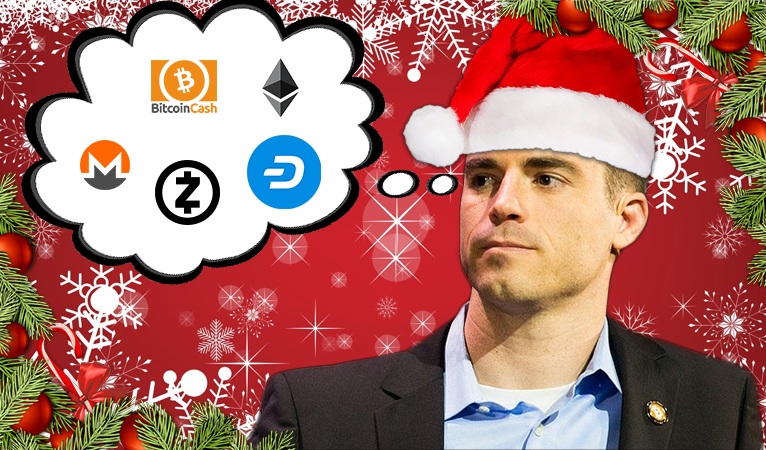 As the frenetic pace of work and preparations leading up the holidays come to a close, it’s important for those of us who are cryptocurrency nuts to take the moment of quiet (when it comes) to think about why exactly we’re so interested in this crazy new technology. In a recent interview published last week, Roger Ver did just that, outlining his approach to promoting cryptocurrencies, and the reason why he does so:

The ultimate benefit of blockchain-based decentralized cryptocurrencies is that it enables anyone anywhere in the world to enjoy the same benefits of unrestricted payments and tamper-proof sound money. There are many aspects of security, risk management, transparency, efficiency, and a host of other factors that may make cryptocurrency an attractive technology, but the main benefit is economic freedom, whose secondary benefit is prosperity. If we got into this for the right reasons, we’re here to free the world.

Crypto opportunism and tribalism both miss the point entirely

It’s been a long and sometimes rough road since the beginning of the cryptocurrency revolution, and we’ve certainly come a long way from the days of unity and tireless volunteer activism. One of the reasons the idea of maximalism gained so much steam is because of the former unspoken rule of “Bitcoin first.” Rather than promote the first crypto because of an alleged inherent superiority, this approach was meant to promote the project which had the best chance of succeeding in wide adoption, regardless of personal preferences or affiliations. This was, essentially, Ver’s approach of promoting whatever has the capacity to free the world.

Since then, however, there have been some crazy tribal divisions, with adherents of the various projects going to war against competitors, sometimes more vigorously than they had opposed the current fiat currency system. And, with the crazy price spikes following speculation that this revolutionary new technology would change the world, large portions (I’d dare say the vast majority) of the cryptospace are simply focused on making a quick buck. A system touted as the replacement for fiat currency became a method of acquiring more of it.

Both these priorities miss the point entirely. You can have your pet project with its specific virtues take over, or you could make untold fortunes, or even both, and it won’t matter as long as the world isn’t more free tomorrow than it was today.