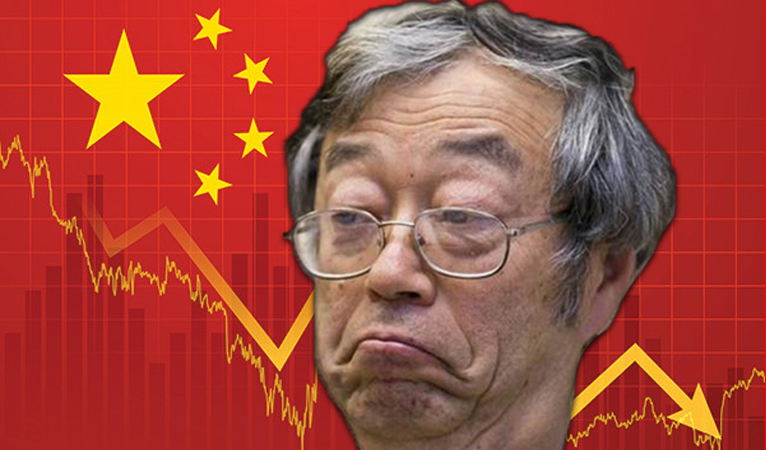 Whether you’ve taken a second loan out on your car to buy newly-cheap cryptocurrency or are seriously contemplating swan diving off the tallest object you can find after looking at your portfolio, odds are you’re aware of the bloodbath in the markets resulting from China deciding to ban ICOs. But what if I told you that the crisis is revealing as to your own character and motivations in the cryptospace?

Note: this piece is for comedic purposes only. The views expressed in this article do not represent those of the author, publisher, or potentially anyone else. Just having fun with the ICO bloodbath. Take it easy.

1: This isn’t even really that bad

$Crypto is so big right now that this panic is just silly. Only ICO platforms focused on China should be worried. #ButLetsDumpEverything

What it says about you: Perspective. Cryptocurrency is way bigger than any one coin or any one country. Who cares that a limited use case token class got banned in some country? Crypto is global and distributed! Who cares if it’s fragile enough that one nation’s government saying they don’t like one type of coin brutally murders the whole market as the crypto faithful flee in droves? It’s uncensorable, uncensorable I tell you!

What it says about you: You’re a true believer in the underlying technology behind ICOs, and, more importantly, the great leap in human potential that they enable through bringing fast, easy, and flexible large-scale financing to any project imaginable as well as plenty that are purely imaginary. Either that, or you’ve invested so much time, money, effort, and hope into businesses and an ecosystem that relies on ICOs being smoking hot that you force yourself to keep believing. Either one.

3: This just rightly crushes the weak

Crappy ICOs will die and survivors will get new blood. #ICOban #bitcoin https://t.co/KMc6Gcdf9S

What it says about you: Unlike these other chumps, you’re smart. You’re strong. You’re legit, not an amateur looking to make a quick buck off of a quick pump. Sure, you only invest in serious projects, which have yet to show any serious and viable real-world application, and of course you’re a bit worried that the collapsing house of cards might take down your portfolio for good, but it’s those other guys who are the suckers. Besides, nothing quite bumps up your street cred like talking smack on Twitter.

4: The darknet shall rise!

What it says about you: You’ve poured your heart and soul into helping create the most advanced and complicated solutions possible to obscuring the transfer of wealth. Betting on the possibility of money being illegal someday (or something like that), you’re all-in with tech that makes finances completely untraceable, as well as too difficult and clunky for anyone to want to use. But the world just might get bad enough that even grandma will learn to use the command line to save her mattress money. In that day you shall rise as a true hero.

For 2nd time this yr, my hat is off to the Leadership Displayed by #Chinese Regulators & PBOC. #ICO‘s are mostly scams. Clean that SHIT UP! pic.twitter.com/ZrMB9aCcLK

What it says about you: It’s clear you’ve missed the entire point of cryptocurrency. Like, all of it. The reason we don’t have a trusted body to verify transactions, why it’s not tied to your identity, why no one can stop you from using it, etc. Basically, you’ve forgotten everything that makes crypto great except the fact that its value goes up, including all the reasons it keeps going up. And won’t be able to understand why when it actually starts going down.

Honorable Mention: Something unrelated to ICOs

Bitcoin’s value comes primarily from its usefulness as a payment system. If that system ceases to be useful, it will cease to be valuable.

What it says about you: You don’t care about ICOs. Either you’ve been living under a rock since Satoshi ascended to bit-heaven above a cloud of immutable code, or you’re laser-focused on that original purpose for peer-to-peer electronic cash and can’t be bothered to opine about comparatively trivial matters. Who cares if the star of the crypto show is going down in flames when your first love is still in the hospital on life support?