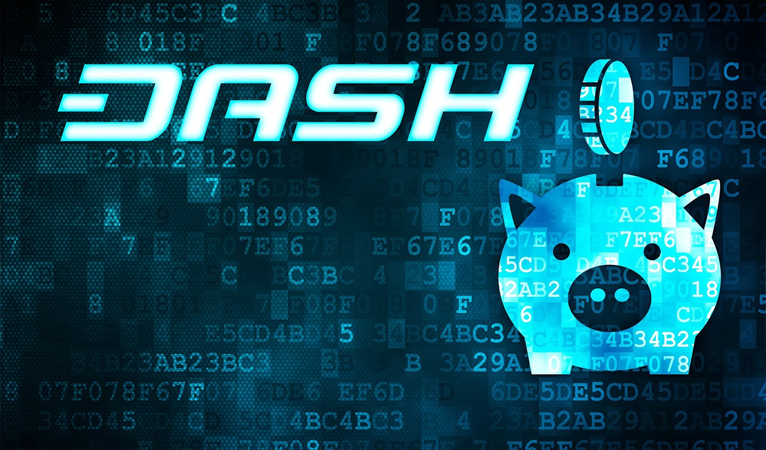 This is my third monthly update on newly approved Dash Treasury proposals.

Breaking the proposals in arbitrary groupings to look at them (and make readable screenprints) the majority of proposals fall into the “community growth” area.  It is exciting to see the growth in “local” meetup / educational projects around the world – Ghana West Africa, Zimbabwe, Serbia, Morocco, Brazil, Germany, Venezuela,  Malaysia and more.

With current funding of Dash news and video production in English, Spanish, German, Portuguese, Ukrainian and Arabic much more of the world will “understand” how Dash works and why they should care. 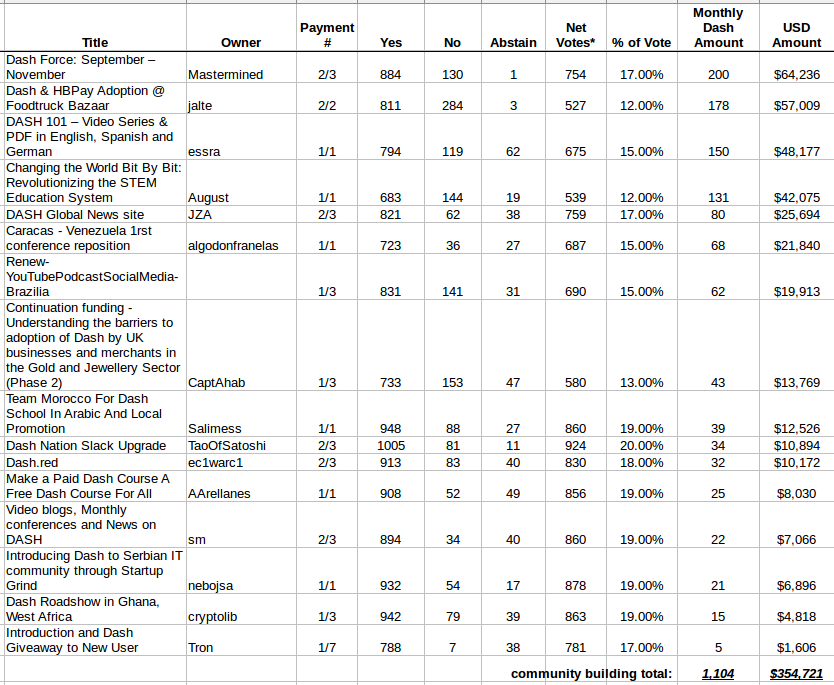 The big marketing proposal for this month is the Dash core team request to sign a marketing contract with Ogilvy and Mather, a leading global multi-channel advertising agency and marketing firm for a professional rebranding and a digital advertising campaign consisting of strategy, creative development, production, and media management.  This was the second highest voted proposal so the masternode network is very supportive of this.

The top voted proposal was a development project for masternode tools.

These proposals aim at growing the Dash network using ATM’s, new niche markets and exchanges.  The largest single proposal of the month is with Alt Thirty Six to establish an ATM network to support the push into legal cannabis stores.  They are working with a vendor to develop a “new generation” of ATM’s to make buying Dash very easy. Another proposal will help get into the business-to-business side of the legal cannabis industry.

The Dash Kuva Project is a three month proposal ($180K this month) to develop the infrastructure to support Dash use in Zimbabwe. It has the potential to really help a country that has had severe financial issues. 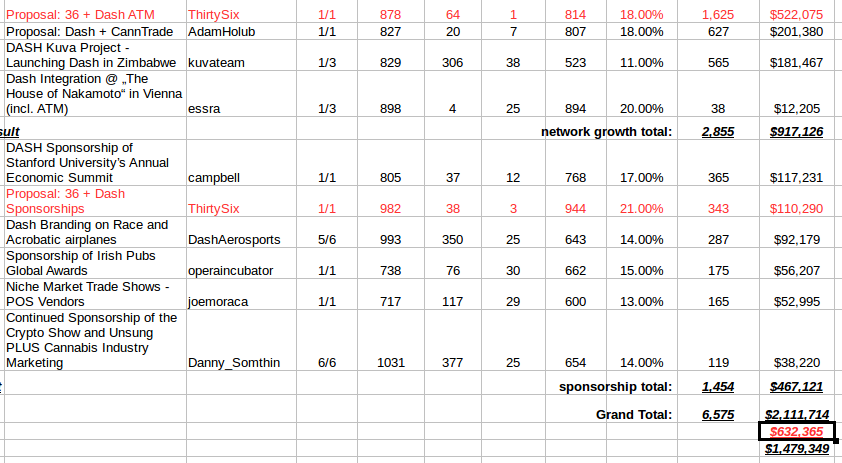 The DASH Sponsorship of Stanford University’s Annual Economic Summit is a $120,000 commitment to introduce Dash to the economic elites at the event.

The Stanford Institute for Economic Policy Research (SIEPR) is a nonpartisan economic research institution housed at Stanford University. It was founded in 1982. Their stated mission is to support research that informs economic policy making while engaging future leaders and scholars. They seek to share knowledge and build relationships between academics, government officials, the business community and the public.

SIEPR is a thought leader and hosts events throughout the year and publishes research. Their main annual event is the Summit held in the spring every year and will be held at Stanford on March 8th, 2018. The Summit is a one day event and covers major topics in economics and hosts leading thinkers in policy, business and academia. The event is already sold out for next spring it will host 430 people which is the maximum capacity for the venue at Stanford.

Another Alt Thirty Six proposal that received strong support is to fund an exclusive system preview event for their partners and potential clients along with funding sponsorship’s for a number of cannabis conferences in their market area.

The sponsorship of the Irish Pubs Global Awards seems exciting:

There are 500 people expected at the event including Irish and overseas publicans and restaurateurs, drinks industry executives and investors. The Irish Pubs Global network has 9,000 people subscribed to their newsletters with nearly 7,000 pub owners on their database.

The headline sponsorship package includes an official partnership with Irish Pubs Global who are contracted to work with Festy on a 12 month marketing campaign to secure as many clients as possible on their network.

Taking just the figures of sales volume in Cork, if we assume that this strategy is successful and we achieve a conservatively estimated 15% adoption rate as a result then we get:

Another proposal (submitted by me) will fund targeted tradeshows to research point of sale system and payment gateway vendors with the goal of identifying strategic integrations.

Also funded are continuations of funding for Dash Aerosports and the Crypto Show proposals.

At the time I am writing this there was a “technical issue” discovered that has stopped the funding of the two proposals submitted by Alt Thirty Six. The budget processing code will only accept “normal” payment wallet addresses and “mulitsig” addresses were used. This is the reason they are highlighted in red on the above graphic.  Ryan Taylor just submitted this forum post explaining the issue and solution.

This solution ensures minimal delay for AltThirtySix obtaining the counted-on funding to host their launch event on October 14th. I assume the high support level these proposals received will lead to them passing swiftly, so it should not have a dramatic impact on executing their plans.

With the Dash Conference in London and the treasury funding of 30 proposals for $2 million it was a very exciting month for Dash!