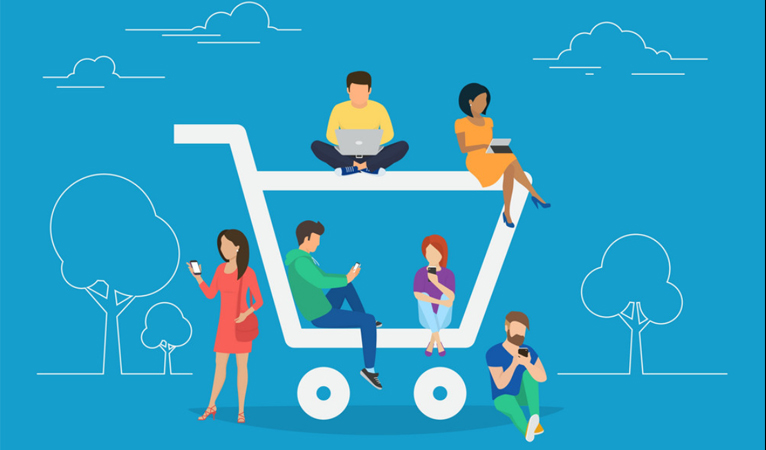 The following is a guest opinion piece by Nathaniel Luz, head of Dash Nigeria, a project to spread the use of Dash in Africa

Since the digital currency Dash launched as a credible e-commerce solution for businesses and customers in 2014, almost 5,000 business and over 40,000 active addresses daily have been created. As we go past the mid-way point of 2019, we look to examine why more merchants and customers are adopting the Dash currency, and why Dash is going to change the way e-commerce happens in Nigeria – just like it has already done in other countries.

Before we research the key issues facing the Nigerian e-commerce industry, let’s get a quick snapshot of Nigeria in numbers.

Nigeria is a country of over 198 million and Nigeria has a GDP rate of $1.1billion. The Nigerian economy grew at a rate of 0.8% from 2017-2018. International trade only accounts for 20% of the overall GDP and only 44% of Nigerian adults have access to a bank account. In contrary according to The Mobile Economy Report 2018 forecast that over 128.5 million Nigerians have access to mobile phone subscriptions by 2025. This has led some organisations to refer to Nigeria as “The Mobile Economy”.

What we can determine from this information is that merchants need to provide more opportunities for trade with their customers rather than traditional methods such as credit cards and cash to avoid further discriminating their growing customer base. By 2050, Nigeria is expected to have the world’s third largest population which will need alternative and versatile payment methods to allow merchants and customers to grow. The tried and tested solution is Dash as an alternative method of payment.

We will explore this in further detail below.

Major issues in the country are still linked to its technological infrastructure, which is plagued with around 32 major power cuts a month, which has been calculated to lose on average 10% of sales for companies. These power cuts have major implications on e-commerce providers that operate card machines for card payments with customers unable to pay for low value transactions. For larger transactions (with a higher value) slow infrastructure can lead to major payments taking up to 5 days to arrive.

Outside of poor infrastructure and lack of alternative payment methods for customers, Nigeria has been hit with growing food and living costs as well as steadily growing inflation from 2017. Trust in traditional e-commerce payment methods are discriminating against the majority of the customers and Nigerians are losing trust in supporting cash based e-commerce. Incidents such as inflation and lack of government investment into the e-commerce sector has brought solutions like Dash to the forefront of this revolution.

Below we explore core issues within Nigerian e-commerce and how Dash is providing solutions for both merchants and customers.

“Even though they want to buy, trust is still a very, very big issue.” This was what Tunde Kehinde responded when asked why fraud within e-commerce was such a big issue. He later went on to say when prompted further about how to grow the e-commerce sector in Nigeria: “It’s very important that people know it’s not a scam.”

The issue is with merchants who are victims of fraudulent activities because of credit card fraud. Eventually when the funds are reclaimed by the banks the merchants are forced to pay, which means they make a loss in the product and also forced to pay back the cost to the customer who has been defrauded.

The Dash platform has the ability to massively reduce fraudulent activities within e-commerce in Nigeria. An example of how Dash has found success in highly volatile (including high fraud activity) can be taken from Venezuelan merchants who have already found great success and have been protected from fraudulent transactions.

Lagos Business School (LBS) in their 2018 report titled Customer Segmentation Framework identified that only 49% of Nigerian adults have bank accounts. On the contrary the Jumia Mobile Report of 2019 found 56% of the Nigerian population were regular internet users.

This lack of access to debit or credit cards has stunted the development of Nigerian e commerce because more and more sellers are having the rely on cash to execute transactions. The drawbacks of relying on a cash based environment is when Nigerians are hit with hyperinflation making cash held by both customers and merchants worthless. Another issue is that this prevents Nigerians from accessing international markets easily because they can’t exploit e-commerce payment models in other countries.

An international transfer can take up to five days to fully take place as well as costing (up to) 10% of the total amount being transferred. Using Dash here will save users both time and money, as they can move any amount of money in one second with a fee of below one cent.

Dash is a highly versatile technology which can be seen in Venezuela amidst the economic crisis when the national currency was hit with hyperinflation. Since December 2018 more customers and merchants are utilizing Dash rather than their own currency (bolivar). In Venezuela, Dash has piloted a scheme where users do not need access to the internet and instead can send data (such as a payment) via an SMS text message. The trial is having some great feedback and also proves that Dash doesn’t really on a single entity such as banks or even the internet for customers and merchants to use this service. This ultimately means Dash has a much lower rate of downtime in a country plagued with power cuts.

The benefits of customers using Dash for their purchases against traditional credit cards and cash include: more security because data about each transaction is held on the blockchain meaning there is forever a timestamp as well as the data being completely private to the user, and because the transaction is instant their funds can be received in under one second.

Merchants who accept Dash and customers who use Dash have the ability to store the currency in a variety of different wallets which are most convenient for them including: online, mobile, hardware, and paper based wallets. They can view their balance instantly and no longer have to really on banking infrastructure to have access to their own funds.

Dash is already a major e commerce player in the world and it seems that in the midst of complications with traditional payment structures such as cash and credit/debit systems, Dash has some key areas of opportunities.

To summarize Dash offers Merchants and Customers 5 core benefits:
• Payment transfers delivered in under a second
• International payments acceptance at no extra charge
• Advanced fraud protection from all parties
• Almost 0% in transfer fees and 0% for holding balances
• Complete privacy for both merchants and customers. 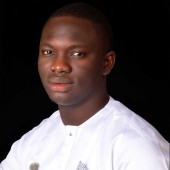 Nathaniel Luz is the project lead for Dash Nigeria.