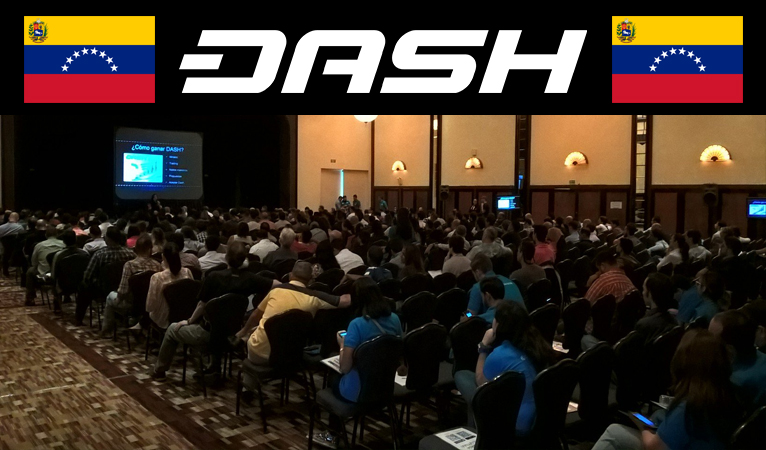 A repeat of the first Dash conference in Venezuela drew over 350 attendees.

Late this summer, the Dash network voted to fund a series of educational conferences in Venezuela, headed up by Dash Caracas. A recent conference, a repeat of the first in the series, drew hundreds of people. According to Eugenia Alcalá Sucre, the event’s organizer and lead of Dash Caracas, the feeling of excitement in the air was palpable:

“Yes, through all the process, preparation of the team and the event logistics, all morning during the event, and in the after party with the work team, the preponderant environment was of joy, enthusiasm, hope and creativity. You could even see it in the social media. We got to be trending topic in Venezuela in Twitter with the hashtag #dashccs If you navigate that hashtag you will find photos, videos, questions, ideas, congratulations, even people offering to sell or buy Dash.”

Former Dash: Detailed host Amanda B. Johnson retweeted the photo of the conference, indicating that it represented a victory over the current fiat currency system:

Holy shinola — look at this turnout for a recent DASH educational event in Venezuela.

A repeat of the first conference due to significantly higher demand

Rather than the second conference in a series, this was actually a repetition of the first conference, only expanded in order to accommodate the much higher demand, according to Alcalá:

“Actually, this was the reprise of the first conference, because the first venue was too small for the amount of people who wanted to attend. So we did again the conference “What is blockchain technology and what are cryptocurrencies”, which is the first of the series: “DASH – Digital Cash and other cryptocurrencies for entrepreneurs.””

According to Alcalá, the first attempt at the conference had almost double the anticipated turnout, so a much larger version was planned. This conference fell short of revised expectations, but still had nearly five times the attendees of the original estimate, and over three times that of the first version of the conference:

“My first pre-proposal was intended for 80 people, and the Dash community asked me if I was sure we would be able to have such a turnout. Then, the day of the first event we received over 140 people. We had to get tables out and get chairs in in order to accommodate them. That is why we decided to make a reprise of that subject. For the October 22nd event we expected 550 people, but only 350 attended. That is why we are re-designing the confirmation strategy for this kind of event. For November we will do it differently, so we ensure we can have as many people possible.”

Venezuelan business is taking to Dash

There is also a strong interest in Dash among entrepreneurs and businesses, according to Alcalá:

“We also had presence of five entrepreneurs this time, each had a stand and they got to sell products accepting Dash, also to receive donations.”

Alcalá sees Dash as a solution to many problems that merchants may have, however it also comes with some inherent risks due to the fairly unregulated nature of cryptocurrency, and the potential for the government to establish unfavorable regulations and thereby disrupt businesses already using Dash:

“As a solution to the biggest problems they have: lack of cash, malfunction of the banking system, lack of access to a global market because of exchange control
they are willing to learn. But we have to be careful, because of the lack of regulation in Venezuela about cryptos. So, part of our work as entrepreneurial community is the assessment in legal and taxes matter.”

Finally, Alcalá sees the necessity for more exchanges and fiat currency on-ramps for Dash as a necessity to furthering the Venezuelan Dash economy”

“In Venezuela’s case, I think the tendency will be to hold a part of their Dash as savings and as a way to be able to buy in foreign markets. But the other part will be exchanged to bolivars, in order to be able to pay for everyday expenses. That is why we are asking Venezuelans Exchanges to accept Dash as soon as possible.

However, the more businesses in Venezuela accept Dash, the better, because people will be inclined to buy directly using Dash, because it is A LOT easier than using cash or the Venezuelan banking system. For instance, many people in the conference were interested on how to have Masternodes shares, as a viable way of earning a passive income.” 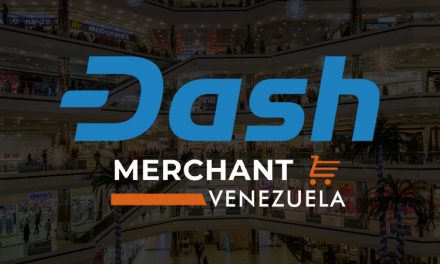 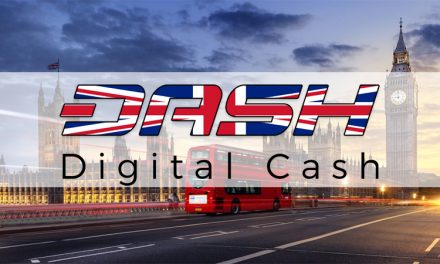