1: Dash Platform/Evolution to Be Released This Quarter, Version 0.15/0.14.1 Released Soon

Dash Platform/Evolution is still anticipated to hit public testnet, or Evonet, this quarter. Evonet is separate from a regular testnet in order to preserve the testnet results for integration partners after the testing period is complete in order to facilitate moving to full mainnet next year. At least a half-dozen launch partners are very excited about Platform and will be participating in testing this year. Demand for Platform can specifically come from payment processors seeking to expedite the customer checkout process, whereby they can simply send a request for information to a user’s username and, once accepted, receive all information requested such as shipping address. DCG plans a lot of outreach to partners and developers during the testing phase, hopefully attending a big cryptocurrency conference and unveiling Dash Platform with a splash when it hits mainnet. Everything depends on dates and available budget.

Dash Platform will let you issue tokens like Bitcoin Cash’s SLP tokens, but much improved. This may possibly include a “stable token” if so desired by the community. At the moment anything will be able to be stored on Platform without restriction, however, in the future there will exist decentralized solutions on how to prune data to exclude illegal and otherwise unwanted material without constituting censorship or centralization.

There will be a new smooth documentation portal and look in time for Platform release to assist in getting developers up to speed.

Evolution may have been delayed by temporarily shifting focus on InstantSend by default and ChainLocks, which were seen as much more critically-important improvements in the short term (usability and security, respectively). The DCG development team is significantly smaller than it was a year ago due to funding restrictions, but much more efficient. Agile development processes has improved development speed.

Version 0.14.1, now renamed the 0.15 release, will be out very soon and includes nearly 1,000 commits covering the big fix in chained InstantSend by default on high-volume bursts, numerous PrivateSend improvements, and more.

2: Potential Block Reward Modification Proposal By the End of the Year

DCG is actively working on bringing forward a discussion about changing the block reward allocation away from the traditional 45/45/10 split. This is because now that ChainLocks has significantly improved security, the block reward portion going towards mining may be excessive compared to the benefits. This decision will first involve answering technical questions, as well as intense community discussion, and of course a network vote before any change in course is adopted. Discussion may begin before the end of the year.

Additionally, Dash reward distribution through the treasury may have a smaller effect on price than a pure mining-based system, where miners dump most of their earnings immediately on exchanges to pay bills.

Privacy is a spectrum rather than binary. DCG demonstrated that Dash is no different from Bitcoin from a privacy standpoint. DCG has engaged with regulators and exchanges in Japan and Korea, two countries where Dash has suffered from exchange issues. In Japan, Dash Japan spent a lot of time and effort arranging meetings with regulators, and DCG was in Japan in the beginning of September. Dash was formerly listed on two exchanges, CoinCheck being the one with remained with Dash, which then removed it following hacks. Regulators were unable to pinpoint what a privacy coin is, and why Dash should be considered as such. South Korean exchanges have paused Dash delistings. In the UK several exchanges reversed delisting decisions and even added ChainLocks/InstantSend thanks to renewed conversations with DCG.

4: Alt36 Is Public With Dash for Payment Rails, Other BizDev

Alt36 launched a private beta in July, and launched fully and publicly in August, and now processes transactions across several merchants using Dash as a payment rail, while merchants may manually enable Dash as a payment option. DCG is working closely with Alt36 on automatically activating all merchants to accept Dash by default sometime in the first half of next year.

There has been a significant shift in attitudes in the gaming industry towards cryptocurrencies.

DCG BizDev has all funds currently committed, with a new proposal expected next month to replenish their budget. Costs per major exchange integration rank about $3,000 per integration. Efforts directed towards high-volume or new fiat trading pairs to integrate InstantSend have gone very well, and Coinbase has made ChainLocks easier to talk about to other exchanges. Data exists showing that reduced confirmation times equal more trades.

5: Dash Usage and Adoption Continues to Grow Despite Price

Dash has performed well in all major metrics, except for price and market cap ranking. Dash set a new record for economic transactions and active wallets, including a 39% increase in economic transactions this last quarter. A new metric introduced, the median number of transactions per day, is being used now as it represents more real transaction counts and removes the effect of stress tests or other transaction spikes.

DCG is running a small monthly deficit, but there is enough in reserves that this is not an issue for some time. DCG is working on a comprehensive plan to improve the economics of the network, meaning price and market cap ranking. 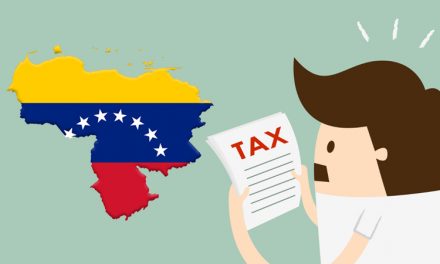