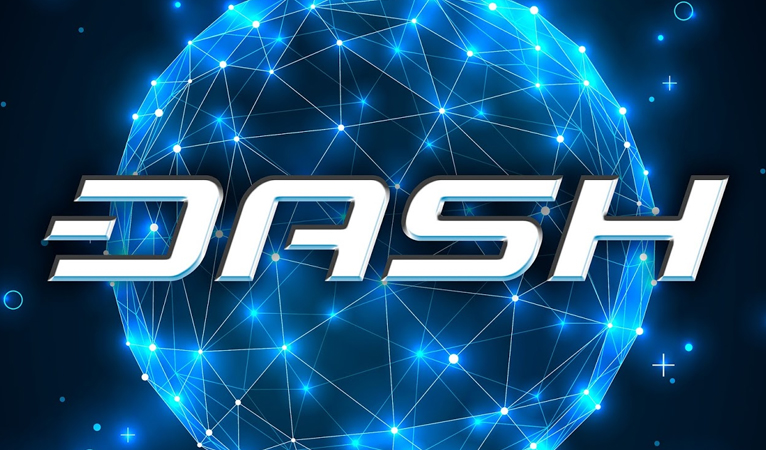 Masternode owners vote for Dash treasury funding proposals.  Those that pass get funded.  So it makes sense that tools which help manage masternodes would be popular.

In the last cycle one of the proposals with the highest net votes was:

Which funded development on a GUI tool that helps masternode owners secure their collateral and perform other similar functions.

Shortly after I’ve stumbled upon the Dash technology (of course, thanks to Amanda’s videos), Dash began to surge in value and thus I became interested in the matter of masternode collateral security. Earlier, the collateral was usually controlled by the Dash-QT software wallet, but its value was now too high for the solution to be considered safe in an era of ubiquitous malware. There was already a great solution at the time (chaeplin’s dashmnb) that made it possible to secure the collateral with a hardware wallet (e.g. Trezor), but some people put off migrating to it since it lacked a GUI, which may have been an obstacle to non-technical users. I decided to give chaeplin’s creation a graphical form – this is how Dash Masternode Tool (DMT) came to be.

The first version of this tool was published back in March of 2017.  The dash.org forum post shows the level of commitment Bertrand256 has to the project – there are 6 pages of comments – highlighting new releases and feature requests.  He has recently incorporated proposal voting into the project with plans for additional functionality. 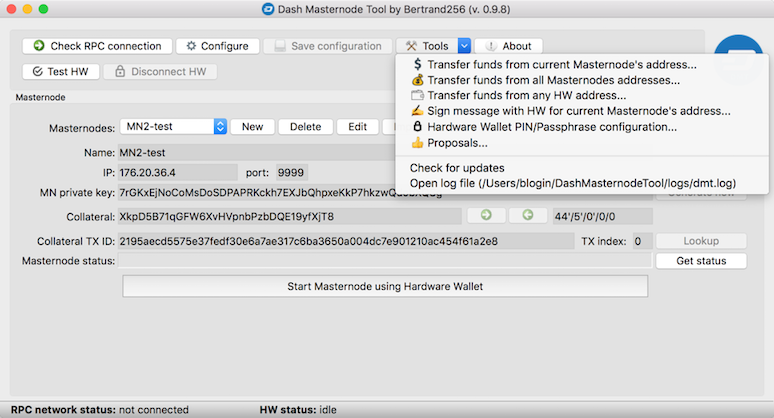 This proposal will allow Bertrand256 to work fulltime on the DMT project for a period of 2 months (or 4 months), thereby accelerating the implementation of the following functionalities:

Adding support for the Ledger Nano S will be a major undertaking and a big deal for masternode owners.

This proposal funded the creation of secure.DASH.run which is a website devoted to Dash masternode owners to also allow them to setup their masternode with secure hardware wallets like the Trezor.

With this website You can very quickly start Masternode on Mainnet or Testnet in secure way (even from internet caffe being on vacations!). There is no need to use custom firmwares, installing anything more that is needed to use Trezor (i mean more than trezor bridge). No python, no logging to remote servers, no using Dash Core wallet. You can just use Your browser and Trezor! The idea behind this is that this site should be most user friendly and even more secure. All crucial and confidential actions (signing, etc) are done in Trezor and browser. Your Masternode private key NEVER leaves Your computer and it’s NEVER being transmited. I hope that I achieved goal of easienest 🙂

The site at this point is quite well tested (thx Splawik21 for testing and moral support!) and it’s ready to use. It’s even accepted by SatoshiLabs (creators of Trezor)! I hope that anyone will like it!

Not running any masternodes I can’t personally comment on the differences between the two projects.  They do seem to overlap some which I guess is fine.  Trusted members of the Dash community have been involved with both projects.

DashCentral is the main site for “proposal management” where most people enter their proposal and where (I think) most masternode owners vote.

Dash Vote Tracker this is the best site for an “overview” of active or past proposals votes.  It has links to the content on Dash Central.

Dash Ninja is the site with the most “nerdy” information it is the place to go to see the actual payments associated proposals and some other masternode tools.

Dash Treasury is a newer site that allows for entry of pre-proposals and proposals.