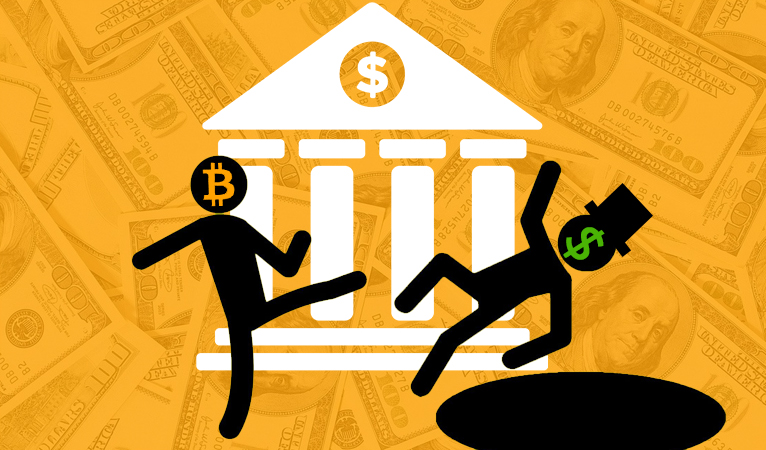 A recent video surfaced of Bitcoin Core/Blockstream developer Luke Dashjr answering an interview question of why he was interested in Bitcoin to begin with. Spoiler alert: he doesn’t really have an answer. This video has caused quite a stir in the Bitcoin community, with one side chastising his inability to answer the question while the other side wonders why it matters. I don’t care much for “gotcha” politics and journalism, or Bitcoin’s civil war, but I will say this: that question should be absolutely easy to answer, and the inability to do so is worrying. I know exactly what turned me on to Bitcoin. Let me tell you.

At its root, Bitcoin was freedom

The root prospect for Bitcoin, why anyone would give it a shot and pour endless hours of their life and energy promoting its use, was its enabling of true financial freedom, and the other freedoms that then can follow. Under the prevailing financial system, a government-controlled entity issues all the allowable currency. Banks and other centralized entities have control over how these funds are used. The bottom line is that everything you do with your money is tracked by someone, and can simply be given the order to block your finances or straight up steal them. The idea behind a distributed peer-to-peer electronic cash system was that people would control their own money again. No one could shut down your accounts if they didn’t like you. With Bitcoin, you could have financial sovereignty. And with financial sovereignty comes freedom in every other area of life. You can say controversial things, innovate, organize, whatever you wish, as long as you aren’t afraid of your livelihood being stolen from you.

Beyond the simple, yet infinitely powerful, invention of a financial system that can’t be compromised in one fell swoop, distributed ledger technology opened up Pandora’s box of possibilities for a better future. Most importantly, though, all these innovative things didn’t do something merely in a vacuum. They helped people. They solved problems that people ran into during their day-to-day lives. Sending money anywhere in the world extremely cheaply, micropayments, facilitating a tipping-only livelihood, etc. The introduction of a new variable, high fees for example, threatens all the rest. A small change on paper can be lethal in the real world. Decisions such as block size and scaling should always be made, first and foremost, with a mind to the end user, and how their life is likely to change as a result.

Profit was never, ever the goal

The world of Bitcoin has become rife with “hodlers,” people who acquire the coin and hold long-term in hopes of seeing it go up in value. There is nothing fundamentally wrong with this, and all true believers in cryptocurrency’s potential should be long-term investors. The difference is, the only benefit from Bitcoin among some newer investors is that it goes up in value. It’s pure profit. Not making a world that’s inherently better off, not buying your lambos with Bitcoin, but selling your Bitcoin to buy a lambo with fiat. To my mind, that’s messed up. Bitcoin going up is supposed to be a pleasant side-effect of taking great risks to push an experimental technology that we believe in, not the primary goal.

Here’s where we come back to developers who don’t understand the “why” of the tech they’re working on: if you don’t know the destination, you surely will never reach it. Developing Bitcoin in a vacuum, without a compass, is a surefire recipe for an innovation that lost its original purpose. These deep philosophical questions are absolutely critical to the technology itself, and those who fail the “purpose test” are not to be trusted.

It’s not about Dash, it’s the mission

Since the early days, I moved from pushing hard for Bitcoin to promoting Dash. No one paid me to change my mind. I didn’t get it into my mind that Dash was some all-powerful savior of the crypto (or otherwise) world, and decided to follow it with a cult-like passion. I simply followed the mission: peer-to-peer digital cash that everyone will use and no one will be able to stop. Dash is the single biggest, best, and most dedicated player in the space rushing towards this goal. I don’t follow Dash: Dash follows my vision, a vision I thought all Bitcoiners shared. The vision must win out, no matter the label, branding, or even code that moves it forward.