“Can I pay for my part of the pizza in Bitcoin?”

I agreed, downloaded a Blockchain.info wallet, and received my first $10 worth of Bitcoin. It was September of 2013, and I had no idea I would end up working full-time in cryptocurrency, receiving it exclusively for payment, and using it to live on.

To understand my journey, you’d have to know my motivation. I care deeply about human freedom. That classifies me closest to a libertarian, though for me it goes far beyond a simple political philosophy: I want everyone on this planet to be as free, happy, healthy, safe, and prosperous as possible, and I’m willing to work and make sacrifices to advance that goal. Since, sadly, those who think this way are so few and far between, I sought a place where I could join others like me so we could maximize our efforts. That led me to discover the Free State Project, an initiative to move 20,000 freedom-loving people to a state of 1.3 million in the world’s largest intentional community to date, in order to focus on making a difference for the liberty of humankind. Of course there were many “real life” problems that kept me from making the move, but when you’re serious about your beliefs, sometimes the path forward becomes crystal clear. With almost no money and no job lined up, I packed all my earthly belongings into my two-door Honda Civic and drove the 50 hours from Phoenix, Arizona to Manchester, New Hampshire.

A big part of my philosophical roots was a belief that centrally-controlled money mandated by force, also known as fiat currency, was one of the largest enablers of evil in the world, from rising costs of living to the funding of wars all over the globe, to mass devaluation and currency collapse of the kind that happened in my native Mexico and worse. I was a gold and silver bug, because at that point it was hard to be anything else. I heard some people mentioning Bitcoin, but didn’t look into it and had no idea it was in the same “free money for a free people” category.

Then, on my drive through Chicago on my way to New Hampshire, I met with an acquaintance for lunch. He offered to pay for his half of the pizza with Bitcoin. I downloaded a wallet and accepted my first bit of cryptocurrency. I moved into an apartment above an anarchist social club, coincidentally becoming roommates with Amanda B. Johnson, at that point not yet into cryptocurrency and going by the name Amanda Billyrock. The social club downstairs accepted Bitcoin for payments, but since I only had about $10 worth I couldn’t do much. Until a couple months later when the price went past $1,000, and all of a sudden I had hundreds of dollars worth out of nowhere. From that moment on, I wanted to get as much of this stuff as I could. I did odd jobs, from graphic design to copywriting (yep, I did the copy for these flyers) to giving people rides for Bitcoin. I never used an exchange, and may never even have bought any. I got paid in exchange for services and paid for goods with it, like the peer-to-peer electronic cash it was meant to be.

In late 2015, I was gainfully employed, yet I really wanted to get more directly involved in digital currency, what I saw was the best way to truly make a difference in the world. So I quit my job, again without anything at all lined up, and got to work seeking out a way to get involved directly in cryptocurrency. Despite still being new to the industry and never having worked as a journalist before, I cold-emailed the editor of Cointelegraph and received a response within minutes. After a tough start trying to get a workable first piece, my very first cryptocurrency and journalism article was published a few days before Christmas.

In addition to my Cointelegraph writing, I taught martial arts on the side and organized activism, all strictly for Bitcoin. I paid any bill I could in Bitcoin, and sold some for cash when I needed to. Later in 2016 I closed my bank account to live entirely fiat-free. I was sold by the whole line of “be your own bank” and supplanting the current system, so I wanted to actually live it in practice to see if it was true.

When Bitcoin failed me

Then, towards the end of 2016, I ran into trouble. Bitcoin started to feel the effects of its hard one-megabyte block size limit, and transactions started to become slow and expensive. For casual crypto day traders this made little difference, as they were mostly trading on exchanges off-chain, and several-dollar fees didn’t matter when moving large sums. For someone like me using it as everyday money, however, it was rough. I remember walking around the shopping mall for 30 minutes waiting for a transaction to clear so I could receive my Gyft card, waiting hours for a confirmation to be able to load my Wirex card to pay for food (it didn’t confirm in time, I had to skip lunch that day). One time I waited so long for a confirmation that my phone died, removing all access to my funds.

The final straw was when I tried to send two Bitcoin transactions with several-dollar fees each, and they were stuck without confirmations for over two weeks. After one failed, I attempted to send it somewhere else with a much higher fee, only to have the original transaction automatically rebroadcast, resulting in a double spend. This was supposed to be an edge case, something that didn’t realistically happen in the real world, yet here I had accidentally double-spent, with all of my Bitcoin stuck in unconfirmed limbo, unable to get it out. That’s what completely killed any desire to use Bitcoin anymore.

Just as with the rest, what happened next was simply a case of logical conclusions. I moved to New Hampshire because it made the most sense for someone looking to advance a free society. I closed my bank account and went all Bitcoin because that was the best way to be free of central banking and test if peer-to-peer digital currency worked. When Bitcoin failed me, I could either give up on my experiment, or push forward. I chose to push forward. The only coin that even remotely made sense as the next digital cash was Dash. In May of 2016, after being introduced to the Dash community by Tao of Satoshi via Twitter, I wrote a pair of articles after interviewing legendary developer Moocowmoo, and caught up with the work of my old roommate Amanda (who both went deep with Dash for her former generic crypto show The Daily Decrypt, and later Dash Detailed and the now-quintessential Dash School). That sealed the deal for me. I started using it, converting whatever Bitcoin I still made to it, negotiating random jobs for it, etc., way back in late 2016. In December of that year, Mastermined rebooted the old failed Dash Force proposal, offering tips in Dash for various community activities. I helped out to participate in this grand experiment, which snowballed into obsession. Before I knew it, Dash was the majority of my income. I later got hired by Dash Force and then became a partner, and I kissed Bitcoin goodbye for good, switching gears to go Dash-only.

Now, how is there even an argument anymore?

When I went all Dash, it was crazy and a bit of a risk, but now it’s the only thing that makes sense by far. Bitcoin keeps going up in value but keeps going down in utility as far as everyday coffee-buying is concerned, and Litecoin seems more concerned in being a testing grounds for Bitcoin and speculation than being used as regular money. Bitcoin Cash is trying, but it’s still very embroiled in Bitcoin drama wars, and is so far behind Dash in terms of community, funding, and adoption. Over 500 businesses worldwide take Dash, including BitCart, which I use extensively. There are local businesses, online retailers, debit cards, all manner of services, not to mention a crazy $4 million monthly treasury to pay for just about anything.

The cryptoverse is a big place. There’s so many projects out there trying to make a difference through their own special way. As far as digital cash, the people’s money, the way we can stop using central banking and gain individual financial freedom, Dash is king. Trust me: if it weren’t, I’d be living off of something else by now. 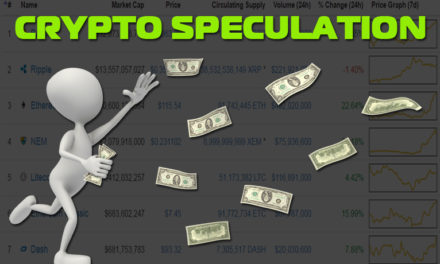