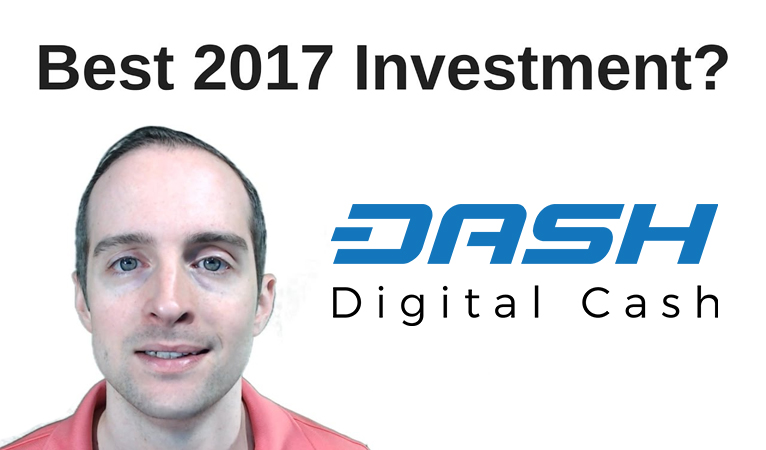 This is a story about someone that I think has a less than stellar reputation in the Dash community (no not CS ).  As someone that was pretty new during the ending of the relationship I can only look at the “aftermath.”  I think the issues mostly boil down to personality and temperament.  I may be treading in deep water here but not everyone fits into a specific community.  Dash doesn’t seem to be filled with “high strung, drama loving” folks and Jerry Banfield comes off as very high energy and admits to trying to add “drama” to his videos.

Jerry submitted seven different proposals for creating and advertising videos.  He was funded for 2 and while I don’t have the detailed results it looks like he got viewership levels that where at least as good as other similar proposals.  According to his reporting he spent most of what he received (or more) on Facebook and YouTube advertising.

Here is another marketing mystery. Does the audience attracted to different presenters have different value?  Is it possible that one person attracts short term speculators and another attracts longer term investors that see a valuable community?  If they each generate 100 new wallet downloads what are the long term results for Dash?  I know that my “confirmation bias” says the latter is much more valuable but that is based on my intuition not on facts.

Would you VOTE YES on this proposal help me use youtube.com/jerrybanfield and facebook.com/jbanfield and skillshare.com/r/jerrybanfield to SHARE MY EXCITEMENT ABOUT DASH with the millions of people watching my videos?  My vision is that YOUR YES VOTE will lead to the price of Dash increasing on average 1% DAILY as a result of newly funded Dash wallets and masternodes launched by my followers!  When you vote yes, I agree to mention Dash in 50+ videos new videos by February 2017, launch an exclusive live stream about Dash, add annotations to all my existing popular videos, and continue working on my Dash video course!

Even thinking you can provide a 1% per day price increase is kind of way out there. But on the value side he includes a link to a video that explains how he gets big advertising returns on Facebook.  The few minutes I could watch seems to offer good ideas.

Would you help me share Dash with 200,000+ YouTube viewers watching my hacking tutorials every month?  Educating hackers about how to use Dash is the perfect opportunity to bring an audience interested in anonymity into our community!  My 11 hacking videos at http://jerry.tips/2ikJATj have received 2.6+ million views in the last year with the average viewer watching 6+ minutes which gives me space to tell them about Dash!

Video tutorials are the most powerful way I know of online to get people to learn WHY to use Dash and immediately follow that up with HOW to get started.  You are here with me today because I have two friends that sold me on WHY Dash is awesome.  When I was ready to learn HOW to get started, I looked for video tutorials to help me get started with the basics of setting up a wallet and hosting a masternode.

When you fund this, I will spend 34 Dash on Facebook ads featuring the 10 video tutorials funded in my last proposal all of which I made into one complete 2 hour Dash masternode investment tutorial video at https://www.facebook.com/jbanfield/videos/1349575128395993/ which I just published as an updated version with a new encryption tutorial based on the comments below!

What results can we expect?  I have spent about $1,000 advertising the first pinned post on my page at https://www.facebook.com/jbanfield which has reached 786,417 people an average of two times each with 151,000+ people watching the video, 500+ shares, 250+ comments, and an average cost of $0.06 per website visitor.  How much would we all benefit from this level of interest and sharing about Dash?

For March, I have a lot of exciting new video ideas that I hope will be complimentary with Amanda B. Johnson’s Dash Detailed show and capitalize on the recent publicity from the Dash price increase by making taking an action such as buying Dash or launching a masternode seem easy and worthwhile.  One idea I have is for a 1 to 2 hour “top 10 Bitcoin myths” video which will show limitations of Bitcoin and then provide a tutorial of accomplishing the same task with Dash.  For example, one video would show how Bitcoin is not anonymous and then show how to use PrivateSend for true anonymity in Dash.  Another would show Bitcoin blockchain delays in payments and show how Dash can send instantly.  My vision for these new videos is to help convert more people researching Bitcoin into Dash users and to inspire viewers with no crypto experience to start off with buying a little bit of Dash.

In this post added to the Dash forum on March 23rd he provides his First Dash Investor Report on Two Funded Budget Proposals!  It includes some good statistics along with this video: 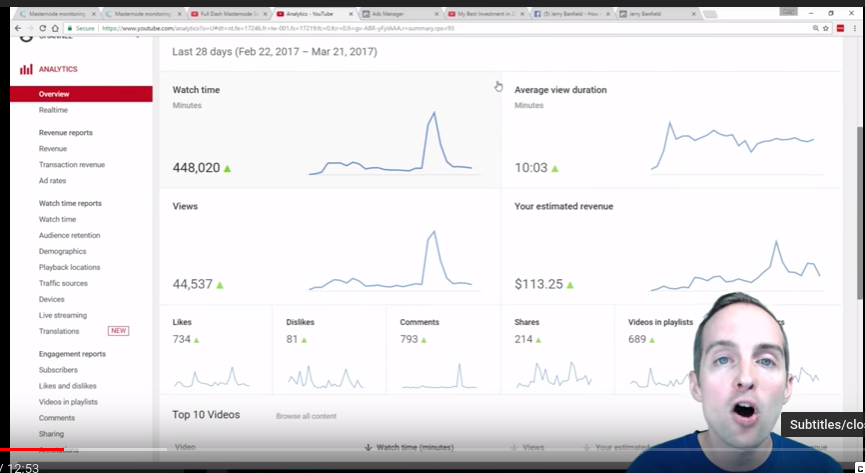 Will you fund this proposal essentially to hire me full time to be of service to:
Create new Dash videos at https://www.youtube.com/jerrybanfield and at https://www.facebook.com/jbanfield
Spend 110 Dash a month equal to 51.6% of this proposal funding on advertising split evenly between Facebook and YouTube.  Every $1 spent on Facebook ads from the last proposal has reached around 500 people.  Each $1 spent on YouTube advertising with Google AdWords for video has averaged about $0.01 per view leading to 11 minutes watched or about 20 hours watched per $1 spent.  This is the only proposal I know of with a clear plan supported by data to advertise Dash on a large scale using the two most powerful advertising platforms in the world.  If you are not able to get these results with ads online yourself, watch my tutorials showing how at at https://www.youtube.com/watch?v=VqCCAIeW4KY and https://www.youtube.com/watch?v=bbUnSXNGl08.
Actively participate in Dash forums, slack, and collaboration with others to help me make the best qualify videos.

Shortly after the last proposal failed to pass on March 26th this was streamed live:  DASH MASTERNODE OWNERS VOTE TO BURN THE CRYPTO MONEY INSTEAD OF HIRING ME TO MAKE MORE VIDEOS!  https://youtu.be/cgp9BttgAY0. It is basically a 48 minute rant on why he should get funded.

On May 10th he came back with another pre-proposal Dash Marketplace Live Preproposal Video which was never submitted.

Jerry is not Amanda.  Jerry currently has over 200K YouTube subscribers much more than the 17K the Dash channel has. But what are the psychographic profiles of each group?  Yes I have lead you to the Harvard Business Review Psychographics Are Just as Important for Marketers as Demographics to help make my point that all viewers/leads are not the same.