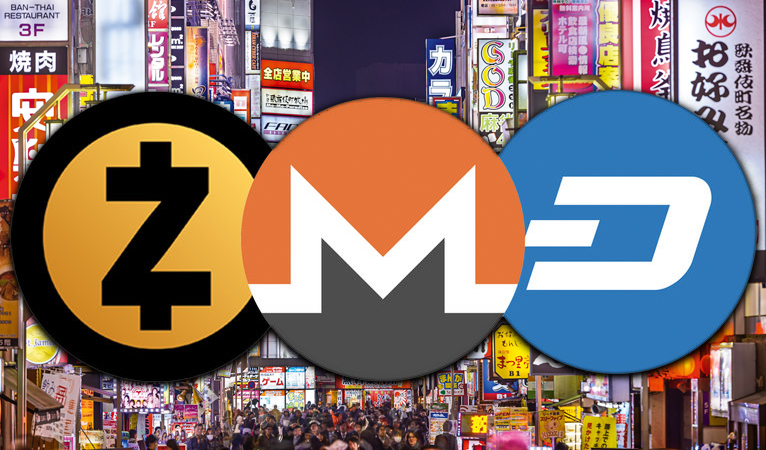 An April 10th meeting of “experts on virtual currency” on behalf of the FSA said that Monero and Dash were mentioned as “highly problematic virtual currencies” saying that they “could be used for money laundering” and wondered if “any registered cryptocurrency exchange should be allowed to use such currencies”.

The irrational concern of criminality

The Japanese FSA crackdown comes about a month after Europol initiated similar concerns about Monero, Zcash, and Dash. However, a recent study contradicts these claims, which says that the cryptocurrency of choice among the dark web is still Bitcoin. Another report even says that illicit activities only comprise 1% of all Bitcoin transactions.

Dash Force News reached out to とみ三 (Tomi San / Samurai33) of DashJapan.com for further insights. He said that “[m]any Japanese investors thought privacy coin price[s] would go down in the bashing news.” However, “even after Coincheck reported that it would stop handling privacy coins, the price did not go down as compared to other coins.” He posited that part of the reason was that there are not many individuals using privacy-related coins in Japan.

In a forum post, Samurai33 discussed the “Whitelist” where the FSA lists recognized coins; Dash is not on the list. He specified the “Whitelist” does not ban cryptocurrencies not listed and that individuals in Japan “can still trade in Dash using foreign exchanges”, and it is “perfectly legal for merchants to accept Dash in transactions”. However, since it is hard to exchange from non-“Whitelist” coins into Japanese Yen it will be hard for merchants to accept Dash. The other difficult scenario is even though “the FSA has said that the ‘Whitelist’ is not an endorsement from the government, many investors will [still] view it that way.” The misinformation around cryptocurrencies has not only lead to false information in general, but also a false classification of Dash.

In another forum post, Samurai33 references an interview with Ryan Taylor, CEO of Dash Core, where he mentions that PrivateSend is “less than 1% of Dash transactions” since it is an optional feature.  Samurai33 also discussed how Dash’s PrivateSend is not the same as the more privacy-focused Monero and Zcash, which obfuscate their blockchain and transactions in a much different way and much larger magnitude, which thus makes Dash’s grouping with them unwarranted.

The vast majority of Dash’s transactions are on a public blockchain that anyone can view. PrivateSend exists for those that would like a little extra privacy, but are not necessarily acting illegally. Dash is instead focusing on a larger market of everyday usability as demonstrated by its rapid adoption and growth in many countries around the world that suffer from inflation, banking crises, or just unsound money. Dash is bringing help to some of those most in need and blaming Dash for enabling criminals that existed before cryptocurrencies will only slow down Dash’s contributions to individuals and communities around the world. However, as Samurai33 mentioned, Dash is still legally usable for transactions in Japan and Dash has been exquisite at merchant and consumer adoption around the world thus far, which is making fiat conversion more antiquated each day.

*Note: Some translations were conducted via Google Page Translate