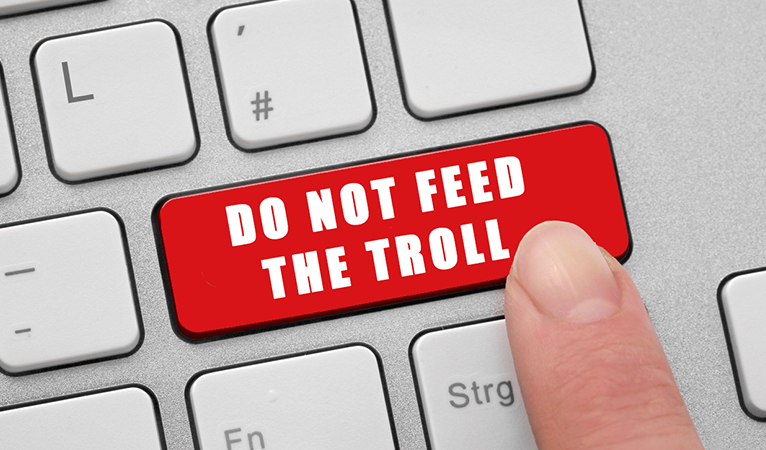 The cryptoverse is rife with hostility and trolling. One of the main arguments I’ve heard against countering trolls is that doing so just sinks to their level. While this is not necessarily true, it does touch on a very important point: don’t trolling back. There’s a significant difference between responding in order to counter trolls and engaging in trolling yourself. Here’s why the latter is a really bad idea.

Trolls don’t troll because they have the intellectual upper hand

Remember the root cause of trolling: to win a fight that can’t be won on merit alone. Maybe the troll coin or project is inferior, or even equal, but not quite strong enough to easily win a contest or comparison. Where legitimate competition is not enough to secure victory in a timely manner, that’s where trolling enters. Rather than winning an intellectual fight, trolling seeks to change the very nature of said fight, taking a stand-up match to the ground for some wrestling in the mud. That’s a fight that those more experienced in trolling can win.

The idea is to provoke a response that lessens your credibility

Remember that the trolling itself isn’t conducted in a vacuum. It’s merely set up to guide your response. A troll will say things deliberately to provoke your reaction into being more emotional, irrational, and hopefully hostile than it would otherwise be. Even worse, it will likely not have that air of purposeful glee maintained by your opponent, meaning that now not only are you just a troll like them, you appear provoked and possibly guilty (“u mad bro?”).

Your counter-trolling will provoke its own tribal defense

When you counter a troll, their hope is that you will say something mean back about whatever project or coin they back. This is because you will invariably offend someone who wasn’t initially involved in the confrontation. Now you’ve offended a whole group of fans. The trolls aren’t alone anymore, they created backup by tricking you into picking a fight with people who weren’t even trying to fight you.

When valid concerns are “just infighting,” manipulating the narrative can be easy

Now that you’ve been dragged into an outright troll war, you’ve lost all credibility and intellectual advantage in the situation. This means that you can be beaten in a conflict with offensive characters who are likely far better at this, and far more numerous, than you. Reasonable figures will now discount you and your arguments as “just more trolling,” and either exit the debate entirely or attempt to pick a reasonable side, or perhaps a 50/50 compromise. In the first case you will likely be overwhelmed by the sheer number of opposing trolls, and outside observers will likely side with them just because they have a greater appearance of popular consensus. In the second, whichever side has a measured and reasonable advocate swoop in first will likely hold the intellectual advantage (you’ve lost your opportunity to be that person). In the third, if your position was reasonable at first, it has now become radical, and a compromise between your point of view and that of the trolls will give them a strong advantage. Lose, lose, lose.

A firm, but restrained “tribe-neutral” response is best

Instead, don’t fall for the trolling. Push back, but in a way where you can’t be portrayed as a boogeyman. Counter the arguments, but soften your response with subjective language (“I could be wrong, but” “From what I’ve seen,” “I would tend to believe that” etc.). Even better, throw in an olive branch to the troll’s side, neutralizing the tribal blowback effect (“I actually think X is a great project”). Now you stand as the pillar of reason opposite the heathens, and they can’t realistically paint you as a shill or hater. They can only disagree with your arguments. Which is fine, because if you’re doing your job right, you should have the sharpest reason around. Keep the fight on your feet, win handily.