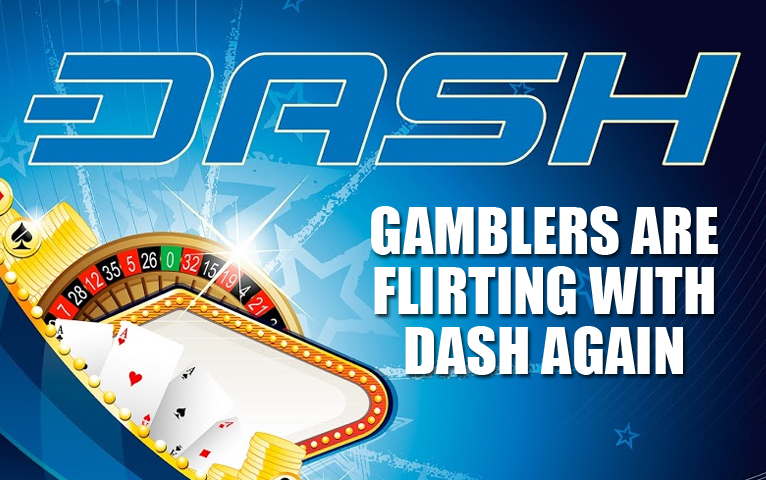 The last time the DASH market was turned into a full-fledged casino was only three months ago. Remember? There was a meteoric rise from ~$25 to $100+ in a matter of days. The shock! The awe! Aaannnd the sorrow – the tears shed – by those who couldn’t believe it when DASH sunk back down to ~$60 in the following weeks.

As of a few hours ago, DASH hit $143 per coin. (Why, yes, that is substantially more than what you fear-sold for a few months ago). That’s a ~30% price increase in only 24 hours. What’s going on? No one ever knows these things, but that doesn’t stop us from guessing.

My theory? The gamblers who’ve brought NEM (what?), Stellar Lumens (what?), and Bytecoin (what?!) into the Top 10 are now sloshing some of their recent winnings into DASH. They’ve bellied up to the table, and we’re being played.

This is fine. Hell, it’s even great. But if you don’t see it for what it is – drunken crypto-gamblers stumbling around the casino, fists full-o-bits – you’re setting yourself up to be disappointed when the correction comes (“correction” being a favored euphemism for “big price drop”).

DASH has been going up – no one knows when it will stop. But make no mistake: at some point, it will go back down. The question for traders, of course, is always the same – when?

But you don’t have to be a trader. You don’t have to try to guess and time the markets. There is an alternate strategy – one being engaged in by hundreds (or thousands?) of members of the DASH network at this very moment. They’re called masternodes, and they’re holding at least 1000 DASH each. At all times. Not flipping, not trading, not gambling. Just sitting and holding – and many non-masternode owners do the same thing!

How boring, right? Don’t these holders wish they’d gotten in on some sweet NEMStellarLumensBytecoin gaga? Let us examine the simple increase in purchasing power of DASH over time, to see just how boring holding DASH has really been:

Masternode OR non-masternode owner, HOLDING SINCE:

Perhaps holding is not so boring after all.