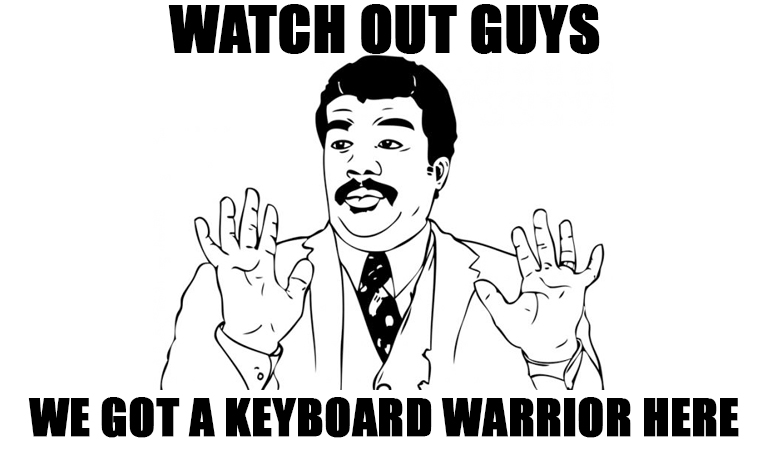 Over the past many months I’ve spent countless hours on every online forum imaginable, fighting online trolls seeking to malign Dash. Let me tell you, it has rarely been fun, and has sometimes been downright exhausting and disheartening. There’s no way around it: fighting trolls is unpleasant and difficult work. But I wouldn’t have it any other way. The very nature of that struggle is why the defender will always win against the troll in the end.

Trolling is the easy way out

The very decision to employ a trolling strategy is an indicator of poor long-term viability. Why? Because it represents the easy path. Building a cryptocurrency from the ground up, creating its community member by member, is long and hard work. The choice to use trolling to malign the competition instead of beating them fair and square represents a decision to “cheat.” That mindset won’t be a winning one when the going gets rough, as it invariably will.

Paid trolling only lasts so long

While difficult to outright prove in most cases, sometimes trolls are paid for their dirty work. Making it a job can do wonders to extend the lifespan of trolling energy, but it only works to a point. Whoever is paying for the trolling will want a return on their investment at some point, and with that comes accountability. Responsibility for how you characterize the project on whose behalf you’re trolling is contrary to the troll’s ethos of childish chaos. Eventually, the troll will either cease to be paid or become a PR agent and a troll no more.

Short-term, defense is hard. You have to actually know your subject material, stand for something, and field constant tests of your knowledge or your favorite project’s weak spots. Long-term, it’s easy. You only have to master knowledge of one key subject, occasionally expanding to cover a new attack vector. The path of constant attack means that you will always have to worry about a new enemy to take down, an enemy that can focus on becoming an expert only in itself, while you have to find angles to assault several, if not dozens, of competing projects. It gets exhausting after a while.

Poor impulse control and people skills end up being a liability

The best trolls are those who were born to troll. This, unfortunately for them, makes them burn out easier. Cooperation and consistency are keys to long-term success, and the way of the troll favors neither attribute. Their very nature highly increases the probability of saying something that alienates the wrong person, or going too far on the attack and saying something particularly stupid. Given enough time, the troll’s appetite for wanton carnage will make him shoot himself in the foot.

Conducting a protracted, focused anti-troll messaging campaign takes a lot of work. It takes evaluation and reevaluation, long hours, low rewards, and a lot of patience. To be honest, it kind of sucks. But that’s the best part: if you can deal with it, you have an inherent advantage over the trolls. Creators can pour countless hours and unending passion into a project they love, while destroyers will run out of steam sooner or later. By the very nature of each personality type, one is hardwired for extinction and the other is not.

Don’t worry about trolls too much. The longer you hang on, the slimmer the chances become of them winning. Outlast the ticking time bomb of failure that is a troll campaign, and you’ll have your reward.