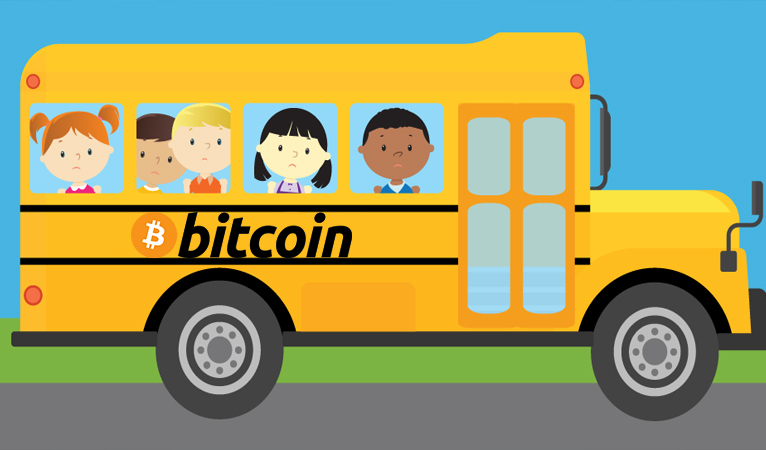 For Bitcoiners waiting at the bus stop for the Bitcoin bus to arrive, you’re going to be disappointed. I hope you brought a coat and umbrella with you as I’ve got bad news: you’re going to be walking home again today, frustrated it isn’t going to arrive in time. You sat there and watched buses pass all day while you waited, but they’re already full up to maximum capacity, and already have destinations to reach.

Not only are Bitcoin buses unreliable and outdated, they’re always late and have the most ludicrous expensive fees, much more than other methods of transport it was originally meant to replace. The Bitcoin bus network was meant to be public transport and a borderless solution for everyone to enjoy. Its mission was to replace transport that did work, but people were unhappy of how it was funded and worked, and therefore wanted a more people-friendly solution. Sadly, this vision, although well-intentioned, has failed its objective and primary mission. The Bitcoin bus is always broken down, and to top it off the bus drivers have no clear roadmap or timetable, and can’t make up their minds in which direction to go. The few people in control at the top are super argumentative with each other, and even censor and ignore the customers that want to ride the bus. Apparently, the bus drivers know what’s best, and don’t care what the passengers think of their service.

Chaos at the central bus station

At Bitcoin Bus HQ, the Bitcoin Bus network is so disorganised that the drivers argue with each other and can’t reach consensus on which driver is doing which route. Sounds crazy, I know, but the thing that I can’t understand is that they fully acknowledge they are slow and service is bad, but believe having expensive fees is their best-selling point, and actually benefits its customers. Some loyal long-term commuters that had prepaid travel passes spoke out requesting change, but they sadly got duped in to believing this thing called Segwit would stop the bus from being late and be less expensive. After much infighting and arguing, it took years before the they could integrate a Segwit solution, but the passengers wanted change and believed their promises. However, once Segwit was finally activated, nothing did change. The buses were still late and as expensive as before. This information isn’t anything new for Bitcoin bus pass holders. Sadly, it’s been this way for years now, so it shouldn’t really come as a surprise to anyone. Bitcoin passengers are now used to disappointment and broken promises. Even though its customers aren’t happy with the service, they bury their heads in the sand and don’t switch providers, because the Bitcoin bus network has the most bus stops and they’re too scared to give up bus pass they paid for.

Some of the customers that have already bought bus passes don’t want to lose their hard-earned money, even though they know the Bitcoin Bus service is really bad in comparison to newer bus companies available. They don’t want people to buy passes for those bus services, as it would mean their Bitcoin bus pass is no longer valuable. Some people don’t like change, but you need to embrace change if the alternative is disaster.

The good news is the other bus services available are much cheaper, faster, and have more space for passengers. You can also trade in your Bitcoin bus pass and exchange it for a more efficient service with extra mileage on top.

There’s a new and improved bus waiting for you

Don’t sit in the cold waiting for a bus. The Dash Express and other crypto buses have already departed. Why not climb aboard and join the cool kids at the back of the bus. I’ve saved a seat just for you. Don’t conform, rebel, and let’s get the service we all want. The customer is always right. Don’t worry or be nervous, I used to ride the Bitcoin bus for years as well, but I’m so happy I made the switch to Dash. There is no harm in trying a test day trip journey on the Dash Express to see if you like it. Give it a go. I promise you the user experience is more intuitive, the speed plus low fees will make you smile again, and how the service is structured and organised will make Bitcoin seem as outdated and obsolete as the fax machine. Bitcoin was the “old way”, Dash is the “new way”.

You can download a Dash Desktop wallet here or if you prefer a mobile application, here are the official Dash wallet apps for Android and Apple IOS.

If you’re new to Dash or Blockchain Technology and want to know – What is a Blockchain? How does it work? How can Blockchain be a monetary system? How is Dash’s Blockchain funded & governed? How does Dash offer instant & private payments? How Can Digital Cash Become Accessible to All? I recommend you watch the easy user-friendly short video series Dash School by Amanda B. Johnson to learn more and bring you up to speed.

The bottom line is, if you need to use a bus service everyday, I’m afraid Bitcoin is not the best option as it’s simply not suited to be used on a daily basis due to fees, speed, and how it’s governed. There are better bus services available that are actually fit for the purpose and fulfill customers’ needs.

Happy travels and remember it’s all about the journey!