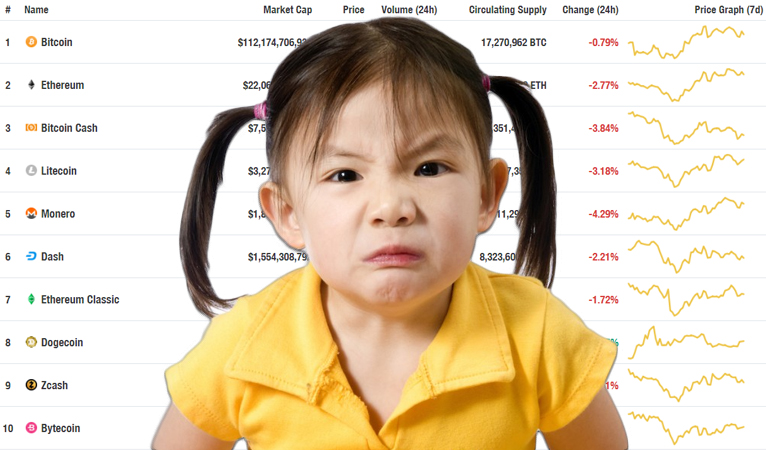 No, this isn’t a simple clickbait title to lure newly outraged readers into consuming a dry and not overly insightful opinion piece. Yes, it is, however, more nuanced than simply “Your fans don’t know what they’re talking about and should be disregarded.”

I drew inspiration from MMA fighter and analyst Chael Sonnen, who himself was sponsored by Dash in the past. In one of his many impromptu rants, Sonnen goes off on the concept of trying to please MMA fans by giving them exactly what they ask for:

While focused on the MMA, sports, and entertainment industry, Sonnen’s perspective fits very well into the cryptocurrency field, which features the same dynamic as any other business: customers making demands of entrepreneurs, who must satisfy the former’s needs or else fade into obscurity. Crypto could use a good hard dose of business sense right about now.

Most fans are not qualified industry experts

When listening to the collective torrent of feedback from fans and customers, it’s important to remember two things: with a few exceptions, they don’t understand the business, and they don’t understand their own behavior. Fans know that they like something. They may even know what specific part of something they like. What they may not fully grasp, however, is what specific combination of factors had that effect on them. For example, a wallet app may have a great user experience, but the user may not know that this is because it has a streamlined and limited set of options, balanced graphic design to draw the eye to specific buttons and features, and user flow which flows easily with natural human movements and tendencies. Similarly, the user would have no idea which color scheme, feature set, button ordering and ratios work best to provide that experience. Trying to give fans what they want can be ill-advised when they themselves don’t know what they want, and have no idea how to get it out of a product.

Giving fans what they ask for vs. what will make them happy is democracy vs. free market

Listening to customer feedback is crucial. This is different from giving them exactly what they say they want. The wrong approach is to purely listen to customer suggestions and directly implement them. The correct approach is to listen to feedback, decipher what that means as far as what could actually make the fans happy, and figure out how to implement something that has that effect. The biggest difference between these approaches isn’t in the strict commitment to giving the user what will make them happy. The difference is between whose idea on what will make the customer happy is implemented: the business owner’s or the customer’s.

One of these approaches represents democracy, and the other represents the free market. In a democratic system, the users collectively decide what gets implemented to make them happy, and the experts are tasked with implementing as the users have dictated. In a free market, many independent experts compete to develop the best way of making the users happy, and the users select which results make them the happiest. Experts are, as the name implies, experts in their particular field, while the users are experts in their own satisfaction. Under a democratic model you have amateurs, the users, making expert-level decisions in areas where they simply aren’t qualified. With a free market system you have industry experts making decisions they are uniquely qualified to make, and the users decide based on the one area in which they are uniquely qualified: their own satisfaction. Both groups leverage their relative strengths and come together to create the best product.

Many crypto projects suffer from too much fan-pleasing

Too often in the heavily fan-driven cryptospace projects get caught up in competing for fan approval too directly. The biggest example of this is probably Bitcoin itself. It became popular and trusted for being a decentralized and secure money and payments system that anyone in the world can participate in running. However, over time the fan-demanded features of any hobbyist being able to run a node with little effort and off-chain payments came to dominate, and as a result the core experience deteriorated. The same misguided approach can be seen far and wide in the space, with new projects promising more and more new hyped features to get fans excited and willing to buy in, all at the cost of providing an end product that’s actually useful, and used by the fans who misguidedly demanded feature overkill in the first place.

The Dash setup of contractors and masternodes works

One of the key strengths in Dash’s governance model is its free market approach to the projects it funds. Contractors, including the Core team, compete to refine their specific expertise to provide the best results possible, and the masternode network votes based on which project made them satisfied in its results. Like entrepreneurs, contractors seek to make their customers happy, and are solely responsible for arriving at this result, while the masternodes, like customers, can give feedback on whether or not they are satisfied, but ultimately do not micromanage every decision of every project.

Don’t give the fans what they think they want. Give them what they didn’t know they wanted. When you see a project over-focusing on user-demanded features rather than user-appreciated results, stay far away.