Despite Setbacks, Dash Morocco Team Pushes on With Dash Education in Arabic 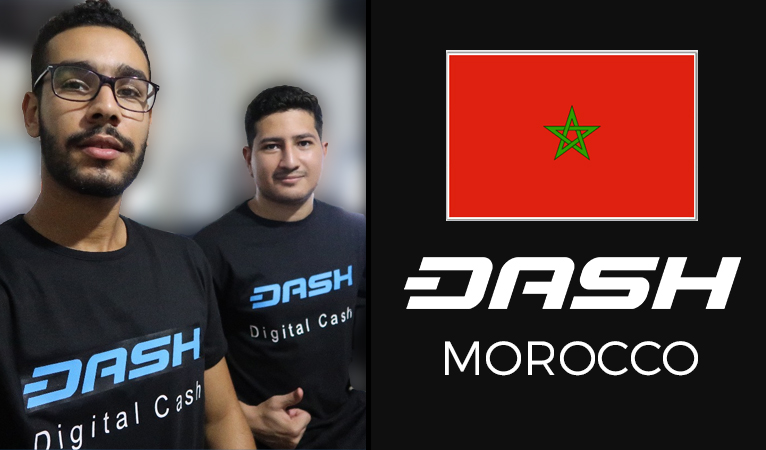 Dash has funded a promotional team in Morocco to educate the Arabic-speaking world, which will continue on despite an early setback.

The Dash Morocco team, run by members Ilyass and Osama, was created with treasury funding to spread awareness and adoption of Dash in the Arabic world, starting with Morocco. This is to be achieved through hosting meetups and swag giveaways, as well as creating an Arabic-language video series similar to Dash School created by Amanda B. Johnson. According to Ilyass, Arabic countries have a high interest in cryptocurrencies, though most remain only aware of Bitcoin:

“In Morocco, a lot of people use Bitcoin and they don’t know about the other cryptocurrency. We want to share Dash because it’s the best in low transaction fees. In addition, Arab countries grade well in terms of trading cryptocurrency.”

As an example of interest from the Arabic world in cryptocurrency, on the Poloniex exchange, in terms of web traffic Egypt ranked 22nd, Morocco ranked 26th, and Algeria ranked 31st. On Coinexchange Egypt ranked 20th, Morocco ranked 21st, Algeria ranked 22nd. This illustrates a good opportunity for Dash to capitalize on existing interest in cryptocurrencies.

Part of the original team left, leaving the two remaining members to finish the mission

While the proposal passed with a wide margin and has a dedicated team, it did suffer an initial setback. Originally a three-man team, one member, Salim es-Sofi, who submitted the proposal and received the funds, reportedly has gone missing, along with the majority of the funds, according to Ilyass:

“Salim, the owner of the proposal, he is the one who took the 39 DASH, and he only gave us 13 Dash. We didn’t hear anything from him.”

In order to submit the proposal, the Dash Morocco team received a loan for the proposal fee from community member Nate “DJ Crypto,” who was paid back by the remaining members of the team, and corroborated their claims: 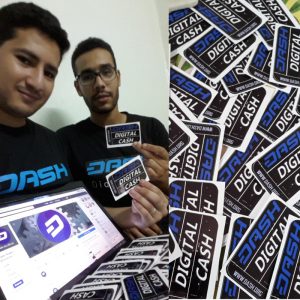 “I’m a bit surprised someone would ruin friendships and any further chance at doing work for the Treasury for 26 Dash, but he must have been in a debt he had to pay.”

Despite the shakeup of the original team and funding, the two remaining members are determined to finish their goals as outlined in their proposal. As of now they are reportedly set to start having contests next week, and are underway with the recording of the educational videos, according to Ilyass:

“We started working on the project (Dash School in Arabic). Also, today we received the stickers. Next week we will have the first contest.

We started recording videos and now we finished two videos. They will be published this weekend and we will share the link of Facebook page and our YouTube channel. T-shirt design and stickers are also done, and this week is just for videos and contests.

All we need is the Dash community’s support. Dash Arabic school will be the best because our goal is to share Dash in Morocco and other Arab countries.”

The issues related to the startup of the Dash Morocco team illustrate gaps in Dash’s simple governance system. At present, the system allows masternodes to vote on budget proposals with a simple Yes/No/Abstain option, after which point a passing proposal will pay out to the included address. This basic system of a simple vote followed by a payout offers flexibility for a wide variety of projects, but also lacks accountability and follow-up built in. The next challenge for the Dash community to address is how to build out the ecosystem around this governance model to more easily address challenges presented by the “wild west of crypto” situation at present, while still offering the system flexibility to remain creative and dynamic. 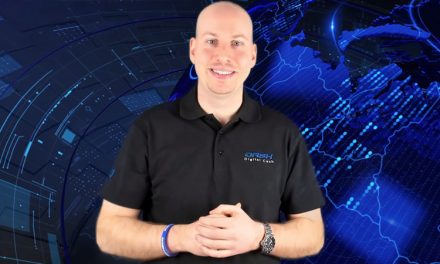