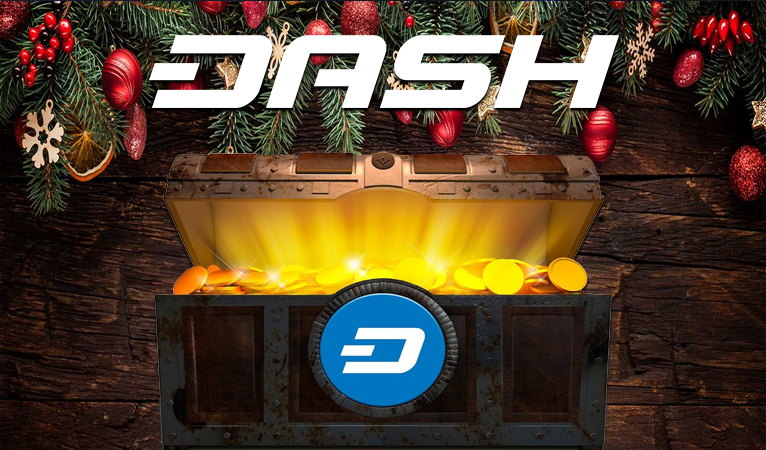 There were a number of very large projects approved this month.  Some were funded in a single month others over several months.  While not “fair” I valued the total Dash payments at the current value of Dash just to rank them.  The Kuva project and a few other projects are impacted by this (they received earlier payments at lower exchange rates) but most of the listed projects are not as they have no previous payments. 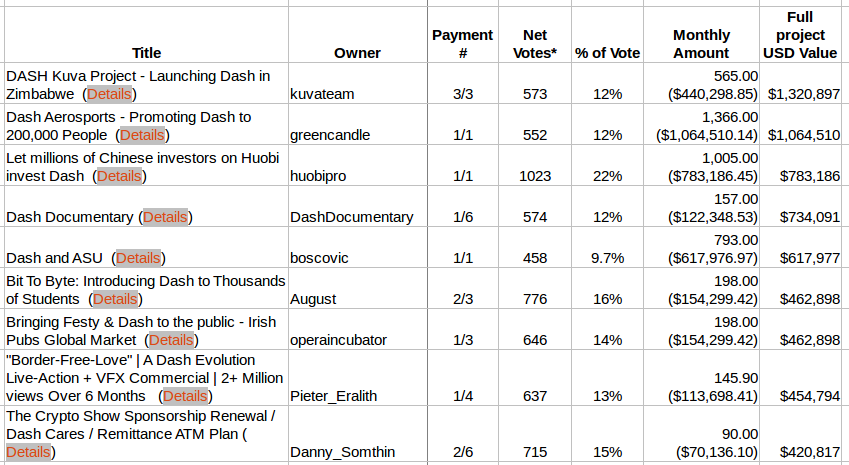 The Kuva team has just gotten their last month of funding (the first 2 were at much lower USD rates).  They have been very good at providing communication on their project with several video conferences to answer questions and provide current status reports.  Further coverage is here.

This is the second major project by Dash Aerosports.  Note that they will be paid a fixed USD amount each month (minimum of 4 months) with Green Candle acting as escrow agent.

This project will provide 1000 Dash to be “air dropped” to clients of this large exchange that supports Dash.  The overwhelming support of the masternodes seems to imply this will directly have a positive impact on the price of Dash.

This project will fund the creation of a “professional” level documentary film about cryptocurrency featuring Dash.  The team put a lot of effort into the proposal with several supporting videos and articles.

This project will fund educational programs at Arizona State University.  The funding will be escrowed by the Dash core team and ASU will receive only the program costs of $350K.

This project will teach young students (and their teachers) about Dash.

This is the 3rd funded proposal by the team behind bitcart and festy. This funding will provide for development to build a viable version of Festy that can be used in the Irish Pub market as well as other uses.

This is the 3rd funded project by this team. It will create a YouTube video advert focused on overseas remittances and provide funding to run the ad for 2 million views in several languages.

Except for Dash Core the Crypto Show has been funded the longest of any other project.  This will provide 3 different things (which should be separate proposals in my opinion) sponsorship, a charity program and focus on cross country remittances using Dash.

These projects between an “estimated” total USD cost of $75K and $200K would have been rated as very large just a few months back.  Many of these projects were covered in previous DFN articles so I will only discuss a few of the new ones. 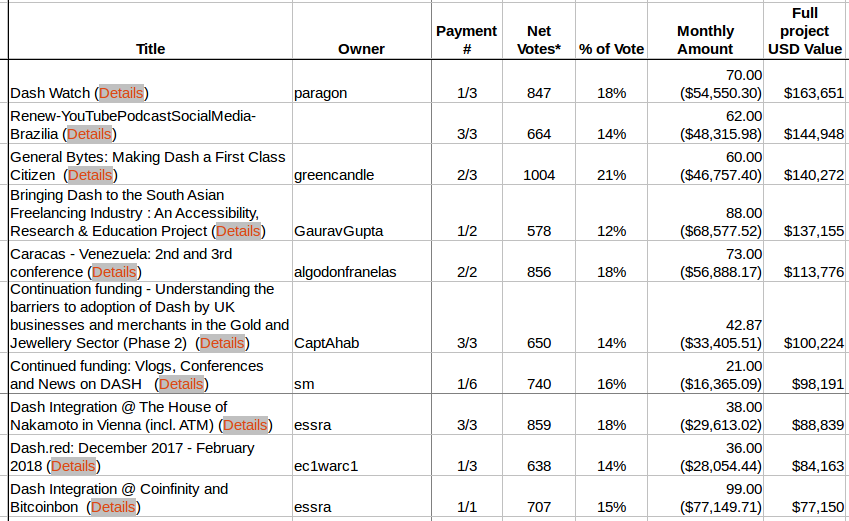 This project will provide a single source of proposal status information which should greatly help with the “oversight” of many many open projects.  I for one will be very happy to have a single place to look for status info.

This escrowed project will add Dash to all General Bytes ATM’s and their POS system.

“This project aims to promote adoption of Dash as Commercial Currency across the large and growing freelancing industry in South Asia, educate new users and research challenges to its adoption.

Freelancers accepting Dash can allow the Dash Community to start using their coins for backend services like IT / Graphic Design / Digital Marketing without converting to Fiat Currency; Building a small services loop.”

This will flood Austria with 4,000 locations (gas stations / news stands) to buy Dash and add the largest online exchange in the country.

It is hard to classify the return of Amanda B Johnson as a small project but as it is just for one month that is where it fits in. 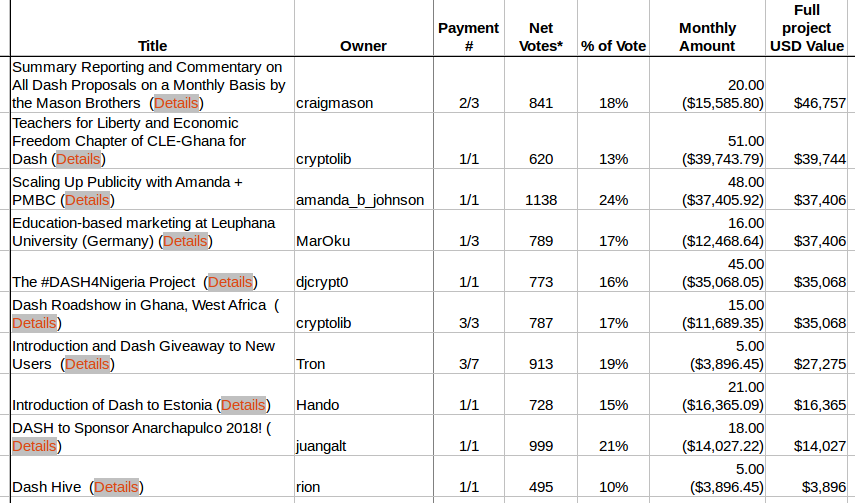 Most of these projects are focused on education and community building covering diverse places like: Ghana, Nigeria, Estonia, Mexico, Germany and Salt Lake City.

It seems the scale of projects funded by the Dash treasury will only continue to grow.  With the proposal fee itself now well over $3,500 it is more than many full projects were just six months ago.  I see this as a good thing but it will take diligence to fund only the “good” projects and follow them to their completion.