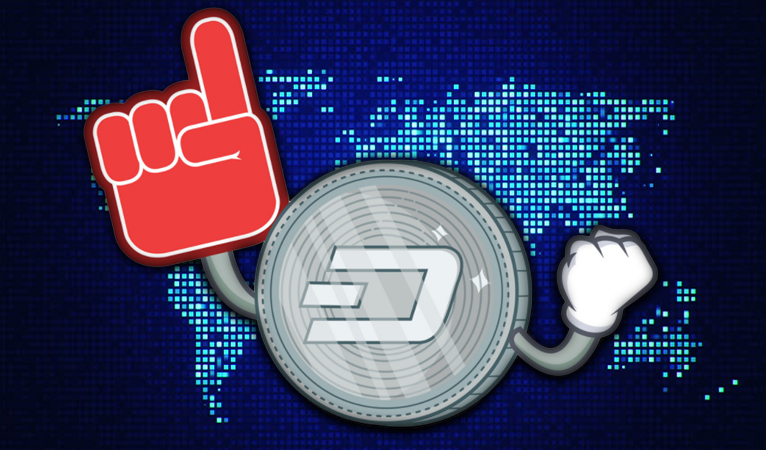 I have to confess that I haven’t been keeping up with the development of the Dash community and ecosystem nearly as much as I should. This happens from time-to-time, and is one of the only things that kept me sane during the terrible bear market of 2014 – 2016. If I shut my eyes really tightly and ignored things for awhile, it made those paper losses seem a little more bearable. Fortunately, we’re past all that, but it’s still possible to become a little disillusioned.

I’ve long believed that Dash’s treasury system is the most important feature of the project, and would become the prime driver of Dash’s growth in value over the coming years. You can imagine my glee last year as the treasury budget continued to grow – and my disappointment as hundreds of thousands, or even millions, of dollars went unspent every month. I kept wishing for more, bigger, Core Team proposals. I wanted to see us really reach for something big – code reviews, major marketing campaigns, things of that nature. I was disappointed and frustrated to see so much potential being lost each month.

I have a second confession: I haven’t given nearly enough attention to community-based proposals over the years. My academic background is in history, and I can tell you there are two types of historians. Some believe that the major themes in history are driven by the “great men” (and women), people like Julius Caesar and George Washington. Other historians are convinced that these “great men” are themselves enabled to be great by all the ordinary people doing ordinary things to prepare their nations for periods of great change.

These historians, so-called “social historians,” believe that the people lay the foundation for the big moves that the “great men” make. I’ve always been more of a “great man historian” and have often neglected to see the work that large groups of ordinary people do to change the fate of nations – and projects. I’ve long been focused on the actions of Dash Core Team, and I’ve forgotten the importance of the community.

Joel assigned me to report on some of the Dash Venezuela projects, to update everybody on how they are progressing. As I began to do research, I saw a community that is coming together, self-regulating, developing synergies and is very professionally helping Dash to grow. These synergies are probably the most interesting, and exciting, thing about the community-based proposals. For example, Dash Help Venezuela very nicely complements the conference efforts of the Dash Venezuela team. Dash Venezuela engages new Dash users at free conferences, then Dash Help Venezuela takes over by providing free support and help desk services to these new users.

I’m not just talking about the Dash Venezuela group. There have been a great many community-based proposals over the past months that appear to really be producing results. In many ways, what we’re seeing now reminds me of Ethereum’s first year or two of self-organization.

Dash Africa, and the various Dash-funded groups they work with are a great example of grass roots growth. At the present, there are at least five treasury-funded teams working in Africa to improve people’s access to Dash, help it become accepted as a currency and even sponsor youth sports teams like the Dash Leopards. The latter promotes Dash through its work with a local kids’ soccer team, but also works to improve the players’ lives through educational programs.

It seemed like one day Ethereum was a minor cryptocurrency trading for less than a dollar, and the next day was a major altcoin and contender for Bitcoin’s throne, trading for hundreds of dollars with tens of thousands of users worldwide. I’m still not entirely sure how they did it, but the founders of Ethereum awakened a grass roots spirit in their community which went on to evangelize for the project and bring in countless new users. Dash, with its excellent community-led, treasury-funded initiatives, is following a similar path and will undoubtedly become the top contender in the payment-oriented cryptocurrency space.