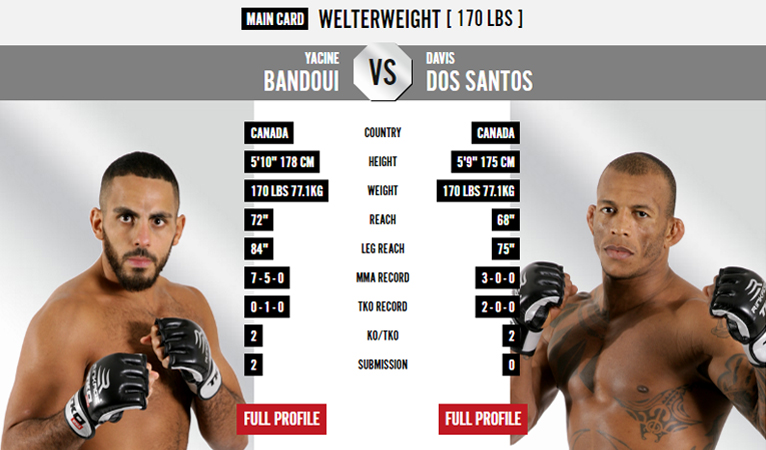 For the uninitiated Davis Dos Santos is an MMA fighter that has been sponsored by the Dash community for his upcoming fight at TKO 39: Ultimatum on Friday 16th June. The event starts at 6pm ET and will be broadcasted live on (Fight Network/UFC Fight Pass) from Complexe JC Perreault in St. Roch, Quebec, Canada.

Davis will be donning Dash logo branding to help give exposure and raise awareness about Dash to onlookers in the audience as well as people watching the event at home live on pay per view. 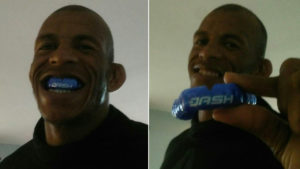 In addition to the mouth guard I also happy offered my services free of charge to help with new Dash logo graphics for the front and rear of the shorts that Dos Santos will be wearing in his next fight. 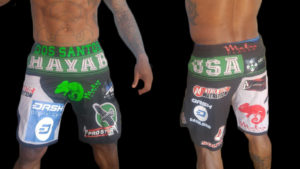 Originally from Brazil Dos Santos now resides in Montréal Canada where he now trains and fights from. I reached out to his team to find out more about Davis and what his back story was. Who was the man outside the octagon when he was not fighting and what his journey to becoming a fighter was. Well, like just his brutal fighting style Davis didn’t hold anything back.

All the greatest fighters of our time have found their strength and purpose by overcoming hardship in the face of adversity. Dos Santos is no exception to this either with a history and journey of struggle that without a doubt shaped Davis in to the fighter we see today. Dos Santos is the real deal, a born fighter with the heart of a warrior and unquestionable determination despite the odds.

Davis Dos Santos was born in the city of Aracaju Sergipe, Brazil on 03/29/1980. Davis had an incredibly difficult childhood and his family was very poverty stricken. Despite this hardship Davis proudly explains how he discovered surfing as his outlet for escapism at the age of 9 and instantly fell in love with the sport and Dos Santos informs me he still surfs whenever an opportunity presents itself. 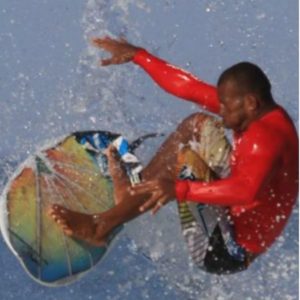 Davis left his mother’s house when he was 10 years old and he lived in the street. His father had a severe problem with alcoholism and whenever he drank would beat Davis. Jealous of the things he could not provide his son Dos Santos recalls memories of his father breaking his surfboard which was a gift from his friends who gave to him knowing that he could not afford to buy. Davis informs me that everything from clothing and accessories that his Dad could not afford to give him, his father destroyed.

In order to survive homeless living in the street at such a young age he would wash cars, clean courtyards, and help in the factory of a surfboard manufacturer which enabled him to get a surfboard so he could pursue his love of surfing.

At the age of 14, the father of a friend gave Davis the opportunity to live in a gym. Davis started practising Judo, Jiu-Jitsu, Capoeira among other martial arts. At the age of 25, he moved and relocated to live in Salvador where he met the mother of his son who persuaded Davis move to Canada with her when he was 27 years old. After arriving in Canada he began to practice martial arts more intensely. Davis competed in 35 amateur MMA matches from 2008 to 2010.

In 2009, Davis had the opportunity to join the MMA Academy where he trained the team of George St. Pierre with the help of his ex-wife. He spent 4 years training in this academy and dedicated himself to the profession and focused on improving his skills and mastering his craft. 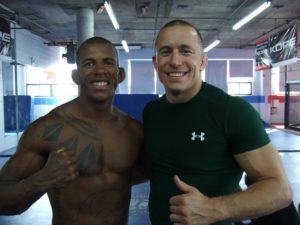 This brings us up to date for Dos Santos fourth professional fight taking place this Friday June 16th, 2017 at TKO 39. Davis is extremely thankful to the Dash community for funding his sponsorship. The Dash Force team is excited and counting down the days till Friday. I’m told by his team that if Dos Santos wins his next fight he’ll be in line for a title match which would be fantastic coverage for Dash. If you missed our previous video interview with Davis Dos Santos you can watch here Meet The Dash MMA Fighter Davis Dos Santos

Mark Mason is the Co-Founder, Director of PR / Media & Webmaster of Dash News. He is a long standing member of the Dash community and is mostly involved in international outreach. Most known for his Dash activism, moderator role on Dash community Discord and as loyal Dash Force team member. Earned the nickname "Mr Hustle" by Amanda B. Johnson for his media and public relation skills. 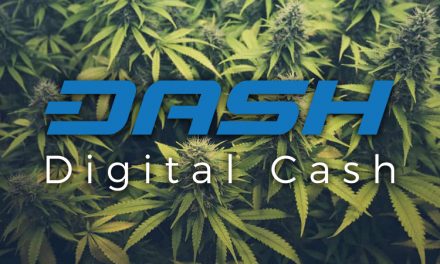 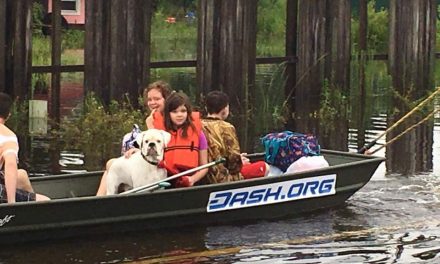 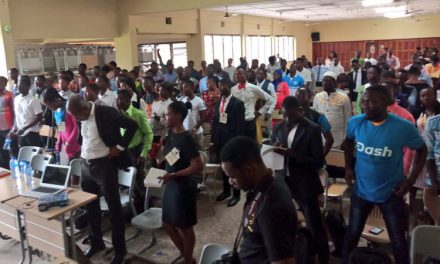