Dash People has been the sponsor of a few cycling teams in Russia and Finland, including the one in the video below. Dash Force News talked with Elena Besedina, who is in charge of most of Dash People’s operations, about their organization, plans, and progress of Dash adoption in the area.

The video shows highlights from The Russian Championship, also known as The Grand Prix in Sochi, that had around 130 cyclists from 16 Russian Regions and 5000 visitors and fans. Elena highlighted that this race was a “very old and important race in Russia” so it garnered a lot of attention. The Dash sponsored team took the gold and silver medal positions and sported the Dash logo on their jerseys and team car.

The Dash People cycling team also recently participated in an cycling event in Turku, Finland that was more international focused with 100 teams from all over Europe and had around 3000-4000 visitors and fans. The Dash cycling team member finished in fourth place, but the really cool part was the “Dash Champion” trophies that Dash People produced.

Dash People has also expanded its presence beyond major cycling races, such as helping organize a youth race in St. Petersburg for around 90 cyclists and 1000 fans. Dash People gave each winner a Dash Wallet with first place receiving around $200 USD worth of Dash. Elena also mentioned how they worked closely with government liaisons to get the event close to St. Petersburg state university. Dash People also sponsors a youth soccer team and triathlon athletes. Most of their funding comes from their personal budget since they really believe in Dash and want to further its adoption in the area.

Unfortunately, cryptocurrency has some major roadblocks to wider adoption in the area. Elena mentioned how, in Russia, there is the ability for users to trade cryptocurrency, but not use it in everyday life. Elena said that the government is working on a legislative solution, but that was originally expected around early June and has since been delayed due to “the need for more time to study” cryptocurrencies’ effects on Russia. She believes that the new legislation may be completed by the end of the year.

Due to the legislative difficulties Elena mentioned, they are looking to expand into Croatia in the near future. They picked Croatia due to its relatively friendly cryptocurrency regulations and their own personal connections, which would allow for quick Dash advancement. They are planning to continue sponsoring cycling events in Finland to gain exposure to Russians and other international competitors, but since Finland also has its share of regulation difficulties they are not planning to focus their efforts in the country.

Elena also talked about her recent trip to the Money 20/20 conference in Amsterdam where she got to see the Dash Core team interact with attendees and other vendors that were mostly old world finance and banking people. Combining her on-the-ground experience with her exposure to Dash Core members she noticed that Dash always seems to have one major unique attribute that attracts new individuals.

“Our advantage is that we have a very friendly attitude to visitors and have a readiness to give a lot of information. This is what makes us different.”

Dash finds a way to grow

Dash offers a plethora of unique features such as consistently low transaction fees, fast confirmation times, security, and everyday usage around the world. However, Dash further adds to these features its ability to easily explain Dash at various technical levels to individuals that are unfamiliar with the topic and customize the description for the user in a friendly way. Whether a user is someone with no technical knowledge and just wants sound money to buy coffee, a technological wizard that wants to know every detail, or somewhere in between, Dash is able to find ways to reach out to those individuals to answer their questions and show them how Dash solves their problems.

The ability for individuals to learn about Dash at so many levels is due to its very knowledgeable and motivated decentralized user base. Dash People is a great example since it grew mostly organically and is not always funded, but is still able to conduct outreach in countries with heavy cryptocurrency regulations. There are also groups in Venezuela, Africa, and Europe that help spread knowledge of Dash. The advantage of each group is their hyper-localized knowledge of their respective area and how to appeal to the businesses and people that live there. Thus, Dash is able to grow by using its unique decentralized, technological, and incentive features to adapt itself to fit the different desires of different consumers in different areas. 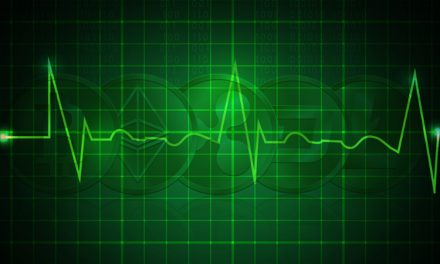