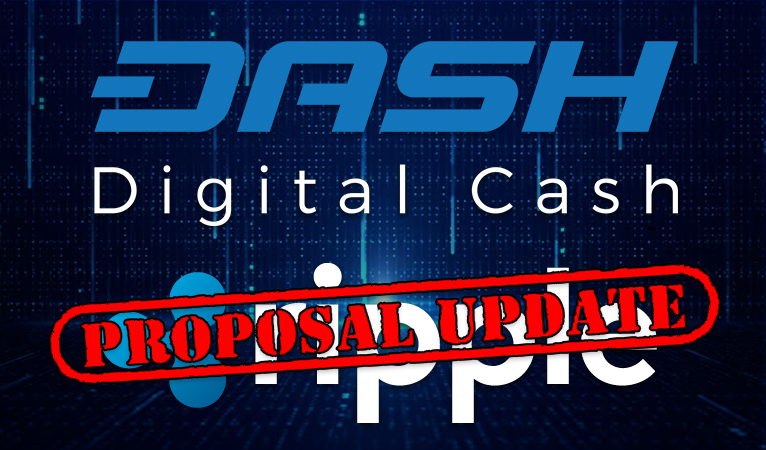 Ripple gateways are businesses that provide a way for money and other forms of value to move in and out of the Ripple Consensus Ledger (RCL). A gateway receives money (or other assets of value) outside of Ripple, and creates issuances in the Ripple Consensus Ledger. This provides a direct way for customers to get money in and out of the RCL. So we can think of it as a currency exchange.

Within a month or so you will be able to use a gateway to exchange Dash on the Ripple Consensus Ledger. The RCL is basically Ripples blockchain.  Another DFN article about Ripple Gateways provides further information on some of the benefits.

This proposal is what will get us there:

What we will deliver:

Dash implementation into GateHub platform will consist of three phases:

The work will be covered by a team of 2-3 people. The total expense consists of compensation for the team. Other costs are negligible. Development can start within 1 weeks of the day when the Proposal is funded. Total estimated development time is one month. 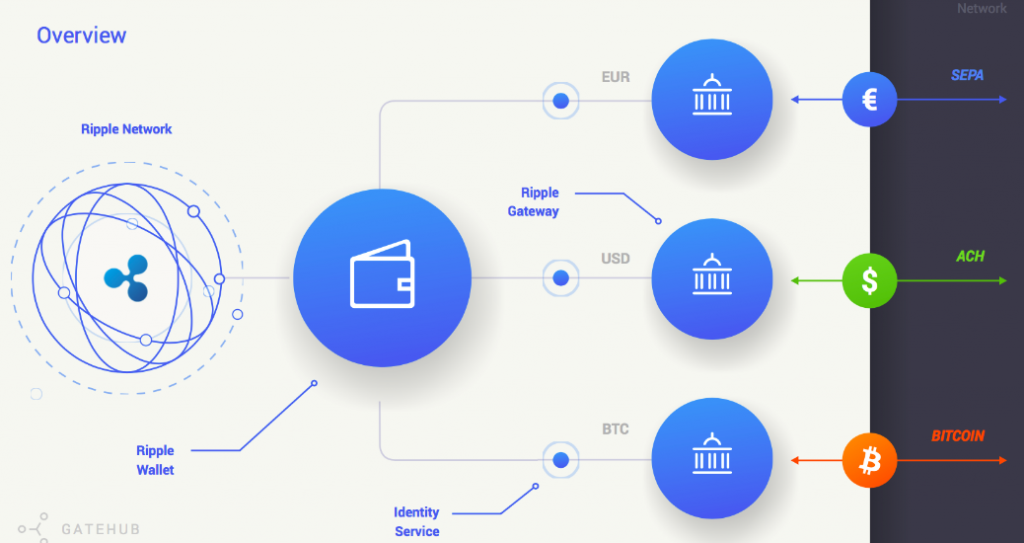 I asked the proposal owner ggololicic some questions to help understand what it was all about.

What are the benefits of the project – What problem will it solve? – Who do you expect to use it?

The biggest benefit is not the technological part of the project but the reach Dash will receive being exposed to our big user base (close to 300k users) and potential of the whole network we are building for the future.

GateHub Gateway is a hosted “SaaS” Ripple Gateway which we operate and maintain for you. Our goal is to build a network of gateways that allows users to draw upon any store of value to pay anyone, anywhere, in the currency of their choice. Gatehub currently has 100,000 users and connects to the broader Ripple network.

We provide infrastructure and services needed for creating: 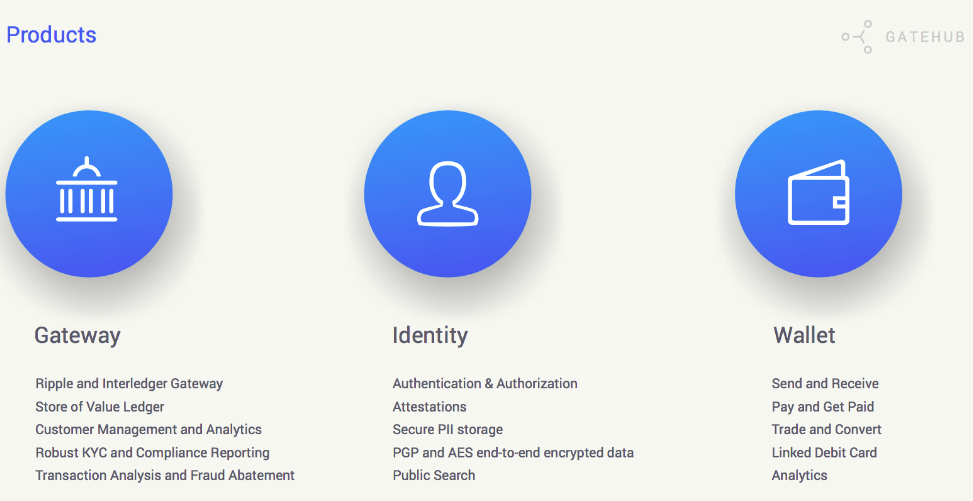 GateHub Network is a hub operated and maintained by GateHub. While the creation, control and transfer of assets is decentralized among participants (gateways) our network’s standardized operational procedures ensure consistent safety and quality standards for each gateway in the system. GateHub Gateway is an organization operating on the GateHub Network.

How it would work for a “user” of the service?

Users will receive an option to enable DASH in their multi asset wallet. As soon as they enable it they will be able to deposit and withdraw DASH but more importantly they will be able to trade it against every currency currently supported on ripple network (USD, EUR, BTC, ETH, Gold, BGP, Pounds etc…) 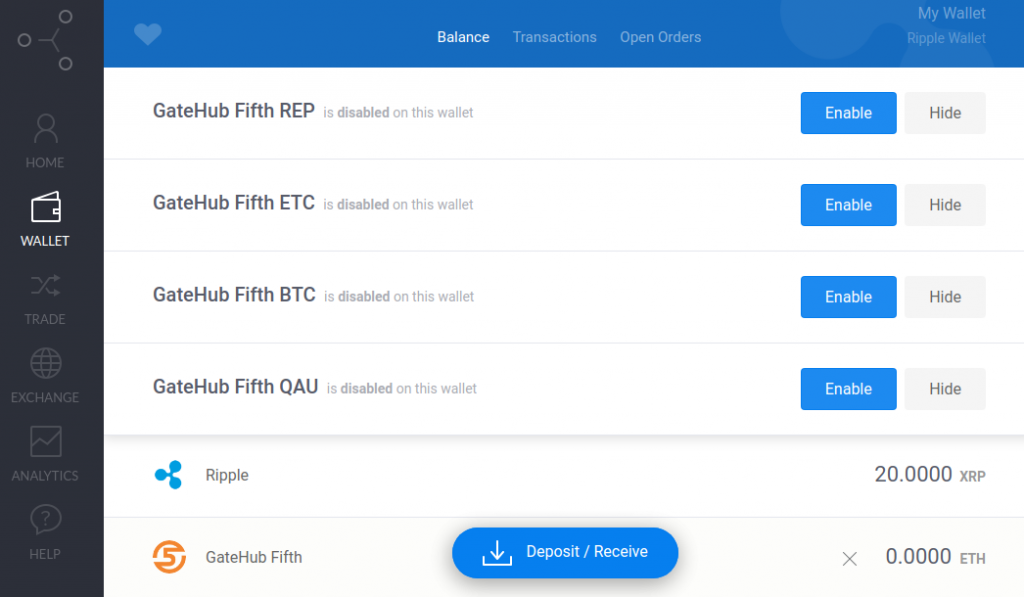 What is your current timeline for when you expect it to be ready?

We are targeting launch by end of August. Unfortunately the project was delayed due to additional work we have with bitcoin forking and the Quantum project we integrated into our platform to bring even more liquidity to the Ripple ledger. We are also working closely with GlobalID project and we are bringing lots of new features soon to Ripple and GateHub. Currently GateHub is under a big reconstruction behind the scenes which will feature a lot of new things by the end of Q1 2018.  I am very excited to be part of such an awesome team full of passionate people.

What is GateHub Fifth?

We started GateHub with the vision to expand the Ripple network with new gateways which will be easier to operate on our platform. This year we are starting to make our vision become reality. I co-founded Fifth with Matija Mazi which is the first but for sure not the last GateHub affiliate gateway. GateHub Fifth is a gateway whose only concern is to connect more crypto ledgers to the ripple ledger and interconnect each of them.

Tell us something about your experience / how you got into crypto.

I am a person who is always interested in technologies that have the potential to change the world for the better. I first heard about bitcoin in late 2012 and was instantly curious about how it works. After studying it a bit I got an idea to use it as a proof of existence – an app where you could write a document and hash the content and then save the hash in the blockchain – the project then won a local hackaton. After that I tried to build a bitcoin game which was interrupted when I met the Bitstamp founders and started to collaborate with them on a mobile app project.  I was developing the mobile app with a friend for a while and the designer for the app was Enej Pungercar who was currently working on some new shiny project today known as GateHub. After he visited San Francisco with our friends Damijan Merlak and Nejc Kodric he impressed the investors and got enough money to start the whole project which I was invited join. Fast forward 3 years and the many ups and downs we had and we are still growing.  This is due to the awesome people who worked many late hours to build such a platform, but more importantly to build an idea that we all believe has potential to change the world in a better way.

I look forward to being able to actually see this in action.  I am excited to think about the number of new users that GateHub and Ripple can provide access to buying and selling Dash.  It will be interesting to see the number of new Dash transactions that happen with this gateway. 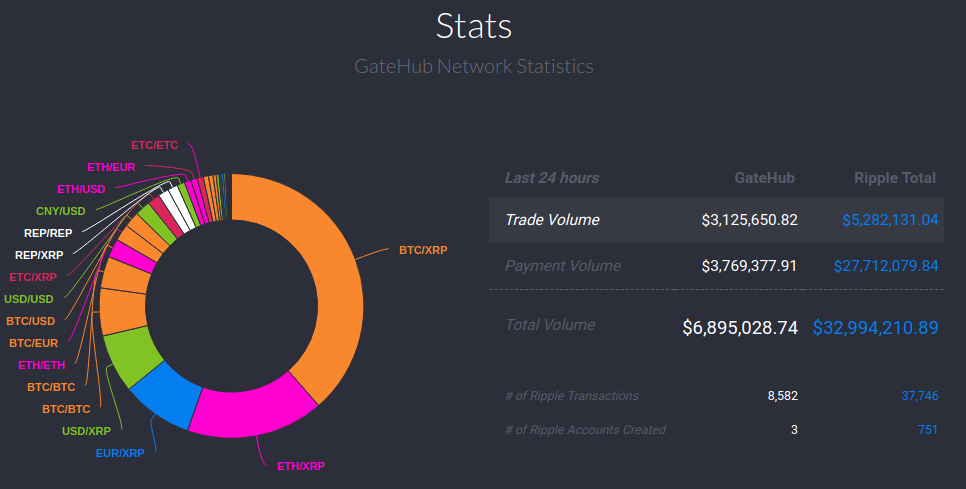