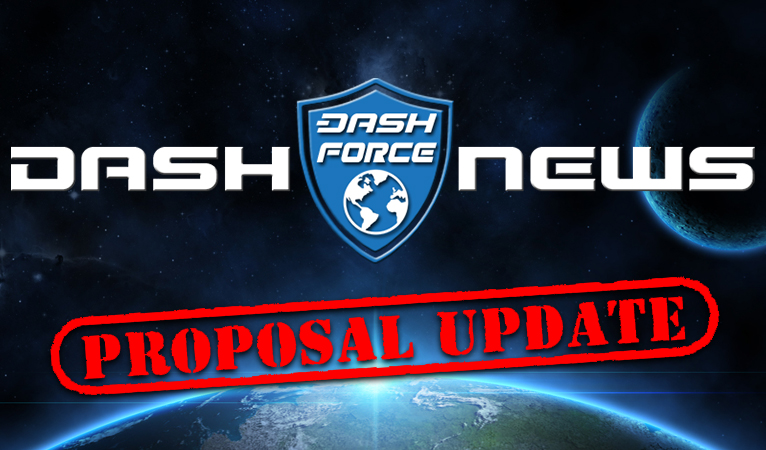 Dash Force has been a part of the Dash community since December 2016 back when the price of Dash was $8.74.  It started out as a small group of 3 active community members.

Our aim is active engagement, reddit discussions, forums, twitter engagement, article comments. We also aim to weed out Dash disinformation wherever we find it because there’s plenty of it and to present the Dash value proposition in a positive manner.

After operating for 9 months Dash Force has grown a lot but still follows that core mission.  Dash Force now also supports 2 websites and an active YouTube channel with over 20 full and part-time staff.  But everyday the “troll patrol” is out there working against the “forces of evil” and providing honest information about Dash.

Previous to the actual funding of Dash Force there was a proposal submitted to the Dash treasury with the Dash Force name.  Reading through the comments the original team was not who the masternode voters wanted to run this project with almost 2 to 1 voting against it.  It was also for 6 months which was too long for a first attempt.

Our aim is to be actively engaged on social media and to fight for Dash wherever and whenever it would be required. Other projects have well organized teams conducting such efforts in an effective manner. Our Dash Force team will be limited to 7 members.

Not being seen or heard on social media can create a negative perception, that of a project that doesn’t have a strong following. Bitcoin managed to get where it is now because it had a hardcore community following of crypto enthusiasts. Dash Force aims to be the engine driving community growth by energizing and mobilizing the Dash community.

While this proposal was rejected many people thought it was a good idea and wanted it to move forward but were not comfortable with the proposer.

This one month proposal for December 2016 passed with strong support. It was based on the original but to be implemented by a different team.  It was submitted by Mastermined a long time community member that had been very active supporting Dash in cryptocurrency related social media.

The first renewal of Dash Force was for 2 months and committed to more of the same as the first month with some focus on starting contests to incentivize the community to participate where needed.

Significant growth of Dash Force staff and activities started in this period with Mark and Joel coming on full time in April and then in May they became partners with Masterminded to run Dash Force.

Dash Force News and Discover Dash both started operation during this cycle along with the Dash Force YouTube channel.

This Dash Detailed Spotlight video interview with Mastermined goes into the history and current projects.

The current proposal payments are completed and a new proposal for further funding will be out soon. With the Dash price going up Dash Force has benefited by being able to provide more services to the community.

Dash Force News publishes 2 new articles everyday covering the Dash community.  There has yet to be a day when something notable was not going on – we live in interesting times.  Fortunately we have a lot of good news to cover.  DFN is also starting to translate articles into 5 other languages.

Discover Dash currently has 261 business locations that accept Dash.  The site is actively maintained and strives to be “the” site for Dash business listings.  Plans are to continue to grow this and provide easy to use guides for merchant adoption.

Dash Force YouTube – The channel currently has over 1,200 subscribers with 2 regular weekly shows.

Meetup Contests where this past month had meetups funded by Dash Force in Mexico, South Africa, Haiti, Germany, Russia, England and the US.

Disclaimer: As the author of this article I am a part-time staff member of Dash Force.  For the record within my “beat” proposal reviews and commerce tools I have complete freedom to pick my topics and for better or worse 😉 have never been edited for content.