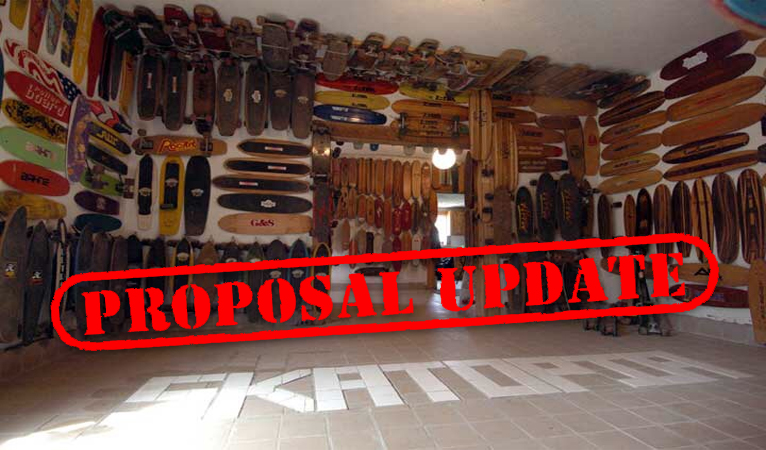 Skatopia is an eighty-eight acre skatepark near Rutland, Ohio owned and operated by pro skater Brewce Martin. Skatopia is known for its anarchist atmosphere and annual music festivals Bowl Bash and Backwoods Blowout.  It was described by one writer as “a demented mess that meets halfway between an anarchistic Mad Maxian Thunderdome and a utopian skateboard society.”  Check out wikipedia for a history.

The Skatopia website now sports a “Dash Digital Cash” banner.  The Dash masternode owners funded a major sponsorship of the “Bowl Bash” on June 16 – 25 and a new skating bowl in a prime location at the park.

They provided a lot of detailed budget information for the proposal and this video.

I talked with Tony who actually entered the proposal and has been the communications person for the project to find out more.

How are you involved with Skatopia and crypto currency?

My name is Tony, and I was the one who put in the proposal for the guys at Skatopia I am a friend of the family and sort of their de facto “tech consultant.” I have been in Dash, but not owning a Masternode, since right before they changed names away from Darkcoin. As such, I am a Dash enthusiast and low level speculator (investor?). I have no real coding skill so I never was any kind of official volunteer. I didn’t find a niche in the community until this project. Promoting events and helping people with troubleshooting basic tech stuff in that process is really what I’ve been doing for a while. As a Dash fan, you can imagine my excitement when the proposal passed. 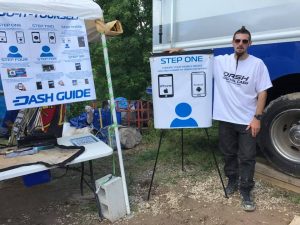 It looks like you entered the proposal on April 23rd and asked for 3 equal payments to track when you were spending the money and doing the work.  It seems you got the payments started later than you wanted.  How did that work out?

I messed up the budget request and had the payments set for AFTER the event. Please don’t let this reflect on Skatopia. Those guys busted their humps to satisfy me, because I became the de facto quality controller, as far as Dash was concerned. They did EXTRA everything … giveaways for merch and added discounts for using Dash. They made all the signs larger than contracted, made all the painting larger and added free stencil work and a whole new large sign that can be seen all over the park (the retaining wall for the Dash Expansion overlooks the entire park). They made a point to direct skaters to Dash areas with signs to make ESPN take shots with it in the background repeatedly. Brandon and Brewce are both excited about Dash as a project unto itself now, and Brandon is going to hold Dash out of the last payment for investment purposes. Brewce is a major connection to our future adoption efforts, because he has so many connections in the extreme sports and apparel business.

I saw the pictures of the shirts, posters and “training info” how did the actual use of Dash go at the event?

Considering the weather, it went very well. We had issues with rain, then the sun was too bright to use the scans of QR codes reliably, but that was cured by relocating them to a shadier area. People didn’t want to take a free $5 in Dash at first, because they hated waiting around for the process of getting the wallet. So, Skatopia offered a 50% off any $10 t-shirt if you paid in Dash, and since I was giving away a free $5 in Dash, people got free shirts, essentially.

The discounts spread around, and before long everyone wanted free Dash, but still most wouldn’t allow us to film or take pics. So, we started handing out $3 to people who would not allow evidence of the process, and $5 to those that would, or to bands (due to their ability to promote as well), or to the ESPN guys. We gave out the same $375 in Dash we planned, but to more people. Much of it ended up with the vendors, so they were happy, and a lot of broke people got to use Dash with the food vendors.

I did tutorials for small groups, and let individuals use the self-help how-to step-by-step. It worked great. If anything was a great success, it was definitely the giveaway and the how-to board. More people wanted to use it than use me… I guess they didn’t like feeling like they were uninformed or maybe they just like self teaching. Not sure. I would totally recommend a DIY how-to for any large event like this.

What do you think skatopia learned about using Dash / cryptocurrency? What could help make it work better for your event?

This is a picture of the Dash bowl – it’s hard to see the scale of it without an overhead with people in it but it would be a very big swimming pool.  They have also painted more Dash signs around the edges.  Living in Florida I know you don’t get much of a pool installed for $6K.  If you are a skater looking for a unique vacation spot Skatopia seems like a good time.

The folks at Skatopia have plans for further growth with Dash.  They want to bring on more businesses to accept Dash and make their local community Dash friendly.
[youtube https://www.youtube.com/watch?v=zxHf7m-jTHQ]